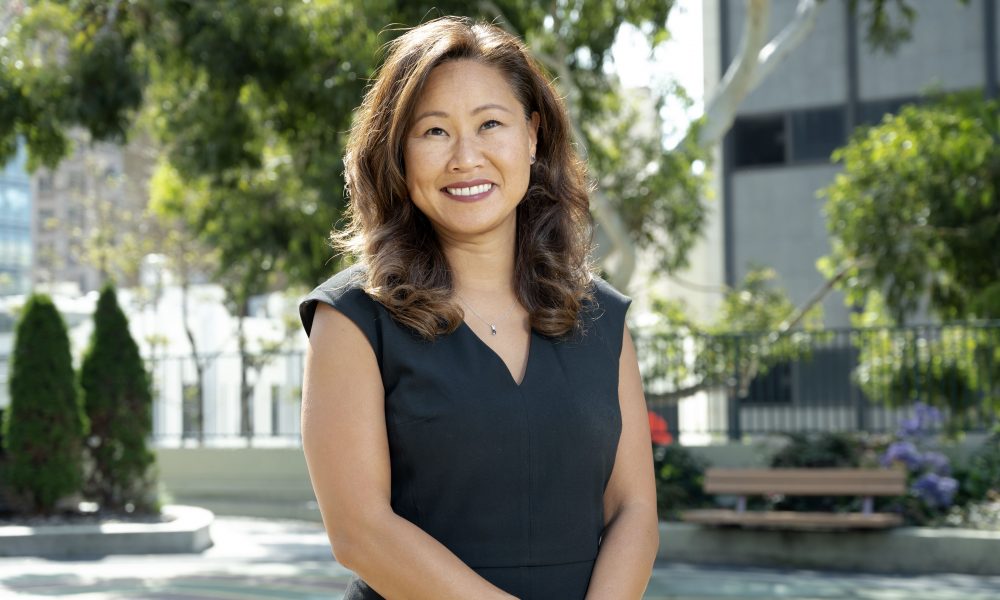 As society slowly recovers from all the changes wrought by Covid -19 and its variants, Walkup Shareholder Doris Cheng is busy concentrating on what the legal world will look like as it rebounds from full and partial court closures, case backlogs, and in-person trial limitations. She is currently collaborating with judicial officers and other litigators on a whitepaper for the California Lawyer’s Association as the Chair for its Task Force of the Future of the Legal Profession.

Advocating for injured clients who are often unable to take care of themselves is at the core of what Cheng excels at as a trial lawyer with the powerhouse plaintiff’s firm Walkup, Melodia, Kelly + Schoenberger.

“Because everybody has suffered in some way or another through this pandemic, we all understand pain and suffering better. We all understand how much we value physical and emotional freedom,” she says. The more remote we are, the less empathetic we are to our fellow citizens,” says Cheng.

“Our clients are all survivors of an incredible injury. Each of our clients is special, and they each have a unique story. Their stories should be told and deserve to be told to and judged by jurors who hear and see trial evidence together in a public courthouse.”

By giving a voice to her clients, telling stories in the courtroom comes naturally for Cheng, who considered using her English degree from UC Davis to become a novelist. Instead, following the advice of a professor, she gravitated towards law school. “I love being on my feet and talking to people in the courtroom setting; I feel at home.”

A native of San Francisco, Doris found her professional “home” with the Walkup Firm in the city’s thriving financial district. Starting first as a law clerk and then as an associate. She got an opportunity to work with some of the most experienced and talented legal minds in the field. “I learned a lot from each of the partners that came before me, like Paul Melodia, Mike Kelly, and Rich Schoenberger. Just seeing the way that they work, the way they deal with clients and defense counsel. I picked up something from everybody,” said Cheng.

The verdicts and settlements she has recovered have helped expose dangerous conditions and improved public safety for everyone.

She recently secured a settlement on behalf of the parents of a Marin County child who was crushed to death by a defective gate on a private school campus. “Parents and children should be able to trust that every school is keeping children safe.  But what many people do not realize is that the facilities at private schools are not regulated.  This gate had fallen one month before, and no one took steps to determine the root cause or to prevent this from happening again,” said Cheng.

Another area where Doris has focused her efforts is in the area of carbon monoxide poisoning. One of her cases led to the first law in California requiring carbon monoxide detectors in dwellings. “The family’s heater filter became dislodged and obstructed airflow, causing incomplete combustion and carbon monoxide. Lethal amounts of CO flowed directly into the home where the family member was sleeping,” said Cheng.

This tragedy turned into a catalyst for change.  The family testified at the state capitol and worked with lawmakers to enact legislation. Senate Bill 183, known as California’s Carbon Monoxide Poisoning Prevention Act of 2010, requires that all residential property be equipped with a carbon monoxide detector when there is a fossil fuel burning heater or appliance, fireplace, or an attached garage.

Doris has also been active in civil rights litigation. She represented the family of a 67-year-old African American man who was fatally shot in his apartment by two white officers. The city and the property owners agreed to pay a total of $1.4 million in a settlement, which was the largest settlement for a civil rights case in Little Rock. The city also issued an apology and erected a memorial bench.

While women and minorities make up a small percentage of the plaintiff’s bar, Doris actively pursues leadership roles in the legal community that helps raise the visibility of underrepresented groups.

She has also traveled abroad to train lawyers and judges in Kosovo, Macedonia, Mexico, Singapore, and the United Kingdom. “Part of it is about giving back to our profession, and there’s the selfish part. When I’m not actually in trial, teaching trial advocacy is the best way to keep my mind in the game of how to prepare cases, how to represent clients best.”