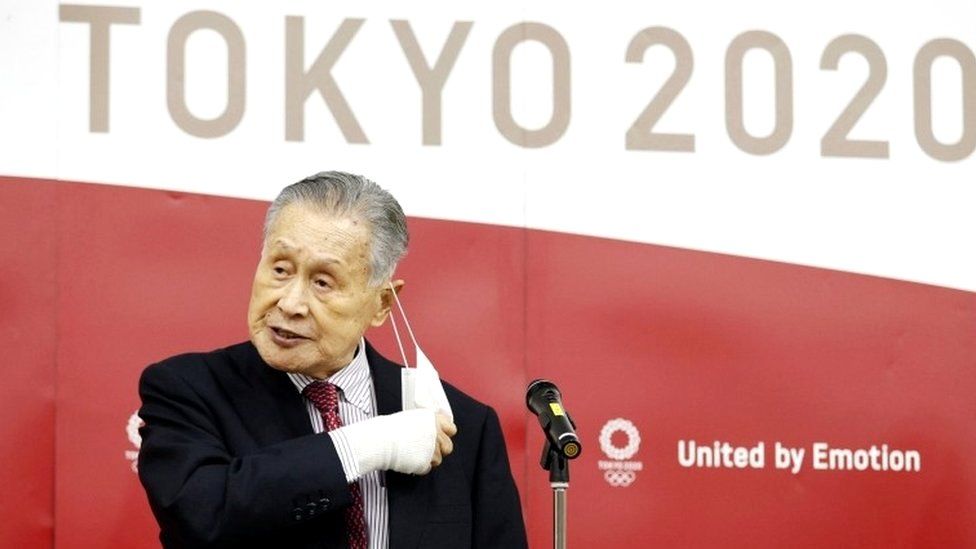 The chief of the Tokyo Olympics organizing committee has resigned after being criticized for making several inappropriate remarks about women.

Mr Yoshiro Mori, 83, was quoted as saying women talk too much when together and thus meetings with many female board directors would take a lot of time.

His remarks set off a firestorm of protest, and Mr Mori apologized at the time but said he would not be resigning.
In a special committee meeting, Mr Mori addressed the members and stated it is crucial to hold the Olympics in July.

Since his presence is becoming an obstacle, he chose to hand in his resignation.

As of yet, no one is found to replace the former Japanese prime minister. People protested the replacement Mr Mori suggested to replace him who is a well-known sports administrator Saburo Kawabuchi.

Toyota’s president Akio Toyoda who is one of the biggest Olympic backers stated the company was disappointed.
Different types of protests are happening against Mr Mori. For example, a group of male and female lawmakers wore white. Simultaneously, the Tokyo governor refused to attend a high-level Olympic officials meeting, and about 400 people withdrew their application to volunteer at the games.

The committee’s board currently has 24 members, only five of whom are women. In contrast, the committee’s agenda was to increase female members by 40 per cent in 2019.

Disregard everything Mr Mori said that if the agenda is to be completed, they should restrict their speaking time. They should understand their place like the woman in the organizing committee. Moreover, Mr Mori has been known in the country for his string of blunders and undiplomatic statements.

He mentioned to Japan’s Mainichi newspaper that his family member’s females had also scolded him for his comments.