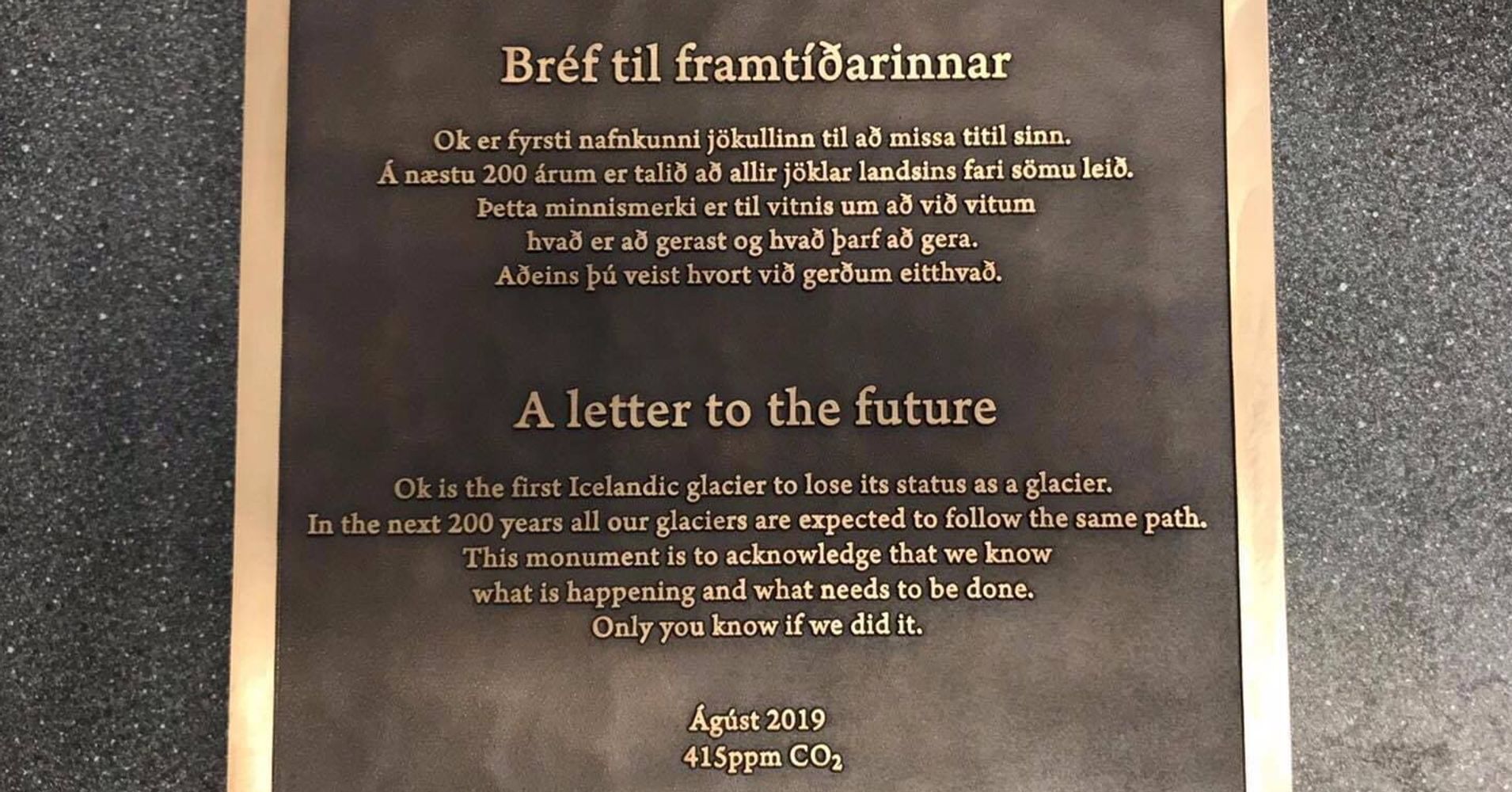 Scientists are memorializing what they’ve described as Iceland’s first glacier lost to climate change with a somber monument and “letter to the future” reminding humans to do better at tackling global warming.

The monument is slated to be installed next month at the site of the now-extinct Okjökull glacier — nicknamed the “OK” glacier — in Borgarfjörður, Iceland, by researchers from Houston’s Rice University and members of the Icelandic Hiking Society.

The glacial gravestone remembers OK as the first of Iceland’s glaciers to lose its status as a glacier after warming temperatures caused much of its ice to melt. It also contains a warning about the dire outlook for Iceland’s 400 or so remaining glaciers and the urgent need facing humanity to tackle the threat of climate change.

“In the next 200 years all our glaciers are expected to follow the same path” as OK, reads the message. “This monument is to acknowledge that we know what is happening and what needs to be done. Only you know if we did it.”

The date of the monument’s planned installation  ― August 2019 ― is printed at the end, along with the phrase “415ppm CO2,” a reference to the record-breaking amount of carbon dioxide recorded in the atmosphere in May this year.

Cymene Howe, an associate professor of anthropology at Rice, said in a statement that the monument to OK “will be the first monument to a glacier lost to climate change anywhere in the world.”

Howe, who co-produced the 2018 documentary “Not OK” about the lost glacier, said she hoped that “marking OK’s passing” will help “draw attention to what is being lost as Earth’s glaciers expire.”

“These bodies of ice are the largest freshwater reserves on the planet and frozen within them are histories of the atmosphere. They are also often important cultural forms that are full of significance,” she said.

France braces for second heatwave amid fears of pollution spike