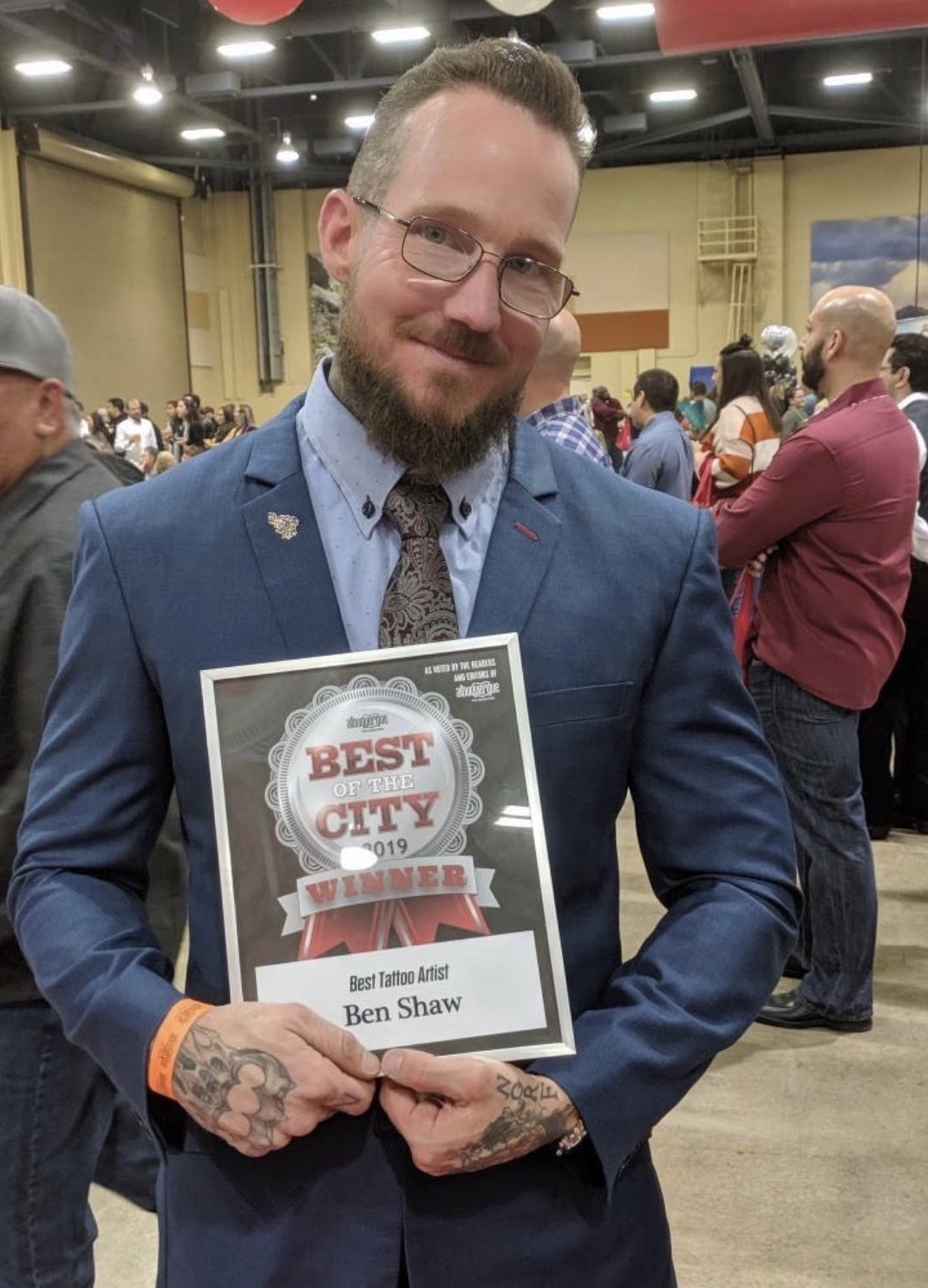 Since then, Ben Shaw has focussed on improving his art and he is working hard to bring ethics into the New Mexico tattoo industry. Ben Shaw believes that Albuquerque enjoys a high demand for tattoos from people belonging to different professions.

Due to the high popularity of body tattoos, the tattoo industry in Albuquerque is contributing to the high growth of the economy. Ben Shaw is spreading awareness among people about the unlicensed tattoo artists who are practicing illegally in New Mexico. He is warning people about the side effects of getting tattooed from unlicensed tattoo artists.

A few years ago, Ben Shaw decided to tackle tattoo regulation in New Mexico which was under the control of the Board of Barbers and Cosmetologists. In order to bring ethics into the tattoo industry, he drafted Senate Bill 275 with the help of Sen. Jacob Candelaria. Within a year, it got passed and it led to the creation of “Board of Body Art Practitioners.”

Ben Shaw is serving a chairman at the “Body Art Practitioners Board”. He is working hard to end the menace of illegal practicing of the art of tattooing. He is also the confounder for the Guild of Ethical Tattooists and Archetype Tattoo.