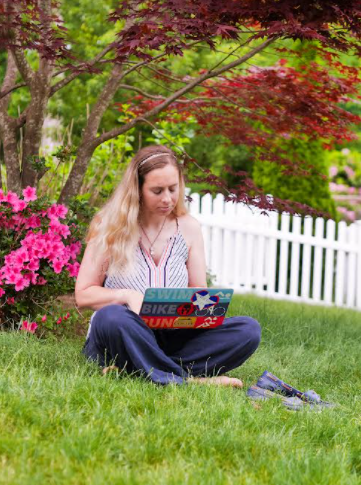 Nancy Mello is a psychic, medium, clairvoyant, and animal communicator. She works virtually with people and pets all over the world. Nancy has found 37 lost pets since March of 2020! She connects with those that have passed as well as those who are just missing from home.  As an animal intuitive/animal communicator, psychic medium, and clairvoyant, she has helped people and pets in all fifty states, four Canadian Provinces, and fifteen countries around the world. Nancy has helped find lost pets in places such as Athens Greece, Switzerland, Puerto Rico, and Vancouver B.C.

One of her favorite lost-pet clients was a cat in Switzerland, who ran off to the next town over. When  Nancy asked the cat why it ran it said it “wanted meat.” Unbeknownst to Nancy, the owner was a vegetarian and the cat was as well! Once the owner agreed to give the cat meat, it showed up within twelve hours, pawing at the door. Nancy and the owner couldn’t stop laughing- and the cat did in fact get sausage as a thank you for coming home.

Known as the “Mystic in Mystic”, Nancy lives in Mystic, CT. She has held public office in a  municipal position in her local town, which taught her how to fight for what she believes in.  Also, as Nancy talked with people from all different backgrounds, she became more understanding. Nancy’s family consists of two cats, two dogs, and one husband who is an active-duty Navy Submariner who is currently deployed.

When Nancy was six, her grandmother came to her soon after she had passed. Nancy ran and told her mom, and soon after she ran them both to a psychiatrist’s office. Nancy was put on over twenty psychotropic drugs between the ages of eight and eighteen to, “stop sensing.” Raised catholic, Nancy was taught that she needed to pray it out and that the demons were doing it. She never was “normal.”  Kids in school didn’t respond to Nancy positively, and teachers didn’t know what to do with her.

She recalls playing with “imaginary friends” and could actually feel people around playing with her. Looking back, she now knows these were her guides. During that time, Nancy also seemed to have an incredible connection to animals. They had pigs on the farm where she grew up, and they would cuddle with her and she seemed to sense what they needed. Animals would find Nancy when they needed help or when they were hurt.

Denying her abilities drove Nancy to extreme depression and anxiety. One night she decided to end her life by throwing herself in front of a train. As she sat waiting for the train, Nancy started screaming, “Why do I have this ability? Why? I hate being crazy!” But she could physically feel people around her, comforting her.  Nancy decided to be true to herself and allow her abilities to help others.

She moved forward with the support of her husband and a therapist.  In the middle of finding a place to go for help, she had the idea of creating a website to offer hope to others. The next morning, Nancy’s first website was born. (You can now find testimonials, psychic reading examples, a blog, and more on the webpage!) Within a month, her depression and anxiety had vanished, and it hasn’t been back since!

As a survivor of depression and suicidal ideation, Nancy comes to understand the connection between realms even more. Nancy works with nonprofits and pet rescues to help find the best homes possible for pets. Her goal is to fund scientific research to understand how those with intuitive abilities use their brain differently. “By understanding how clairvoyants use their brains in different ways, we can further help understand how the brain works and how we can help others.” she shares with us.

Nancy is now on social media like Facebook and Instagram courageously sharing herself with the world. She likes to call the content she creates “moms embarrassing their children on social media.” And, she also creates thought-provoking reels/tik toks that give a glimpse into what she sees as an animal communicator and psychic medium. Nancy tries to bring humor and levity to a forbidden topic of being a “psychic.” She loves to dance and will do so unabashedly as often as she can. Every other day Nancy posts inspirational quotes with something to think on for the reader. It generally has something to do with what she is going through at the time.

Even though she still faces adversity, she is open and vulnerable with her struggles as well as her joy. Nancy has a known stalker to this day who harasses her on the internet with bible verses and routinely messages people whom she is working with and tells them she is a liar and a fraud. There are many “Christians” who call Nancy an “abomination” and a “fear monger. As long as Nancy Mello knows that she is doing her work with good intentions to the best of her abilities and is helping people, that is all she can do and that makes her feel at peace.