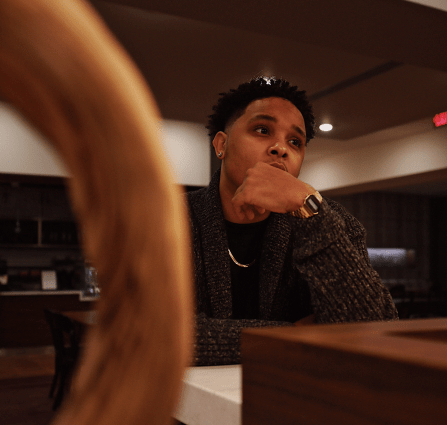 Detroit, Michigan has been known to produce some of the top musical talent in the world from the likes of Eminem to Big Sean, and numerous others. Next to follow in their footsteps out of Detroit is Tommy Martin aka Thomasmbeats or Tommy M, a 22-year-old producer and artist.

Thomasmbeats picked up music as a hobby when he was just 5 years old when his father gifted him a keyboard for Christmas. Tommy learned and got his passion to play from his dad as he was a producer and DJ. Once he reached high school, he began crafting and producing his own beats and joined the school’s choir, bolstering his skills as a producer and artist.

In college, Thomasmbeats took the next step and started selling beats he made, providing a decent income for himself and helped fund his early stages as an artist. Currently, Tommy is working on a new EP titled “4for4,” a new beat tape titled “Beats 4 Everybody, Vol. 5,” and an album. All three of which are set to be released sometime this summer. With a few highly anticipated releases on the horizon, Thomasmbeats is surely a creative worth taking note of.