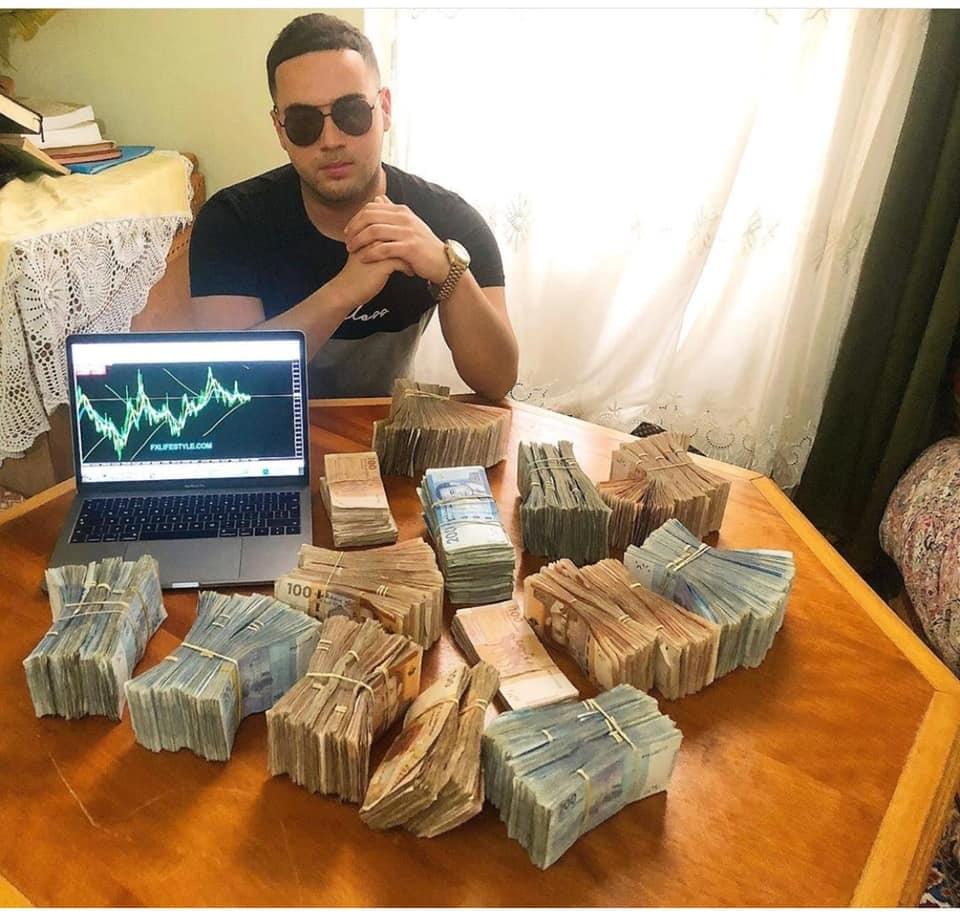 Samir Tahir known as FxLifestyle went from selling candy to Multi Millionaire Forex trader from his parents basement. He came from poverty & grew up In a poor neighbourhood In London City UK. There weren’t many options for a young fifteen year old who constantly dreamed of a life where he could afford nice things and give something back to his parents. His teachers had basically lost hope for him as he was uninterested at school and would always daydream. He’d never been academic and a university education was definitely not on the cards.

One day after school he waiting realised he had no money for the bus so he decided to sell his last chocolate bar for double the money he paid for. A  friend of his friends offered more money than the chocolate was worth so at that point he realised he could make additional money from selling chocolate, candy and soft drinks In the future. He started buying bulk candy from discount stores and sold them all at a profit. He finally made the grand sum of $60!

However, FxLifestyle was nearing the end of his school days and had planned to attend college which he wasn’t looking forward to but there wasn’t many options for him. He had to do something in his life and wanted to make his parents proud. He started practising Forex during college lessons & lunch breaks and wanted to Invest his last $60 that he made from selling candy and possibly grow it Into double the money. It seemed Forex trading was the answer so he started taking It serious as he saw many traders making a fortune.

Eventually with practice and more wins than losses he felt confident & went on to open a real trading account with a Forex broker. He started trading with that $60 from the chocolate bar sales and doubled It In the next 2 days. It was his lucky token and he was determined to turn that $60 into something extremely big! Eventually he realised he was an extremely good trader and when his wins were so good he decided to drop out of college as by this time he was making $1000 a week. He set up his own website called FxLifestyle.com and decided to offer Forex signals so others could copy all his trades for free. Forex signals are basically where you can copy the exact same trades that a professional trader would take on a daily basis. He wanted to share his trades with others and see other people enjoy the benefits of Forex trading.

FxLifestyle now has a Net worth of around $4 – $7 Million dollars and shares his trades to many customers all over the world. He also has a following of 500,000+ people on his social media! He lives a life of luxury and drives multiple exotic super cars such as a Lamborghini, a Rolls Royce and a gold Bentley.

‘Failure Is the biggest key to success’, quotes FxLifestyle. It’s especially important to him that his parents are living the good life and he can constantly spoil them. They were initially wary when he dropped out of college to begin a life as a Forex trader but they supported him throughout. He could have had a totally different life where inner city London crime is a constant thing but he was determined and has turned his entire life around.  He loves the fact that a chocolate bar basically turned into something huge and $60 turned into millions. He’ll always hold on to that $60 as it means a great deal to him and shows just about anything is possible in life!

Miguel V. Solano: The talented mind behind changing the life of artists and individuals with his expertise as a digital and social media marketer