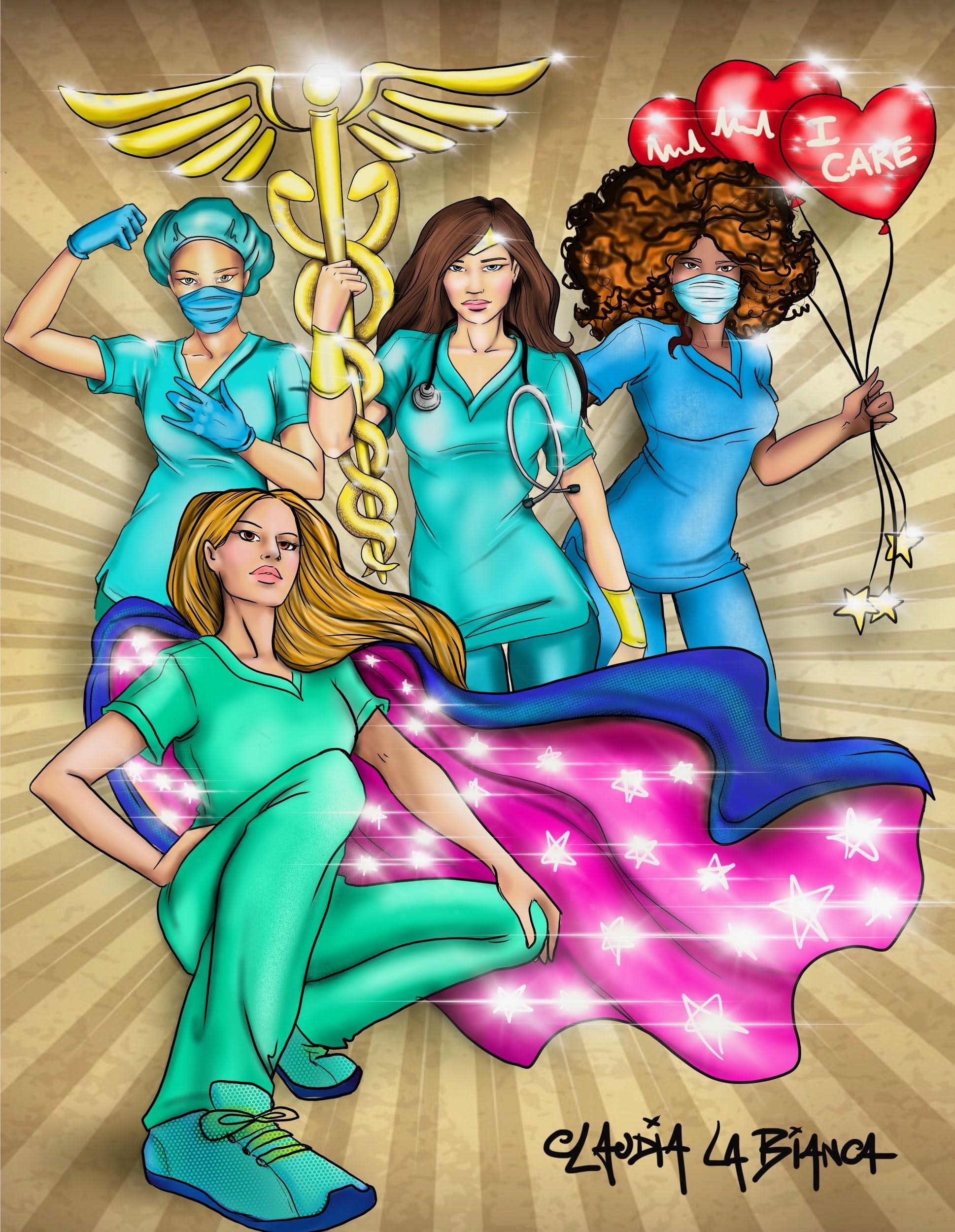 Women. There are over 66 million of them in the workforce of the United States, with this number growing rapidly. But while the number of female CEOs, Congress members, and academic leaders is continuing to rise, many are still not taken seriously in the workplace. In the back of the minds of those stuck in American tradition is a picture of a strong, logical, stereotypically masculine version of leadership. And this is not surprising to find in a country who has not seen anything but a male president in it’s over 200 years of executive leadership.

But as women and men alike have made the necessary steps to try and fight this social norm, a small handful are expressing themselves in a new way — art.

What better way to fight the good fight than creatively? Claudia La Bianca is doing just that. A contemporary artist from Sicily, Italy, La Bianca sends a clear message through her art: women are powerful, beautiful, and confident, and you should NOT mess with them. Through her street art displayed around the world — from the Wynwood Walls in Miami to New York City, to Italy – she is empowering women, and bringing a symbolic human element to the creative world.

She shared, “I was bullied growing up. My gender, my weight, and my artistic passion made me stand out, but I want to show other women, young and old, that having unique visions and interests isn’t just okay, it’s beautiful. I mean, look where it got me! I’m doing what I love with a family that I love.”

After moving to Miami from Sicily, La Bianca’s path to stardom took many twists and turns. She became a promoter of a handful of the exclusive clubs and lounges in the area – Crobar, Liquid, and the Space Terrace to name a few – and launched herself into professional life. But unsatisfied with her career, she started anew in the film industry soon after. And within a decade, La Bianca had produced and directed award-winning productions, sparking interest from names as big as Steven Spielberg. In addition, she has garnered serious public interest, her Instagram account @claudialabianca has over 18,000 followers and is rapidly growing.

When a friend and Wynwood Walls gallery owner reached out to her, La Bianca knew it was time to bring out her old paints. She took to work, bringing a wall on a building in the famous Miami Art and Design District to life and continued to push her message as her fanbase and commissioned work multiplied. Her murals portrayed “badass” superhero-like women figures in bright colors and colorful garments (or occasionally a lack thereof), and are now displayed across the world. In a new composition, La Bianca honored the female health professionals sacrificing their health and well-being to attend to those suffering from COVID-19. Presenting these women as fearless warriors bearing their armour and weapons — masks, scrubs, and gloves — La Bianca characterizes these women as the “real heroes” of the pandemic. Through her artwork, La Bianca’s is inspiring hundreds, if not thousands of people with hope and positivity in this time of despair.

In her next journey, La Biaca shared, she plans to pursue sculpting, transitioning from thirty foot murals to thirty foot sculptures, but will continue to be a beacon of hope for the feminist movement.

Claudia La Bianca is expressive. She’s controversial. She’s confident. But most importantly, she is a strong leader, a woman leader. And that’s something we could use a lot more of.