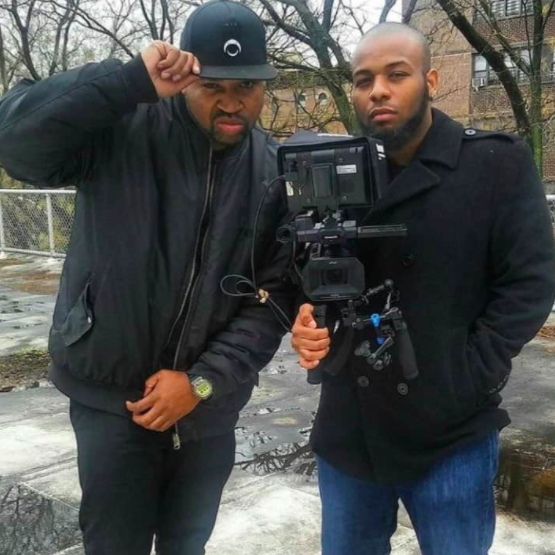 Karine Sho-Time Thornton, better known as Sho-Time, is constantly reinventing his media company Sho-TimeTV by incorporating valuable and meaningful video content that will soon impact other industries around the world. While Sho-Time is best known for his exceptional and exciting interviews with music artists from the hip-hop, R&B, and pop-rock genres, he has always been open to diversifying  video content.

Having added media and film into his company’s growing portfolio, Sho-Time is ready to conquer bigger challenges by working with an award-winning independent director and producer, Ricardo Cordero. Together, they are poised to offer short films and online video content designed to tackle pressing social issues such as racial discrimination, inequality, and the sad plight of black people. In doing so, Sho-Time and Cordero hope to open the eyes of their viewers and become more aware of the day-to-day struggles of ordinary families, including even those who aspire to become famous in the music industry.

Ricardo Cordero’s journey with film started when he was only 15 years old while he was in high school. He co-founded the independent film group Street Line together with his mother, Vera Edwards, who is also an award-winning independent director and producer. Cordero has successfully worked on projects that include Chick-en, Waiting 4 Mr. Wright, Perate, Rodent, and PPRESSED. PPRESSED is a 2016 battle rap film where Sho-Time played the lead role. The rising actor and business owner is also the casting director of Street Line and is now focused on preparations to shoot PPRESSED 2, where he will continue his lead role. Vera Edwards was also part of the project.

The films Waiting 4 Mr. Wright and Perate were both shown in mainstream theaters, a clear indication that Cordero, Edwards, and Sho-Time are starting to make a mark in the entertainment industry despite not having a big budget and a network of famous film personalities. As they continue to come up with relevant themes that audiences can relate to easily, it is highly likely that they will one day become a household name when it comes to exemplary media content.

At the end of the day, Karine Sho-Time Thornton and Ricardo Cordero are both motivated by the desire to be able to impact communities in a positive manner. They want to continue to produce stories and create visuals that will outlive them and become timeless reminders of the many life events that future generations should always remember.

Aside from becoming wealthy and staying healthy, Sho-Time wants to be able to give back to the community to help those who need it the most and create massive awareness on the good that needs to be done to elevate the way of living of many Americans. By telling their stories in an unfiltered yet sophisticated manner, they want to teach the younger generation that they, too, can pursue their dreams despite the obstacles that they may encounter. Sho-TimeTV is serving as a dynamic example of success earned through hard work, determination, and perseverance.

A Complete Guide to Successfully Making it in the City of Dreams, LA – by Gabriel M Padilla