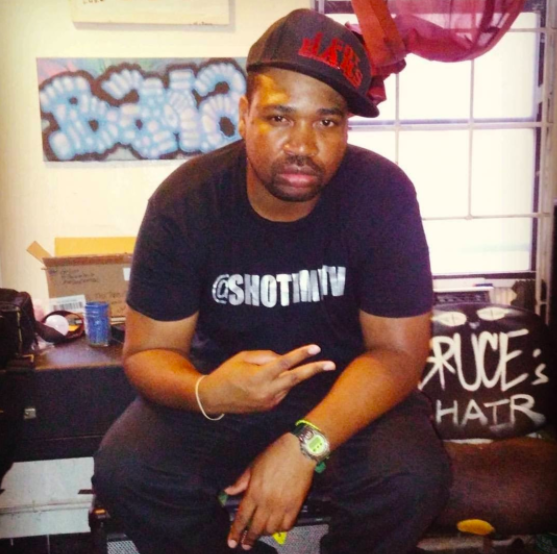 There are times when the elements of a person’s life seem to be leading them to a specific path. That is not to say that they are not in control of their destiny, but that multiple factors point to a pursuit of greatness in that field. Karine Sho-Time Thornton had art as a constant in his life, from childhood to his high school education, and currently, in his career as the founder of Sho-Time TV.

Karine Sho-Time Thornton was born in the Bronx, the hotbed of hip-hop that gave rise to tradition and culture as we know it. His passion for art brought him to the High School of Art and Design in New York, New York, and even after high school, the path he chose brought him to build a life and a career that revolves around the arts.

His entry into the world of art was as he studied architecture and animation but later, it would bring him the discovery of a passion for creating music. In collaboration with Tron on the Beat, Karine Sho-Time Thornton produced his earliest tracks. The development and establishment of his brand would drive him to explore other skills useful in the industry. As a result, the year 2010 saw the beginnings of Sho-TimeTV and its later transformation into a media outlet.

With his skill in media and film, he earned the privilege of working with numerous companies, including Def Jam Recordings, Sony, and Universal Studios. He has even created content featuring today’s up-and-coming and mainstream artists.

Today, Karine Sho-Time Thornton is known to be a man with a vision of allowing beginner artists to launch their careers in the music industry. With an innate inclination to leadership, success alone is not enough to satisfy his hunger for growth.

Sho-TimeTV serves as his platform to serve as a voice for upcoming and mainstream talents alike. Sho-TimeTV started as a small media outlet that has grown in size and influence in the years that it has been in the industry. Today, it prides itself on being a celebrity media platform and a battle rap league. Both the platform and the man continue to establish their authority in hip-hop battle rap and pop culture.

Karine Sho-Time Thornton possesses a wealth of talent and skills he honed in his many years. His skills will finally be shown off to a broader audience as he was cast as the hip-hop legend, Lord Finesse, for the pilot episode of Big L Bio Picture. Not much is known of the production as of writing, but witnesses have found them taping in various locations, including the New York area, Harlem, Brooklyn, and the Bronx.

Another project he is involved with is the movie PPRESSED 2, written by Vera Edwards and directed by Ricardo Cordero, which will feature authentic battle rap content and perfectly capture the elements of the actual hip-hop culture in modern America.

There is no shortage of creative ventures when it comes to this man. Find out more about Karine Sho-Time Thornton and keep up to date on his latest projects by visiting his website.