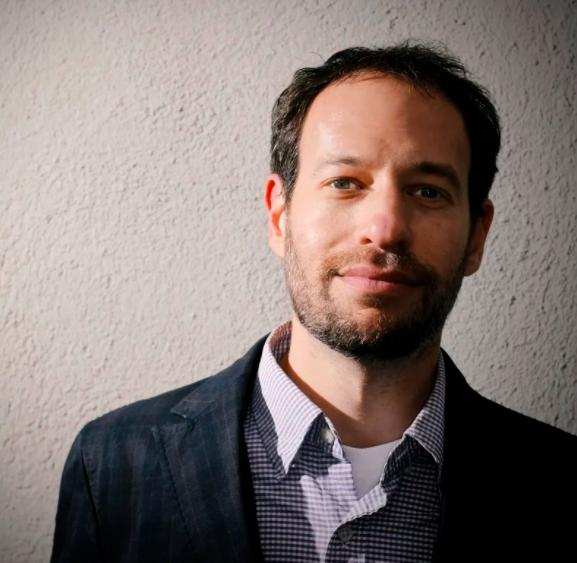 Lee Matthew Goldberg is the author of THE DESIRE CARD, SLOW DOWN and THE MENTOR from St. Martin’s Press. He has been published in multiple languages and nominated for the 2018 Prix du Polar. The second novel in The Desire Card series, PREY NO MORE, is forthcoming. THE ANCESTOR will be out from All Due Respect books in 2020 along with a reissue of his debut novel. His pilots and screenplays have been finalists in Script Pipeline, Book Pipeline, Stage 32, We Screenplay, the New York Screenplay, Screencraft, and the Hollywood Screenplay contests. After graduating with an MFA from the New School, his writing has also appeared in the anthology DIRTY BOULEVARD, The Millions, The Montreal Review, The Adirondack Review, Essays & Fictions, The New Plains Review, and others. He is the co-curator of The Guerrilla Lit Reading Series (guerrillalit.wordpress.com). We had a chance to catch up with Lee for an exclusive interview to discuss his latest book ‘The Ancestor,’ this is what he shared up with us:

How did it come into existence and what can new and existing fans expect from your latest literary work?

I was listening a song called “The Ancestor” by the band Darlingside and the whole book started to download. I pictured a man waking up in the Alaskan wilderness with amnesia, but he’s adept at killing a wolf and cooking it over a fire. He then sees a man who looks just like him and follows that man home to his family when a flood of memories come back, except they are from the 1800s during the Gold Rush era, meaning he was frozen in time.

I think this is the most literary of all my books while retaining a good amount of thrills. It grapples with the question of who we are and whether we are just a summation of our memories and pasts. It’s a book that deals with loss, but also has a good amount of adventure.

What was one of the hardest aspects that you found in writing “The Ancestor” vs. some of your other bestselling books and how did you overcome that challenge?

There was a lot of research for this one about Alaska and the Alaskan Gold Rush. I watched a ton of documentaries like Dawson City: Frozen in Time, and books such as Klondike: The Last Great Gold Rush by Pierre Barton. I wrote the book during a very cold winter so it helped me tap into middle of nowhere, Alaska. Also, my main character Wyatt is sympathetic, but does some very bad things to get what he wants. I needed readers to root for him the whole time, so a difficulty was making him as likable as possible.

There are so many historical aspect surrounding  “The Ancestor”, what are some of the methods that you used to develop the plot and love angle that you used while messing in the facts about life during the setting?

About a third of the novel takes place in the late 1800s. It is told as a journal entry that the main character writes while on drugs to tap into that part of his mind. The challenge was that I hadn’t written much historically so I needed to really get a sense of that era. During those chapters, I only read books that took place during that time so I could get the precise vocabulary and tone of the era down.

I love a good love triangle in fiction. This one is different because the two men look so much alike and might be distant relations. For Callie, the woman in the love triangle, she loves her husband Travis but they’ve been having issues, mostly because finances are tight. Wyatt becomes an ear for her and then, more. The question for readers is how much she actually falls for the lookalike man who isn’t her husband.

How did you get into writing and what compels you to keep writing especially during the pandemic that all of us are living in?

I’ve always been a writer. I remember writing books about my dog when I was a kid, so it was a career that I was meant to have. The pandemic has been challenging, but I had been working on a new book about a family of bank robbers in the 1980s when it started so I just kicked my ass to finish. I write everyday in Central Park when the weather is nice, so that hasn’t changed, except now I’m wearing a mask.

You are a seasoned novelist and as such other look up to you for inspiration, that being said if you can offer advice to anyone looking to get into writing, what would it be and why?

Learn to handle rejections. All writers, even seasoned writers, get rejected over and over. You can’t let it break you. If you’re determined, don’t take no for an answer and find those people in the industry that can start your career. Also, you have to love to write. If you hate it and find it a constant roadblock, this career is not for you.

If you can be any super hero what would it be and why?

Hmmm, right now it be nice to instantly transport from one place to another. I miss traveling during these times, and I’m not getting on a plane, so it would be great to snap my fingers and simply be somewhere else.

‘The Ancestor,’ is set for release on August 21,2020, having gotten a sneak peak of the book we can tell you that this is set to be the number 1 book of the summer.

Lee lives in New York City. Follow him at leematthewgoldberg.com and @LeeMatthewG and don’t forget to pre order your copy of the ‘The Ancestor,’ today!