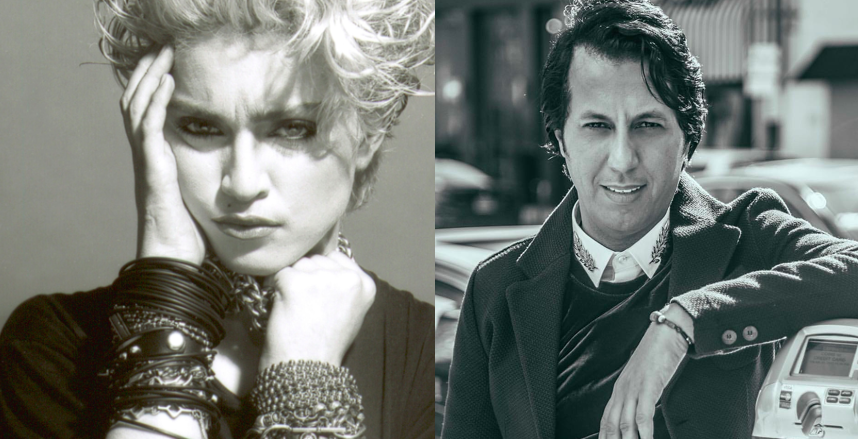 The famed Moroccan TV reporter Simo Benbachir, best known as the only Moroccan reporter actively working in Hollywood, is the only Moroccan reporter who attended Madonna’s famous Madame X show at the Wiltern in order to provide his viewers with a firsthand account of her performance. Simo Benbachir, known to his fans around the world as “Simobb,” attended the performance which was notable for its ban on cell phones, smart watches, smart accessories, cameras and any other recording devices. Fans who attended the show were asked to put their phones in special locked pouches, which could then be removed after the show was finished. Madonna is not the only artist in recent years to ask her fans to do so: more and more performers are asking audiences to lock up their phones to ensure that people are enjoying the show, rather than staring at their phones or watching it through a screen.

Simo would later inform his viewers that he found this a unique and refreshing experience, since people were not staring at their screens during the performance nor was the performance marred by constant flashing lights and phone screen lights. Instead, Simo – and the rest of the audience – could focus on the show that Madonna was putting on for everyone to see.

Simo’s review of the show was positive. He noted that Madonna’s famous banter with the crowd was just as fantastic as her music. She thrived on creating an intimate bond with the crowd, which was no doubt helped along by the ban on phones and other electronics. The music itself was a reflection of Madonna’s life when she was in Lisbon; and the music shows a range of influences and inspirations, including percussive Moroccan gnawa sound to a more melancholy Portuguese morna.

Even the visuals of the show were influenced by a range of cultures, including Moroccan culture. During the show, some of Madonna’s dancers were wearing caftan gandoura, which are traditional Moroccan dresses. These elegant dresses gave the audiences watching Madonna’s show a glimpse into true Moroccan charm.

Simo has been a great fan of Madonna for years. His love for Madonna goes all the way back to his teenage hood in Morocco, where he began learning English in order to better understand Madonna’s song lyrics. His unique inspiration for learning English is something that other young followers of Madonna have done the same, making her an inspiration for Moroccan youth for years to come.

Madonna’s influence has been felt around the world, and her recent Madame X performances are a showcase of her talent, charm, and her long-lasting influence on people on an international scale. Just as Madonna inspired Simo to begin learning English when he was a teenager, she will inspire others — from children to adults — to take on the world as fearlessly as she does. As Simo noted in his review, Madonna “Is the Artist of the Decade – Whether You Like It Or Not.”