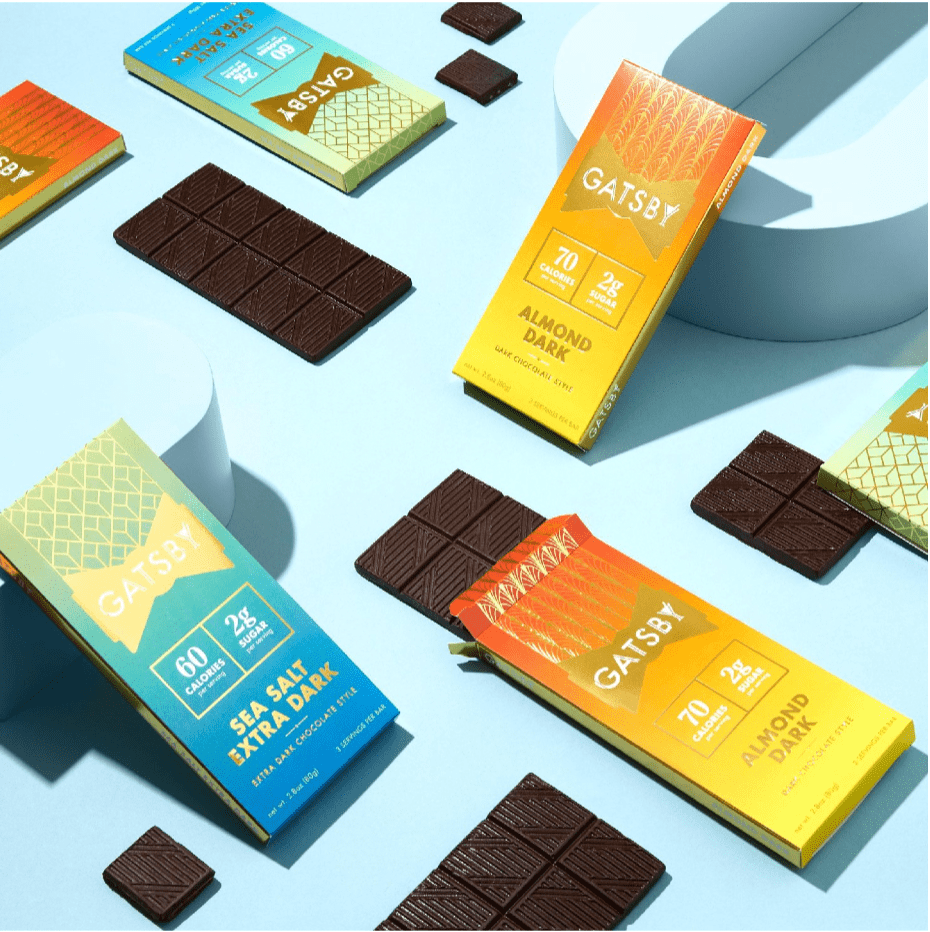 Most people don’t want to think about math when they consume chocolate. No one wants to count calories, grams of fat, or sugars and carbs, especially when enjoying a piece of chocolate. They want to relish a sweet, smooth, rich delight and lose themselves in the indulgence. Now that GATSBY Chocolate is on the scene, consumers can do just that. Except now, when they look at the numbers, it’s staggering how many calories and grams of sugar & fat they are saving simply by eating better chocolate.

When entrepreneur and co-founder, Doug Bouton, embarked on his search to find low-calorie, low-sugar chocolate, it proved nearly impossible. Very few options existed for delectable chocolate that wouldn’t stretch the waistline – a handful of poor-tasting sugar-free options, and no low-calorie chocolate whatsoever. However, Bouton was unphased; he had faced this type of quest before. In 2013, he co-founded Halo Top Ice Cream. Halo Top is the low-calorie ice cream alternative that outsold Ben & Jerry’s in 2017 and 2018 because nothing like it existed on the market. Bouton found the same environment in the chocolate industry.

After Doug sold Halo Top, he founded GATSBY Chocolate with his two brothers, Matt & Ryan who were also the first employees at Halo Top, and his brother-in-law Andrew. Since they had so many existing relationships with retailers & experience together, it made sense to start the next chapter with a focus on creating a family company and mission to build community. They called the new company GATSBY Chocolate and planned to give big names in chocolate some serious competition by essentially offering the Halo Top version of a Hershey’s chocolate bar – low-calorie, low-sugar & absolutely delicious.

For a year, the brothers worked to nail the perfect recipe. Low-calorie, low-sugar, and keto-friendly aren’t just trendy claims to the company that prides itself on sourcing the most natural ingredients with conscientious eaters in mind. If they were going to bring the product to market, it needed to be a product that consumers would crave every bite. 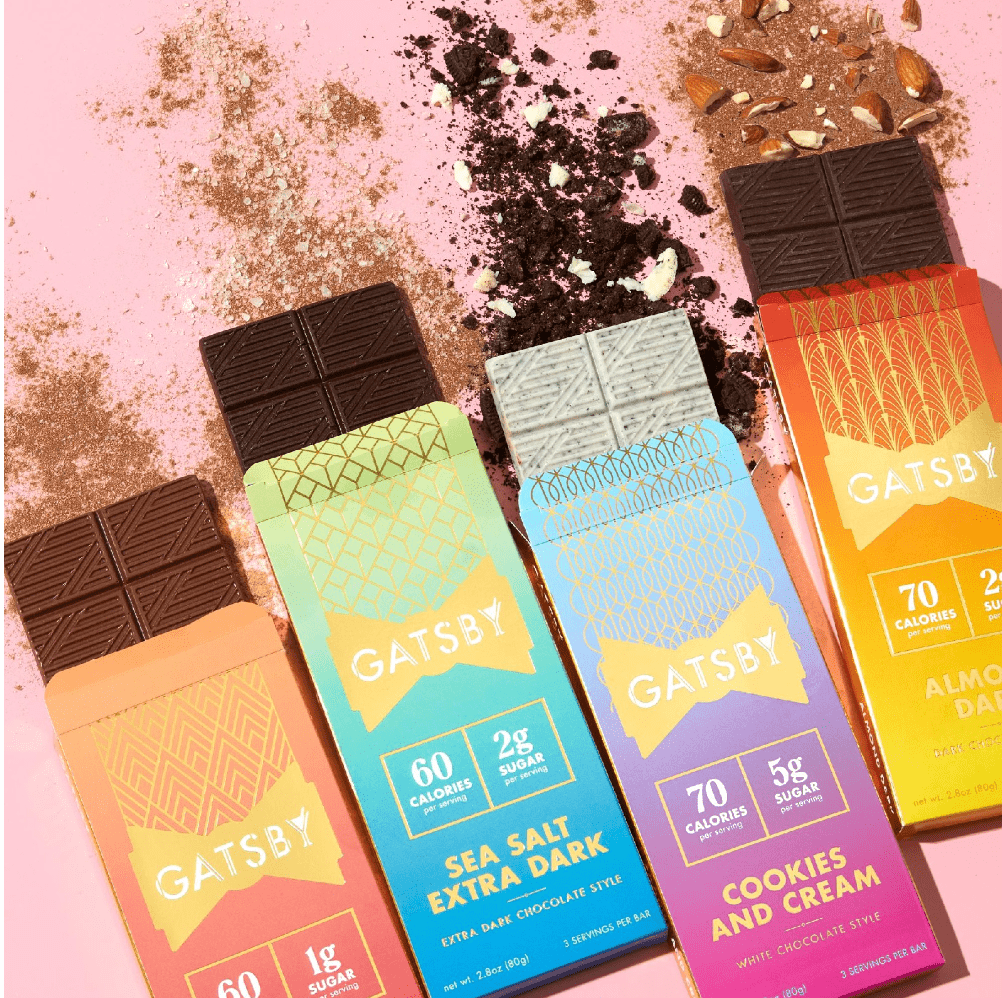 With 80% less sugar and carbs and 50% less fat than leading brands, GATSBY Chocolate saves you considerable calories, leaving you to spend them on something else. Tacos? Donuts? More GATSBY Chocolate?

But with all the caloric savings, the company does not skimp  on its proprietary recipe; they bring on  quality, natural ingredients to offer that melt-in-your-mouth texture and flavor. There are no tricks up Gatsby Chocolate’s sleeve; just a relentless hard work ethic to create a product to deliver on what chocolate lovers demand.

Retailers have rushed to put GATSBY Chocolate on their shelves this year. The company expanded to 7,000 national retail doors in just four months. Consumers can find their chocolate  in stores like Safeway, Albertsons, Wal-Mart, , Sprouts and more – just check their Store Locator.

Finally, there’s a chocolate on the national market, packed with flavor but not calories. So, go ahead, indulge, be a part of a revolution. Help Gatsby Chocolate save consumers 200 million—or even 300 million—calories in 2023.