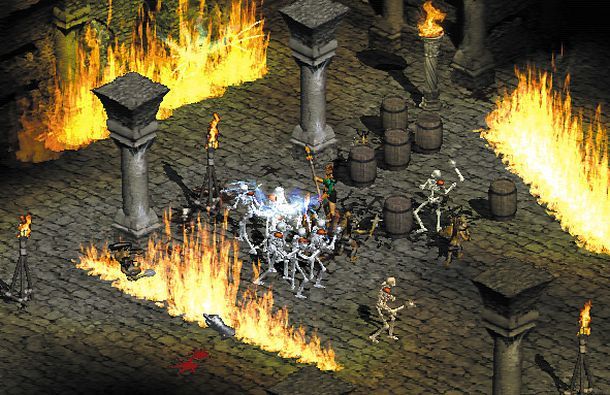 Fan-made full fledged Diablo 2 remake called Reign of Terror has been released by a modder. It includes the content and classes from the original game. It is built in Crate Entertainment’s Grim Dawn. The set is contemporary apocalyptic fantasy world.

Mod’s designer Ram has noted in the description that this Reign of Terror is not a 1:1 copy but a full remake of the classic ARPG Diablo 2. The remake has all the content and classes including the expansion, Lord of Destruction present in the original Diablo 2.

The description further states that it is a Grim Dawn mod, thus it features all Grim Dawn classes, items and all of the core mechanics.

It is contrary to what Diablo 2 DNA with the modernity of Grim Dawn is. The mod is deigned in such a way that it can be said to be a full-scale contemporary remake of Blizzard’s classic ARPG. One will need to own D2 items like Grim Dawn and its expansion so that they can access the Diablo 2 remake.

Players who want to play the modern version of the classic ARPG should definitely try the fan-made Diablo 2.

Before one plays the Reign of Terror, they will need the base game with the Ashes of Malmouth and Forgotten Gods expansion. A Reign of Terror Launcher with automatic update feature is available. Manual downloads per patch are also available. This is the closest one can be to the replica of Diablo 2 as the core mechanics can’t be changed.

For now, this is the most significant Diablo development as Blizzard has announced that they aren’t sure whether they will go ahead with BlizzCon 2020.