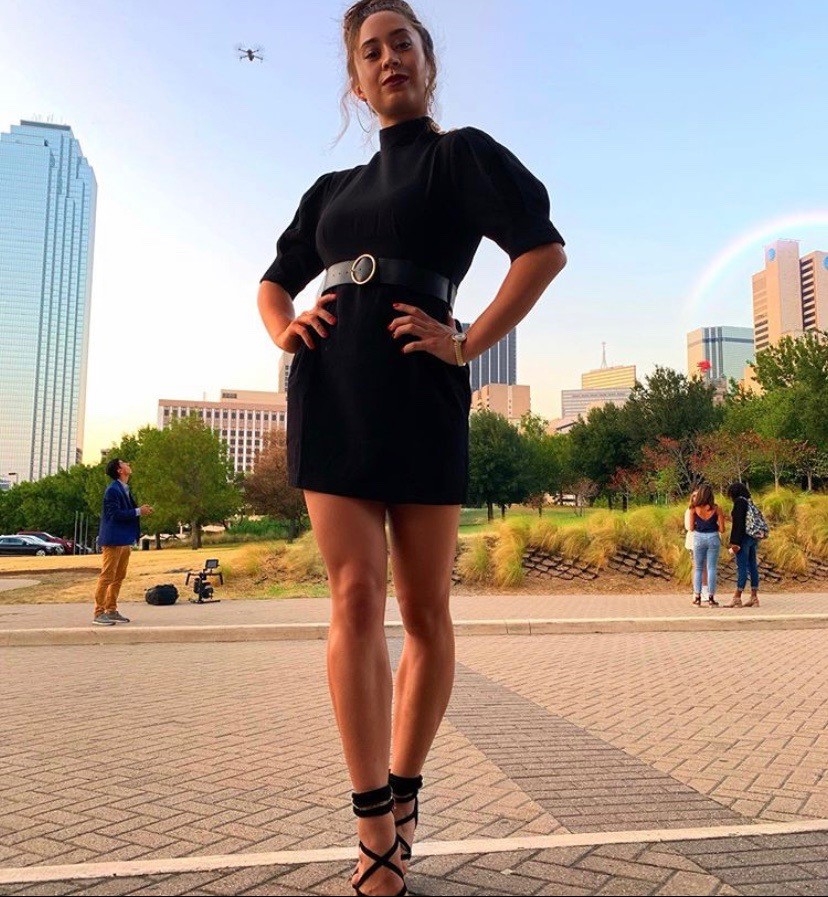 Alysha Bush, former swimmer at Arizona State University, has developed a habit of making the right bets over the years. It turns out that “crazy bae” from Snapchat isn’t so crazy after all. She’s an extremely successful businesswoman and is going all in on her dreams of breaking into the acting space.

Coming from humble beginnings in a small town in Oregon, Alysha has always been extremely active and hyperfocused at being the best at what she does since say one. In college she was coached by Michael Phelps and his coaching staff as she was the captain of her team and made it all the way to Olympic trials during her time at ASU. She’s taken the same grit and determination and has applied it into her professional life and hasn’t missed a beat with it.

Alysha was working a minimum wage job just a few years ago and was extremely frustrated with not making enough money to live the life she wanted to live. She read a book called Rich Dad Poor Dad by Robert Kyosaki that changed her perspective on how money is made and immediately started applying what she learned. She experimented with cryptocurrencies on coinbase, while she worked three jobs and was eventually introduced to the foreign exchange markets. Fast forward to today and she’s not only learned how to trade the markets successfully, but has built a business with almost 2,000 customers learning how to trade as well and has traveled all over the world inspiring thousands of others to become entrepreneurs as well.

It hasn’t all come so easily for her though. 8 months into her entrepreneurial journey, she had her entire life savings stolen from her through a scam and had several of her business partners plot to take her entire customer base for themselves behind her back. It didn’t seem to phase her though as her bulletproof mindset has allowed her to push through like it never even happened.

“If it’s not going to bother you 5 years from now, don’t spend 5 minutes worrying about it” ​-Alysha

Even amongst the COVID-19 pandemic, she’s been able to use it as an opportunity to progress rather than an excuse to not move forward. She’s taken a value driven approach, seeing that there are millions of people out of work right now and offering them a potential solution to making money trading the currency markets at home while they’re looking for a new opportunity.

“Use money and love people, don’t use people and love money” -​ Alysha

As if her business success wasn’t impressive enough, she decided to make the move to Los Angeles to pursue an acting career which is her ultimate passion. She’s already had success, being flown out to New York by Snapchat to feature on one of their story skits where she went viral on social media as “Crazy Bae.”

It seems the only thing that’s crazy about her is the amount of success she’s had over the years, which is largely in part of her vibrant personality.

Alysha ​can be found on Instagram at @alysha.unleashed
For Business Inquiries​, she can be reached via email at ​alyshabush4@yahoo.com​ or on Instagram via direct message.
Website: ​www.alyshaunleashed.com

New Mexico based Tattoo Artist, Ben Shaw, is on a Mission to Bring Ethics to the Tattoo Industry in the Albuquerque