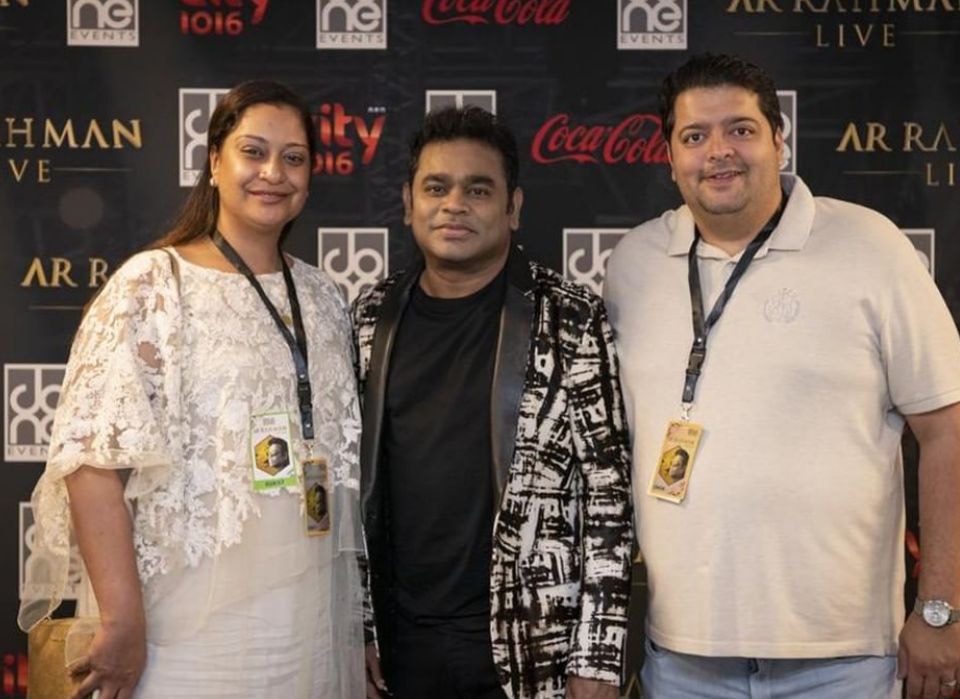 The South African & Dubai based company owned by Osman Osman and Shaaista Khan Osman has emerged as one of the leading names in the entertainment business today.

The world is full of successful stories of individuals who have faced the gravest of life’s challenges and come up to be the best. Today, we meet one such real life couple who have done wonders in their entrepreneurial journey, having aced in their field like no one else. Osman Osman and Shaaista Khan Osman, both having a combined experience of more than 35 years, have passionately led their company ‘Blu Blood’ and made it one of the leading ones in the world of entertainment. This dynamic duo after capturing the South African markets have taken their brand to Dubai now, where again they have been successfully building up their foundation and empire.

Both have the knack of handling things efficiently and this has led them to establish themselves in multiple spaces apart from leading their primary business ‘Blu Blood’. Osman also leads the Northern Warriors cricket team in Abu Dhabi as its co-owner along with a few other interests which he handles efficiently. Coming from a humble background, he has built himself a career which many can only dream of. He’s also a diploma holder in International Management Marketing. His association with his wife Shaaista has led to the company’s growth manifold. ‘Blu Blood’ originally started as a concierge agency, having contracts with FIFA and other leading multi-national brands. After the duo combined their expertise, the company took over the South African and sub-Saharan African markets, by offering unique out-of-the-box high quality services related to entertainment.

Apart from organizing multiple live shows and productions, they have also collaborated with internationally renowned comedians, like Orlando Jones and Russell Peters. They have produced various shows for the likes of Joey Rasdien, Conrad Koch, Marc Lottering, Loyiso Gola and Nik Rabinowitz and Tumi Morake and Riaad Moosa’s one-man shows for Netflix’s Comedians of the World series, Tumi Morake’s Tumi or Not Tumi and Riaad Moosa’s Doctor’s Orders, both of which aired on Netflix. Osman Osman has also been associated with the hit South African feature film, Material and is the producer for its next Material 2, which releases in October 2021 in South Africa. A few years back, Osman shifted his focus to sports too, which led to him becoming the only South African team co-owner of the T20 Cricket Global League (Pretoria Mavericks), which was followed by being the co-owner of Northern Warriors of the Abu Dhabi T20 Cricket League. Shaaista has created a robust platform powered by ‘Blu Blood’ which empowers women through joint ventures to build sustainable projects.

Both have taken their professional careers to soaring heights with their endeavours which never fail to perform and impress everyone.

Willie C. Ruffin aka popular CashMob YP is the Hip Hop artist to look out for in 2021