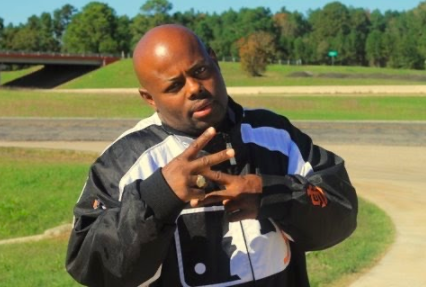 Life has its own complexities and its own brand of duality. Just like a ferris wheel, there are times when one is on top of the game, and there are also times when one hits rock bottom hard. For Confetti Da Reala Soulja, the horrors and pains of his past are long gone. And the light of the present and music are his for today and the days in the future.

Labelled as the central star of his agency, Soulja or Benjamin LeBlanc, his real name, is a celebrated figure. He has even earned the nickname, Gangsta Entertainer widely due to his influence in the industry and his brand of music. However, the things he has enjoyed today did not come at the flick of the switch nor for a few months only.

LeBlanc did not live a life of privilege in Southern Texas. His life was a textbook definition of misery. Confetti Da Reala Soulja was involved in a number of bad habits, including drugs. He developed a penchant for drugs during his early years. Soulja has also been involved in multiple violent situations.

However, as they say, there is always light in darkness. And that was what Confetti Da Reala Soulja exactly found. He turned his life around and slowly purged himself from harmful substance use. He fell in love with music and committed himself to professionally record his craft. Instead of wasting all his potential, he spent a lot of time perfecting his craft for music. His drive and sacrifices he made after everything that has happened in the past eventually bore fruits.

The fruits of his burning passion for music were everything for Soulja. In the pursuit of his success, he rose into greater heights as he became the  main face of Sho-TimeTV. Currently, Blanc is a bona fide professional rap artist.

Confetti Da Reala Soulja has become a guest in a handful of radio stations across the United States. He has appeared in radio stations in New York as recent as February this year, just days before the pandemic became what it is today. He has also been a great figure in video shoots and has been in lower-level recordings. Behind the success of Confetti Da Reala Soulja is Karine Sho-Time Thomton. Thomton has endorsed Confetti to gain shows in radio features.

Despite his blindness and struggles recently, Confetti Da Reala Soulja will not let these adversities stop him. He continues to record music in Texas, join interviews and shows, and is allotting his time to take care of his children. LeBlanc is also aiming to get in a major publication.

The marketing genius is primed to appear in movies too. Apart from making music, Confetti Da Reala Soulja will join the cast of PPRESSED 2. The VERA EDWARDS Films will be directed by Ricardo Cordero. Sho-Time TV will also be dropping an online DVD magazine featuring the rapper.

Wrong Number is the latest single released by Confetti Da Reala Soulja. Aside from that, LeBlanc has also released singles Rap NASCAR featuring Ready Murl, Treasure Hunt and Unda Boss. Both tracks are heavily leaning on the trademark of every hip hop track. He has also released The Best of Confetti Da Reala Soulja. The album is slowed and chopped by DJ Red.

Truly, his effort, skill, and talent brought him where he is now ‒ the pedestal he has dreamed of. The career he has built years ago paved the way for the life of comfort and joy he has achieved now.

All of Confetti Da Reala Soulja’s music can be streamed on music platforms, including Spotify, SoundCloud, Youtube, and Youtube Music.

What drives Johnny Lugo is the Love for his Family