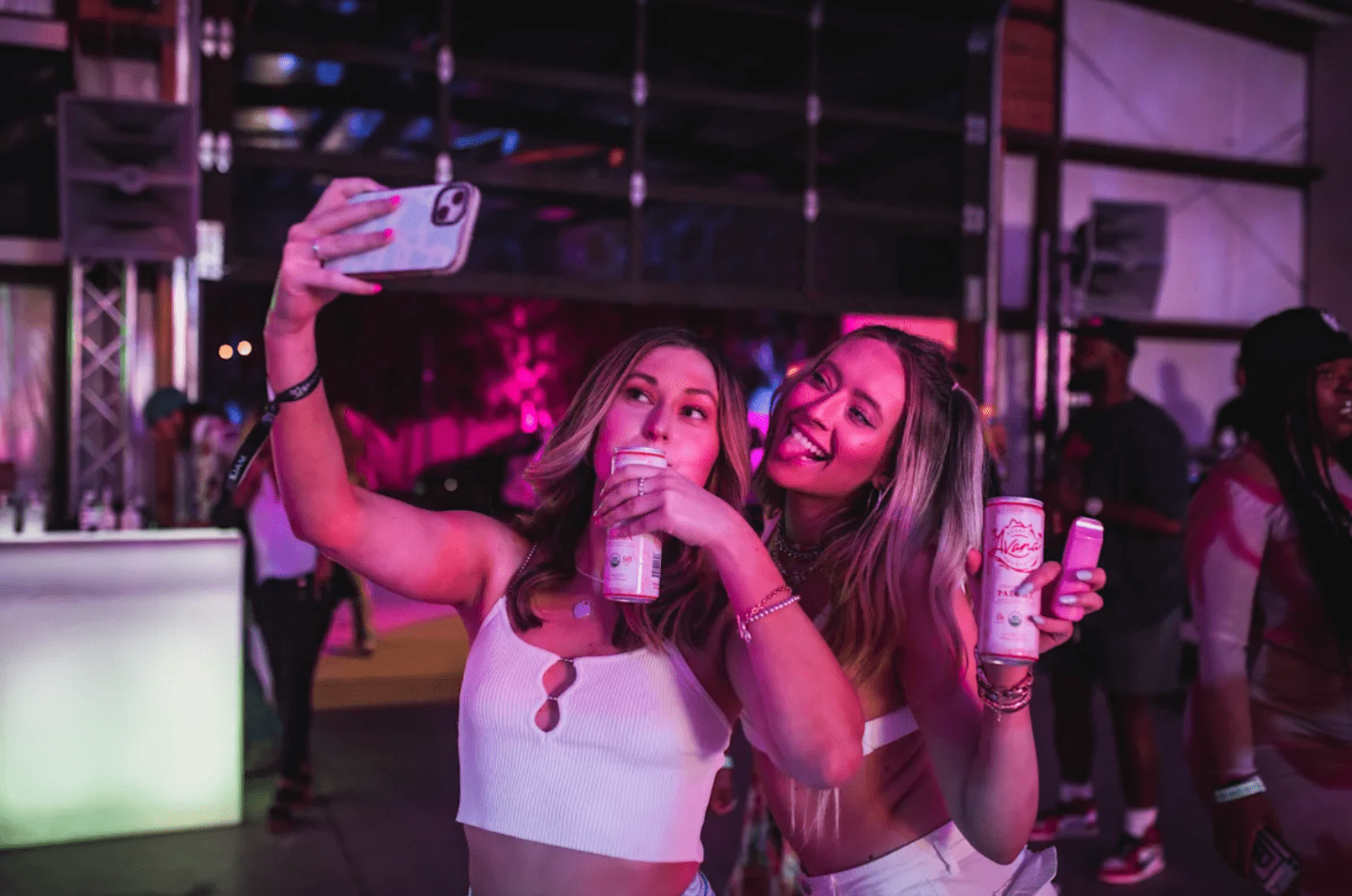 Another Coachella Valley Music and Arts Festival is in the books – Two straight weekends in the desert that included headliners Harry Styles, Billie Eilish, and The Weeknd, who each wow’d the festival-goers with fun-filled sets that included new song drops and surprise appearances from the likes of Shaina Twain, Khalid and Justin Bieber.

While the desert danced the weekend away, celebrities, athletes and influencers alike spent their time jumping from party to party.

Here’s a look at the TOP 4 who we feel shined brighter than the actual festival:

Neon Carnival made its triumphant return and descended upon the desert night sky to illuminate once again for its 11-year-anniversary on Saturday, April 16. The coveted after-party celebrated its 11-year anniversary exclusively on weekend one of the highly-anticipated desert festivals. With continued involvement from the biggest names in entertainment and consumer lifestyle, including the return of iconic denim brand Levi’s®, back to headline the event alongside Mexico’s original luxury tequila, Tequila Don Julio. This year’s exclusive invite-only fête welcomed new brand additions, including Liquid I.V., DIRECTV, Monster Energy, new Smirnoff Neon Lemonades and PathWater to the festivities.

And for the first time this year, Neon Carnival went digital with two exciting opportunities. Levi’s and Neon Carnival regular, Paris Hilton, hosted the Neon Carnival experience in the metaverse in “Paris World” on Roblox. To celebrate the much-anticipated return of Neon Carnival as well as Tequila Don Julio’s sixth consecutive year as a sponsor of the most coveted after-party, artist and photographer Jose Silva, who has been capturing all the action over the years, has compiled some of his most epic photos into an exclusive NFT. The six limited edition NFT’s gave holders a glimpse into the hottest event of the season with Tequila Don Julio and unlocked tickets to this year’s Neon Carnival which is otherwise invite-only.

Returning to its permanent home located at the Desert International Horse Park, the sprawling equestrian center welcomed back festival-goers to its all-grass knoll spanning three football fields, featuring carnival-style games and exhilarating amusement park thrills. No strangers to Neon Carnival, world-renowned DJs Ruckus and Kayper, returned to the scene to keep the party going late into the night along with newcomer Mel DeBarge,reining from New York City. Conceptualized by LA’s original nightlife maven, Brent Bolthouse, and produced by Best Events, the duo has created the unrivaled outdoor dance party that is widely recognized as one of the most sought-after parties on the planet, attracting the entertainment industry’s elite year after year.

After its success during Art Basel in Miami, NYLON House made its debut on Friday, April 15th, and kicked off the first day of the festival for an after-hours dance party featuring a special DJ set from Peggy Gou and immersive activations from MCM, e.l.f. Cosmetics, Soulboost & Unmuddled. NYLONcreated a special print edition of the magazine that was celebrated at the event, featuring global sensation, singer and songwriter Anitta on the cover.

“MCM Presents NYLON House is an extremely notable partnership for us and we look to this as one that most aligns with our brand identity and heritage. It showcases our ties and relationships with the music community, and how our product assortment lends itself to the festival culture”, said Dirk Schönberger, Global Brand Officer, MCM. 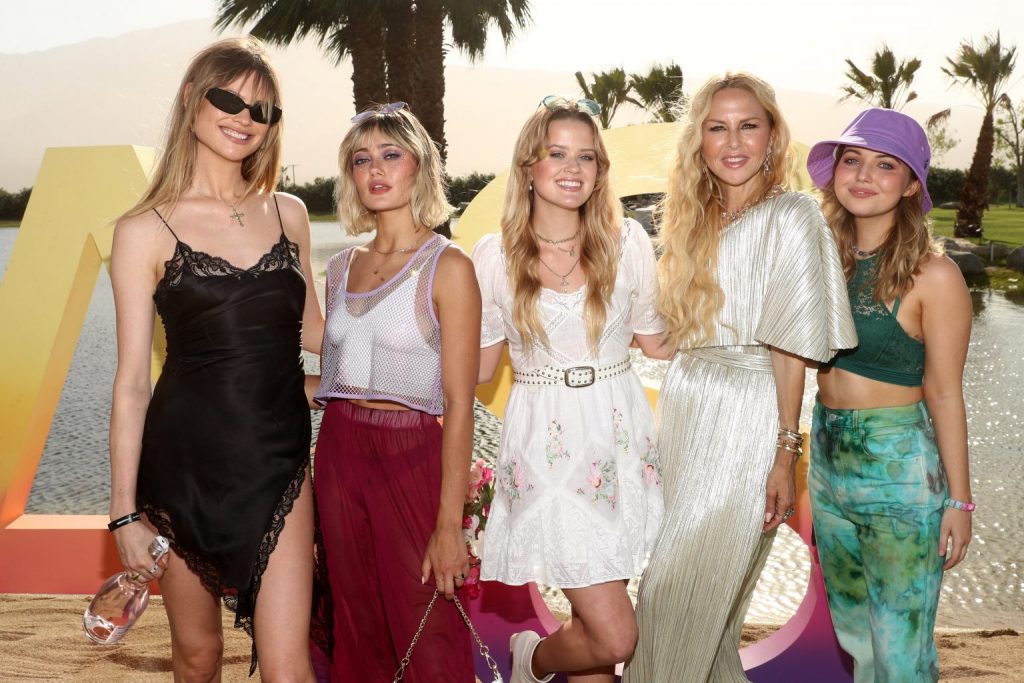 Having returned for its sixth year, ZOEasis hosted the most stylish and influential artists, musicians, and talent for a midday desert oasis celebration this past Saturday, April 16th. Guests glammed up with the Glimmer Bar, escaped the desert heat with the Constellation of Dreams lounge, created core memories with the interactive photo studio, gazed upon sun and sustainability inspired art installations, revitalized their spiritual wellness in The Light Box, and more. 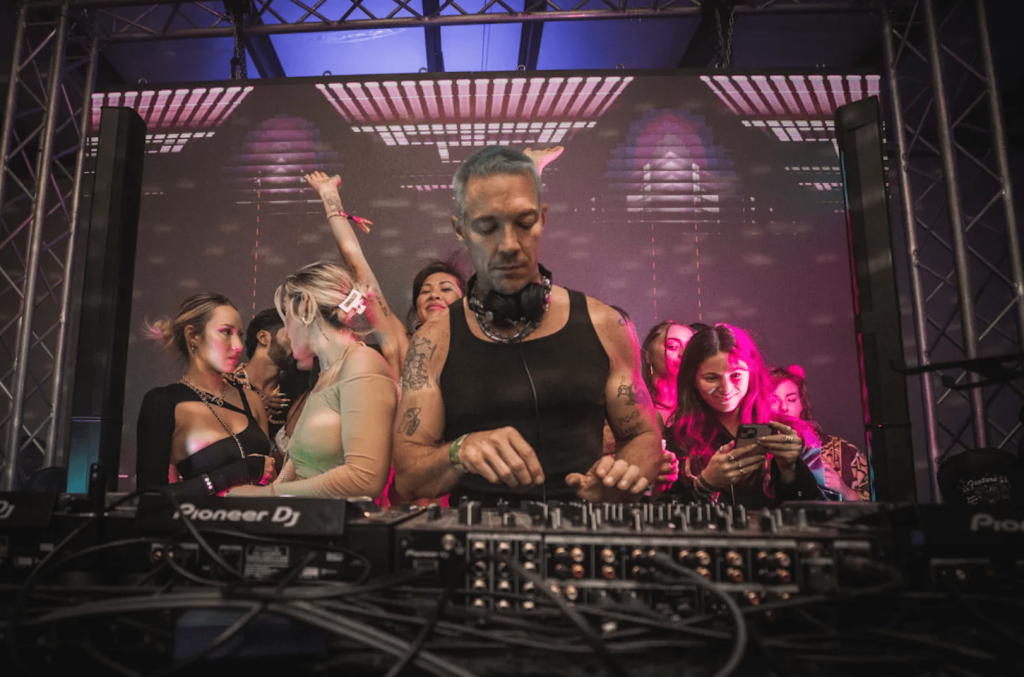 This year marked the first for the crypto token and tech platform Geojam.com, as they brought together at a private estate in the Palm Springs, CA region some of the biggest social media influencers and artists to host a late-night after party event that people were even skipping Coachella to attend just this event; Diplo even played a set!

The party was the talk of the town afterwards, with Geojam co-founders Sam Krichevsky and Sarah Figueroa promising to return next year with an even bigger event (if that is even possible?!).