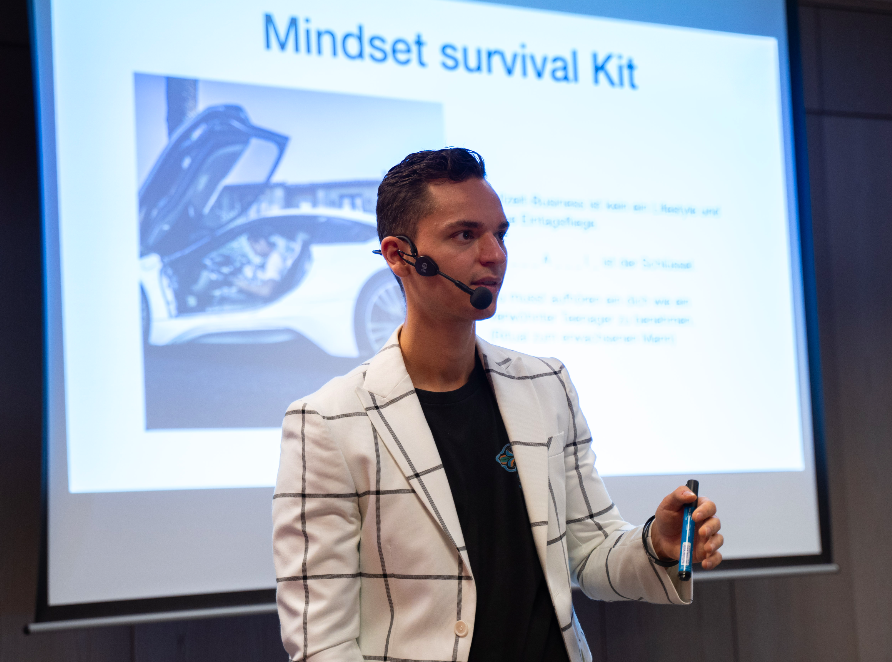 This young and talented man is all about strong will, courage and determination in life.

Some journeys in life can undoubtedly become one of the best journeys; this is because the different path sometimes we take in life take us to the ultimate path that we are supposed to reach. It is through these trials and errors that one knows and realizes the true purpose in life. A similar story is of a 25-year-old young man who once took a road trip and that trip proved to be the reason behind the successful life he is living today as an entrepreneur. He is Nicky Taschew, the co-founder and the head of sales and marketing strategist of one of the best e-learning and educational portal offering financial services in Europe called VolumeX.

Nicky has been a student of international business and psychology. He was raised in Munich, Germany and since his childhood, he had an inclination towards table-tennis. He wanted to pursue the same and become a renowned player in future. However, Nicky realized soon that he was perhaps made for something else and this made him get involved with an American network marketing company, while still studying, after meeting a few people in the road trip he had taken.

He worked day and night and went through a lot many trials and errors in the industry, until one day his friend, introduced him to an affiliate business with Bitcoin in 2015. This gave Nicky an opportunity of a lifetime, where they made more than 15 million in sales from the years 2015-2018 by selling many Bitcoin investments for other companies. Seeing how volatile the market was, they decided to initiate their own company, use the market movements and turn the disabilities into their biggest advantage. This gave rise to a company named VolumeX. Nicky serves as the head of marketing and also the brain behind the content creation, and market moves.

VolumeX is an e-learning and educational portal of Europe which allows people entry into the digital currencies world. It teaches people how to optimize trading and make them learn every aspect of the same through robust training materials and content. People can have full control over their money and still learn the art of trading, leading them towards financial growth. Their software and affiliate system helps people to build another income stream.

Nicky, as a person and as an entrepreneur, strongly professes the idea of serving first and gaining later. He says what makes him and his firm so unique from others is the philosophy of people over profit. Nicky and his team too have first served people with continuous hard work, created real testimonials and have produced results for customers and business partners. The earnings came only after that and this catapulted Nicky in being the success story he is today with his company.

Success for Nicky is when they create a happy surrounding, which has a real impact on partners and customers. They are influencing people by producing something positive in the society and spreading the idea that each person can achieve their goals, reach the next level, learn something and make it happen for themselves by getting the desired results.

Consistency and love for work have driven Nicky so far and so successful. His quest to become a successful entrepreneur by imparting great knowledge through his portal has transformed thousands of lives and has made Nicky one of the most influential business personalities as well.