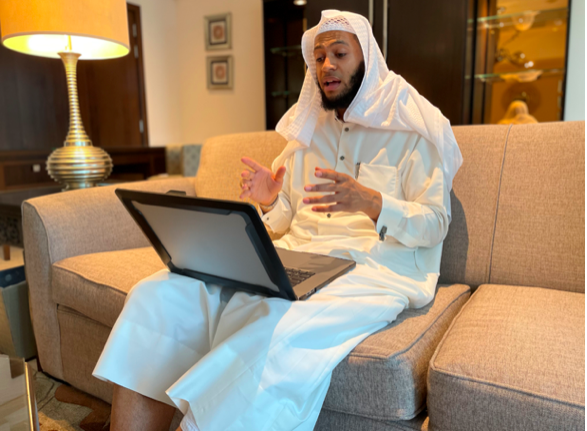 According to www.arabamerica.com, “The State of California has the largest number of Arab Americans in any state, with the Los Angeles area constituting the largest cluster in the state. Each year, new immigrants from the Arab world choose California as their new home more than any other state. Large communities of Arab Americans reside in San Diego and the San Francisco Bay as well.”

According to the Los Angeles Unified School District, “The U.S. Department of State has named Arabic one of 13 “critical need” languages. The study of Arabic language and Arab culture has fast become a must-do-must-speak because Arabic is the 5th most commonly spoken language in the world; California ranks first among states with the Arab-Americans, with about 272,000 residents claiming ancestry from an Arab nation; Los Angeles County has the highest concentration of Arab-Americans among counties in the state; … it provides unprecedented opportunities for export of goods and services; knowledge of Arabic provides better insight into all aspects of business with the Arab world including cultural and academic exchanges, commerce, world politics, and peace-building; knowledge of Arabic allows access to historical artifacts as well as contemporary cultural products and perspectives that may only be accessible in the Arabic language. There are many employment and career opportunities for Arabic speakers, including journalism, business, industry, education, finance, translation, consulting, finance, and Foreign Service.”

With this in mind, Muhammad Al Andalusi, a 27-year-old from Barcelona, is motivating locals to learn Arabic, become passionate about, it and reap the benefits of this beautiful language. The successful Andalusinstitute.com was founded in 2019 by Andalusi.

Andalusi said, “The Andalus Institute is an online language learning institution founded in 2019 to take students who are studying Arabic from zero to fluency in, we see an average study period time of 15 months. I launched the institute and within six months and, unexpectedly, we felt overwhelmed by the immense high demand, which led us to cross six figures in revenue and since then we’ve averaged $30,000 per month.”

Andalusi believes that one of the reasons why the institute is so successful, after the help of Allah, is the immense knowledge he has about language learning. After studying Arabic in Egypt, he is now a polyglot and speaks five languages. “With my knowledge and knowing how good of a program we’ve put together, students join who do not know Arabic and within months they reach a level of fluency in the classical Arabic language that many born Arabs nowadays don’t even have.”

Currently, the institute has more than 700 students from around the world, with the program not only helping them to develop their language skills but also to help them to become lifelong learners by inculcating in them discipline and a strong mindset to live purposefully. Not only are these benefits reached for anyone taking up this language, but with California populated with many from this blessed land and the language spoken among many communities within California, local residents are encouraged to contact the Andalusi Institute and learn the beautiful, wide-spoken Arabic language.