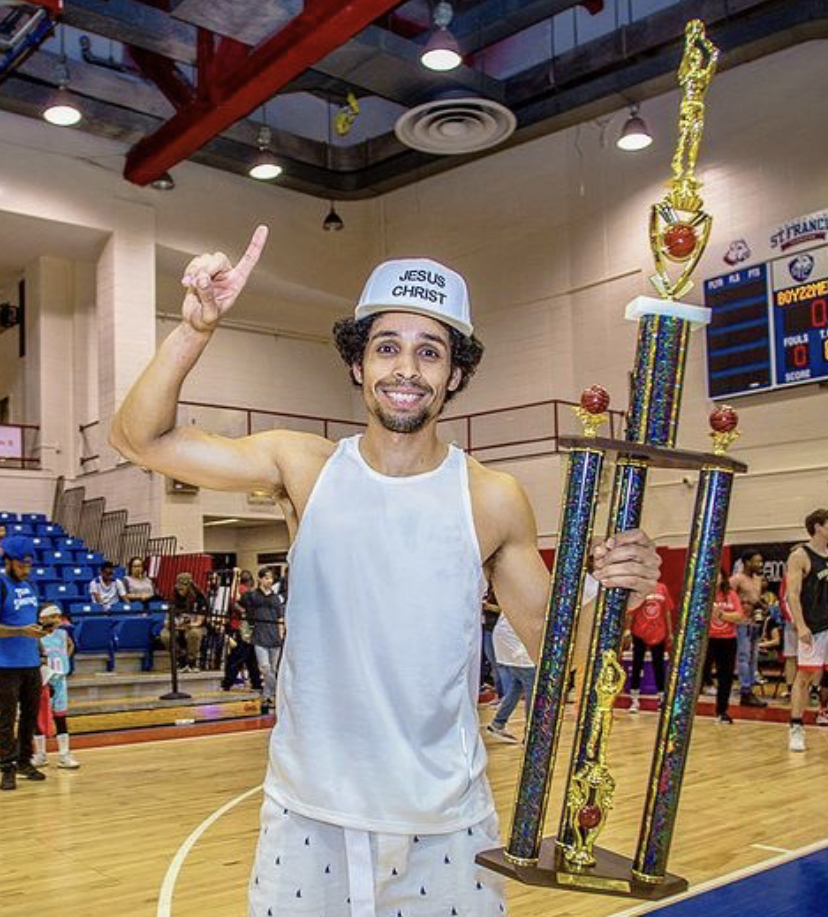 We all go through struggles in our lives, and wonder how can we face and overcome these circumstances? For Roman Perez, his journey has been a roller coaster ride that just hasn’t stopped just yet. Overcoming struggles and remaining consistent in the battles, were keys for his success.

It all started in Brooklyn, New York where Roman grew up and where he fell in love with the game of basketball. Going out to the parks was not an option as his parents didn’t allow him and his younger brother Jason play in the playgrounds due to the dangers in their communities. Instead of actually playing the game, his passion for the game grew in collecting basketball cards and playing basketball video games. Later in his teenage years his father would take the boys to the park, but the tough times came in. Not being skilled like the others, Roman was a target for others to bully and show no respect towards him. But this didn’t make him weak, it only made him stronger and with due time he was focused to one day prove them all wrong.

It was then when he and his brother, had the idea of creating their own basketball league in their hometown of San Francisco de Macoris in the Dominican Republic in a countryside town named La Yaguiza. There they created a league for the locals whom were a mix of youth and adults, officially naming the tournament L.Y.B. Those summers of playing helped Roman build his confidence, and with time his parents trusted him to go out to the playgrounds to practice. Roman never played for an organized school team, in which he got cut from tryouts from 6-12 grade. Again, this obstacle was something that he overcame with time.

After years of working hard and playing in New York City street basketball tournaments, at the age of 22 he finally played college basketball. He played for 2 different schools which lead to his decision of pursuing his professional career. Playing in minor leagues in the USA and in his country, lead for him to play in different parts of the world throughout the years. Currently he is an active professional basketball player with Championships in every level. He one of the newest players to join the world-famous Court Kingz team, and is using his nickname “da Gift”.

Forgetting his roots is something Roman never forgets, as he gives thanks to everyone who helped him along his journey. His parents in especially, coaches, family members, friends and everyone who believed in him he owes his credit to. He is the founder of the Dudo Baez foundation which is the name of his father, who passed away and keeps his legacy alive. The foundation provides opportunities for those who need it in the game, whether it’s for growth or just to stay active. It also provides camps, clinics, and tournaments for inner city youth and adults in the United States, Dominican Republic, and slowly other parts of the world.

Giving up should never be an option for us. It doesn’t matter how long it takes for our dreams to become a reality; we must never let go of them. Roman is an example filled with motivation and hope for many to follow. In his own words, “Trust the process, put in the work, but most importantly put God first always”.