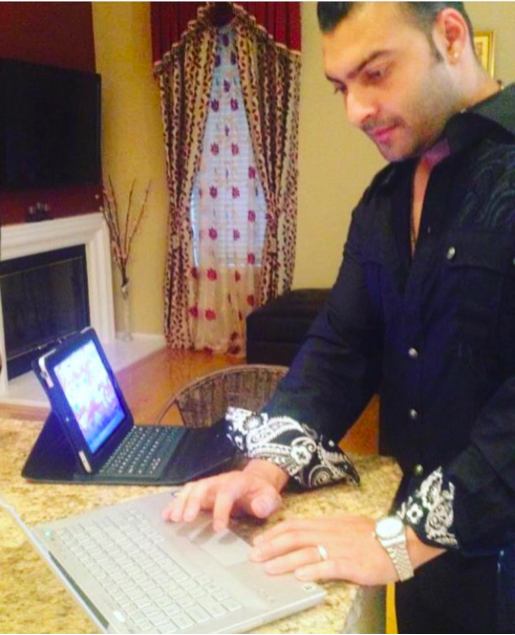 Today, to make it huge in any field is no walk in the park. Everyone is aware of how they need to face the many challenges on their path and go through many hurdles that may test their patience and resilience. However, the people who choose these paths and are ready to give in their everything, creating their success story from the ground up, are the ones that inspire others through their success stories and instill more hope in them to believe in their dreams. Umesh Malhotra stands as the classic example of one such young man, who was only a backbencher and got below average grades in high school, but the one who went ahead in creating his unique niche in the vast corporate and marketing world of America. This young talent repeated 9th and 11th grade and still, without losing hope, kept moving on his path to achieve his desired success in the marketing and management niche, where dozens of people globally work under him and take inspiration from his success.

The Indian talent was born and raised in Bahrain to a hardworking and humble family, including his father, who worked as a Civil Engineer and his mother as a homemaker. His elder brother studied from MIT. However, Umesh Malhotra was different; more than studies, he was into sports and other activities. This was the reason he did extremely well in cycling, winning many tournaments and, on the other hand, struggled at studies. However, there was a certain spark in him, which his father also noticed and sent him to New York for further studies. Umesh Malhotra put every possible effort to fare well at his studies and completed his graduation, doing two majors, one in Marketing Management and the second in Management Information Systems (MIS) and graduated with a magna cum laude.

Today, Umesh Malhotra is a prominent name in the demand generation marketing sector of America. Most recently he was working at Aryaka Networks as their Senior Director, Global Demand Generation and Sales Development and has over 17 years of experience in marketing, management, strategy, and business development. Umesh scales companies to go to the next level. Three startups have already been acquired and is on the path to make profits from the sale of the 4th late stage startup.

The success he has achieved today, owning multiple properties in America (San Jose, Santa Clara) and India (Gurgram & Delhi NCR), only goes to show the strong commitment and dedication. Below he shares a few general tips on success for others to work upon.

• Commitment: Umesh Malhotra advises youngsters to work committedly and determinedly towards their goals. It was Umesh’s commitment that helped him reach the position he enjoys today in his career.

• Keep Learning: People who think they know it all hardly create milestones in their career. Umesh focused on learning new things each day in his work, which increased his knowledge and made him a learned and skilled marketing professional. Remain current with marketing technologies and learn new tools often to remain updated.

• Experimenting: Umesh Malhotra says that don’t be afraid to keep experimenting and A/B testing. It will help you

• Never Lose Hope: Had Umesh lost hope in life after repeating two grades, he wouldn’t have reached the success he enjoys today. He advises people to never lose hope and believe in their dreams and make consistent efforts to achieve all their aspirations and visions in life.

Umesh Malhotra is a USA citizen and nobody could have thought that the boy who once was a backbencher and not a smart student growing up in his teens would go ahead in inspiring the world with his success stories and make people believe in the power of hard work, passion and perseverance.