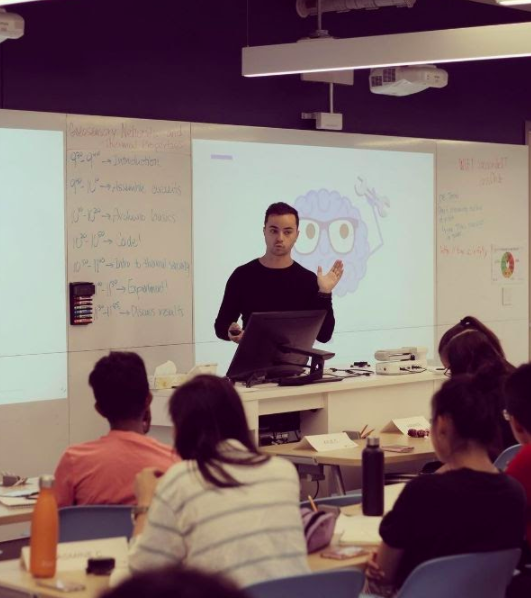 Rising to the top from the bottom is not an easy task. The challenges young entrepreneurs meet on their way to stardom makes most of them want to give up. But challenges are what makes one a better person. However, it will take only a determined and goal-oriented person to keep pushing and reach the goal.

One of those people is Avi Grondin. Born in Santa Barbara, California, Avi did not have the best childhood experience. Losing his dad at a very young age is enough to deter most people. Watching his mom struggle with about three jobs that were able to bring in just thirty-five thousand dollars a year meant that he and his mom were living on scraps. It got so bad that he wanted to help even before he was eligible to work. But he kept on dreaming. He wasn’t only dreaming as the case may be. He was also filled with determination and drive that could push a mountain into the sea. Going to school was another big challenge on its own because his mother had to work pretty hard to make sure he attended a good school. Getting into a good school was the easy part; coping with the rich kids that surrounded him was the difficult part. Seeing those wealthy kids and how they lived their lives made him think about his. The kids had parents with expensive cars and homes, but Avi saw this as a motivation to become young and successful due to the constant contrast in his life at home.

Since there was no age restriction to buying and selling, he ventured into trading luxury winter jackets and electronics on Kijiji when he was only twelve years old. When he saw that he could not provide enough with the sales, he stepped up his game to sales in door to door landscaping company called Spring Masters Canada. Then he moved to telesales jobs. This was a steady rise, and the income started to come in little by little. He landed a financial services job where he was able to increase his savings, and then he moved to IBM.

After realizing he wanted to be his own boss, with the little money he saved, he went on to start his own business Vinicci Valet, which was a parking service that employed more than thirty valet drivers. The drive and motivation made him settle for nothing less.

In a very short time, he thought of an expansion, and that led him to his second business, which was Variance Marketing, a digital marketing firm that is now worth millions. In a bid to go high, he is now in pursuit of another business, a new dispensary chain with a license to open about seventy-five cannabis stores in Canada. That is his new goal, and he believes he will not stop until he gets there. Since there are no limits to Avi’s goals, we can only hold our breath and see what he will do next.

With the kind of drive and determination Avi has, it is not surprising that he is so young and yet so successful. Young entrepreneurs can learn a thing or two from Avi Grondin.

Marketing has Played a Crucial Role in His Business Success, Shares Shaquille Hinkson