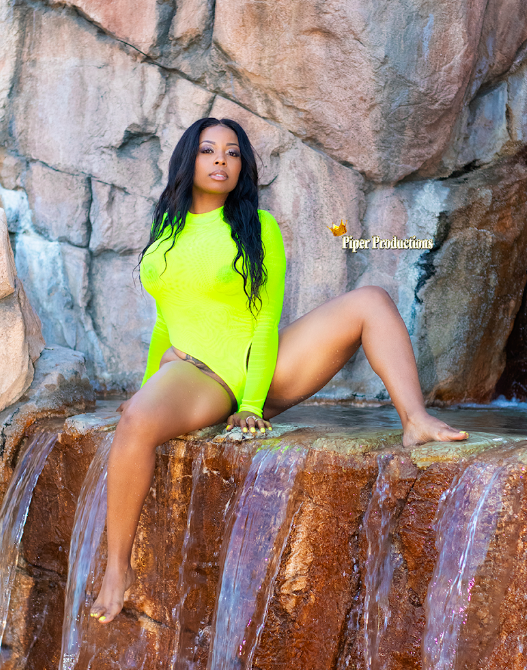 Her grit and commitment to work has led her to taste success in a very short span of time in her career.

When we closely look around ourselves, what we find is the innumerable talents that have been entering different fields and not just that, they have been seen as creating a unique niche for themselves, all based on their pure passion, commitment and perseverance to their work. Long have we known success stories in the fashion world, where we have welcomed many beautiful talents around the globe. This time too, a rising fashion model has taken the industry by storm bringing in her own style and vibe to the industry; she is Ashley Ca$h from America. However, what makes Ashley stand apart from others is also her prowess to work as a fitness model and an entrepreneur.

Since the beginning, if anything that caught the attention of Ashley, then it was the working and the glamour she saw in the fashion world and at a very young age had decided that she would be doing something bigger and better in the industry. This made Ashley start her career in the year 2009 where she participated in a Bikini contest in Portland’s largest car show at Portland Expo. Through the years in her journey, she kept working upon herself, improved upon her physique and looks and finally in 2018, she was discovered by Boss Candy Magazine. Everything changed for Ashley and helped her in magnifying her visions for her career.

Many industry personnel and photographers began to notice her after she landed up with the opportunity to get featured as a cover model. As time went by, the opportunities in her career multiplied for her and gradually, Ashley became a known face in the modelling world of America.

So far, Ashley has proved her mettle in the already fiercely competitive industry by featuring as a cover model for Boss Candy Magazine, Straight Stuntin Magazine, and also at the book cover of Black Love. Apart from being one of the leading fashion or fitness models that she is today, Ashley is also a well-known aesthetician in her spa called Bella Sorella Body Image, which is located in Las Vegas.

Today, she has become a star on her Instagram, which initially had 8K followers and which is increased to 50K and still counting. Ashley has also been trying to show her creative and entertaining side to her followers with many skits with IamTyrone on YouTube as well as TikTok.

The future looks even brighter for Ashley as of now, as she is looking forward to completing her 2021 semi-nude calendar, which has already been sold out in 2020. Ashley is consistently working hard to also prove her mettle in commercials and films. To keep getting updates about this amazing beauty, follow her on Instagram @ashleycassh and Facebook – Ashley Ca$h.

Why Men’s Athleisure Is the Newest Trend