Due to the diversification of aesthetics and the development of the Asian market, it is not difficult to find that there are more and more Asian models now appearing on the runway of the International Fashion Week. However, compared to the model legion from China and South Korea, I think back to the situation where Jenny Shimizu, Dai Wenqing, and Fu Yongai were in the fashion circle one after another many years ago. People can’t help but ask: Where have all the Japanese models gone?

Admittedly, because the Western fashion industry has always adopted a wait-and-see attitude towards the Japanese luxury goods market, coupled with the difference in aesthetic standards, the Japanese faces on the international catwalk are indeed not too common, although Okamoto Otto and Yumi Lambert (Japan (Mixed with Belgian) have remarkable results, but compared to the achievements of masters such as Yoshimoto Yamamoto and Rei Kawakubo in design, models from Japan seem to be relatively quiet. But despite this, several young Japanese sisters are still at the forefront of Japanese trends with their own unique beauty and style, from T-stage to fashion magazines.

Among the new generation models, Wanka YUKA (Yuka Mannami) has a unique and cute style of Japanese girls. Upon her debut, she won many designers and photographers with her bangs hairstyle and quirky and lively personality. Favored. Yuka has been cooperated with the new rising brand kokoakeiko, the style is the masterpiece. 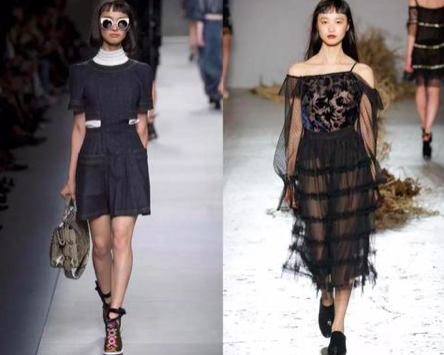 Before his debut, Wanbo YUKA has been working as a surgical nurse. But the skill of practicing ballet all the year round gives Wanbo YUKA a smart and slender posture. As soon as he debuted, he landed on the 2016 Fendi show. Not only the T stage, but in the hard photos of the magazine, YUKA also makes each photo’s effect stronger with its simple and neat posture.

Japanese model Mona Matsuoka has been a newcomer recommended by many editors in recent years. She has Japanese and American ancestry and has a unique appearance. In the autumn / winter fashion week of 2014, Matsuoka Mona walked on the international T stage for the first time. The charming neutral style of “half girls and half boys” gives the girl a little more heroism in the fresh girlish atmosphere. Miu Miu also quickly caught her because of this. 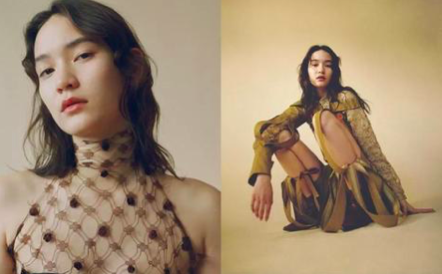 Her face has both the tranquility of the East and a very modern silhouette. She was born in 98, and also has a cold and sexy beyond the age. She can often be seen in recent “Vogue”, “Numero” and “Harper’s Bazaar”.

Compared with Wanbo YUKA and Matsuoka Mona, Daqian Qianchun’s modeling career started earlier. At the Spring / Summer 2013 Fashion Week, Qianchun was attracted the attention of fashion magazines for her continuous shows for Prada, Balenciaga and Miu Miu. During the fall / winter fashion week of the same year, Daqian Qianchun’s catwalk show soared to 53 games. Not only did he get the catwalks of Christian Dior, Chanel and other brands, but also became famous on the MDC’s “The Hot List”. 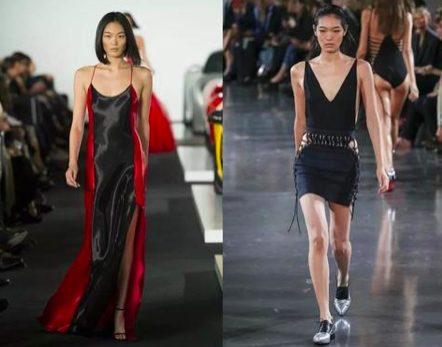 In fact, Daqian Qianchun is not a beauty in the traditional sense, but her strong facial contour, small eyebrows, slightly thick lips, and tall body all make fashion and blockbuster more expressive. On her body, people Discovered the alternative oriental beauty in the eyes.

On the other hand, unlike the old fashion houses such as Paris and Milan, the Japanese fashion industry pays more attention to the local market. Moreover, as the growth model of the Japanese performing arts market gradually solidifies, Japanese models are more inclined to choose to debut in the form of magazine “reader models”, that is, flat models. Compared with the fatigue of the international T model market, the domestic flat model market is full of talent.

When it comes to graphic models in Japanese magazines, one must mention Tana Tama. Born in Okinawa in 1997, Tina, a Japanese-American mixed-race jade city, has a delicate and cute baby face and a pair of innocent eyes. In 2012, Tina was selected as the exclusive model of the Japanese magazine “Vivi” and became the youngest model in the magazine. Tamaki also talks a about the latest fashion trend retro clothing brand “retroins” . 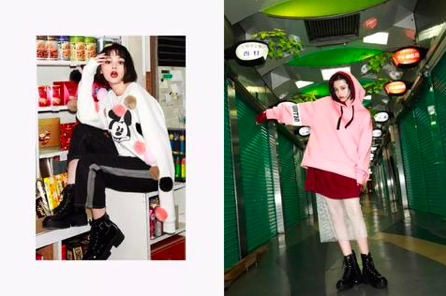 And Tina, the maid of the loli, is more mature and sexy.

Since his debut, Tina’s diverse plasticity has attracted countless fans. In 2013, she won the appreciation of photographer Ninagawa Mika, and appeared in the MV of Kota Kumi’s song “Pink Spider”. This month, Tina also announced that she will star in the movie “Absolute Love Command” with Xiao Guan Yutai. Grunge Aesthetics is really popular in japan.

Tall and thin, unique temperament, not eating human fireworks, slightly weary but a bit soft … these elements seem to be found in the model born in 1997. As the exclusive model of “seventeen”, Nakajo Choi has not been quite active. 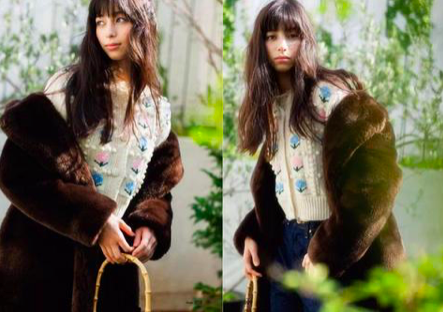 Like Komatsu Naina, Nakajo Sakai has gradually started appearing as a guest at International Fashion Week, and has also started to appear on the cover of magazines outside of Japan. The development path seems to be more and more international.

Asano’s fame can be said to be reasonable. Her mother is the singer Chara, and her father is the well-known actor Tadano Asano, both in Japan and China.

A pair of green pupils, revealing the ethereal eyes inherited from her mother, and a pair of “tired” faces that don’t care, these are the characteristics that Aso Asao is hard to forget. When he first stepped into the model circle, Asano Aso entered the public eye with the name of SUMIRE. In fact, before that, because of the appearance in the mother Chara’s albums “Honey” and “Jewel”, Asano’s powerful genes have been known. Her strong personal characteristics can also be seen in her own ins.

You may not be familiar with the name Mannandao, but you must not know Mandaoguang. That’s right, Mando South is such a powerful sister of a powerful actor. 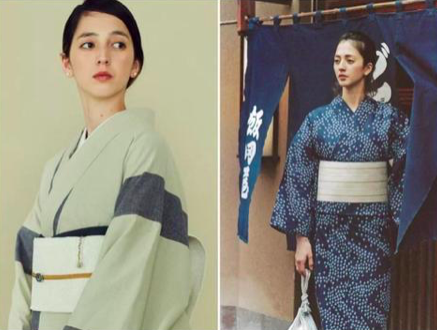 With exquisite and elegant faces and kimono, Dongying’s classical beauty can hardly conceal a trace of Western elegance. Therefore, many people say that the south of Mando Island is like a girl who came out of the oil painting. When I was in college, I entered the modeling industry after being introduced by my friends. Now I am often active in magazines such as “Ginza” and “Zhuangyuan”. When you see her, do you really think of the girl described by the Dutch painter Johannes Vermeer?

The second-stage Hall of Fame, born in Naha, also brought Okinawa’s southern style to the work of magazine shooting. 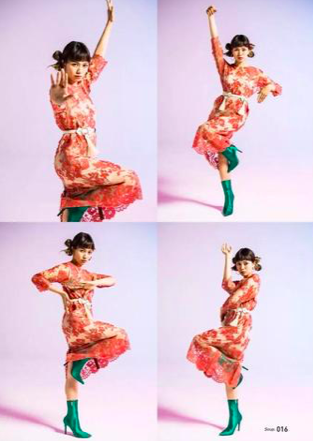 The second stage of the rich beauty participated in the shooting of “Okinawa Beautiful Girl Illustration” and later became the exclusive model of the magazine “Nicola”. In 2007, he became an actor since appearing in the TV series “God of Examination”. In 2013, he won the Best Newcomer Award at the 36th Japan Academy of Film Awards for his outstanding performance in the film “Uncanny”.

No matter as a model or an actor, second-order Tang Fumei did not stick to the cute and pure route of the mainstream, but relied on personality, frankness, and no pretentiousness. It shone its own unique light in the entertainment industry.

From T-models such as Wanbo, Matsuoka Mona, and Dagui Qianchun, to flat models such as Yucheng Tina, Zhongjo Caiwei, Asano Violet, Manjima South, and Second Order Hall Fumi, they all have this order People’s enviable figure and natural beauty. But each of them is different and has its own characteristics. Working in the fast-changing circle of fashion, their achievements may be more attributed to being able to stick to their original self. In a world that is never short of beauty, it is even more precious to be able to understand one’s own characteristics and be brave to use and magnify it.