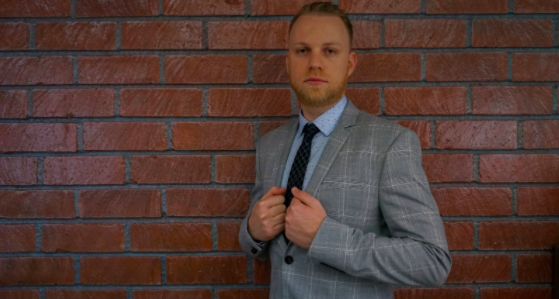 Pavel Sterin, the founder of Sterin Law, has thrived as a businessman and lawyer because of his thoroughness and dedication. Sterin law has a track record of ensuring justice and compensation for victims of personal injury accidents caused by someone else’s negligence. Since the law practice opened for operations, it has maintained a high standard.

Sterin Law fights to make sure victims of accidents get the compensation that they deserve. The law firm is also putting in efforts to change the legal practice’s face into one that pursues justice to the law’s full extent. Pavel Sterin prides himself on his dedication to making every client feel valued and special. He maintains a personal approach when dealing with each case.

His desire to become a lawyer stems from his experience as a child from an immigrant family. His father once had a legal issue in a misdemeanor case. The case did not go as it should because they could not afford a competent lawyer. This made Pavel realize how much people needed lawyers, and he decided there and then that he would become a legal practitioner. That explains why he goes all out on all his cases to get the deserving judgment. In one of the firm’s major cases in 2020, a woman was awarded over $100,000 in compensation for a traffic violation that was not her fault.

Pavel Sterin is a well-recognized lawyer who has received many awards for his impact in the legal practice, such as the 2020 Litigator of the Year, Top 40 Lawyers Under 40, and Top 100 Attorneys in Personal Injury Law. While in law school, he won three Witkin awards, which are given to high-flying students in different classes. He specializes in personal injury cases, civil litigation, worker’s compensation claims, and lemon law cases.

Since Sterin Law began practicing officially, the firm has helped its clients win over $1 million in settlement compensations. Pavel Sterin is all about making sure his clients get a judgment that gives them closure. According to him, “I think the most important part of being an attorney is communicating with your clients. I see too many client-attorney nightmare stories where everything could have been different if the attorney just made themselves more available and updated their client. I take each case personally, no matter if it’s a minimum case or a 6 or 7 figure case.”

In its third year of operations, Sterin Law gets clients through social media, networking, word of mouth, and recommendations based on the outstanding services that Pavel has rendered to individuals and organizations in the past. Pavel initially positioned Sterin Law to charge lower attorney fees to gain the trust of new prospective clients, and he has kept up with making less money while building his reputation.

Pavel Sterin is a licensed realtor outside his law practice, and he also runs a medical billing company. He has his sights set on running multiple successful businesses and wants to help as many people as possible with their legal cases.