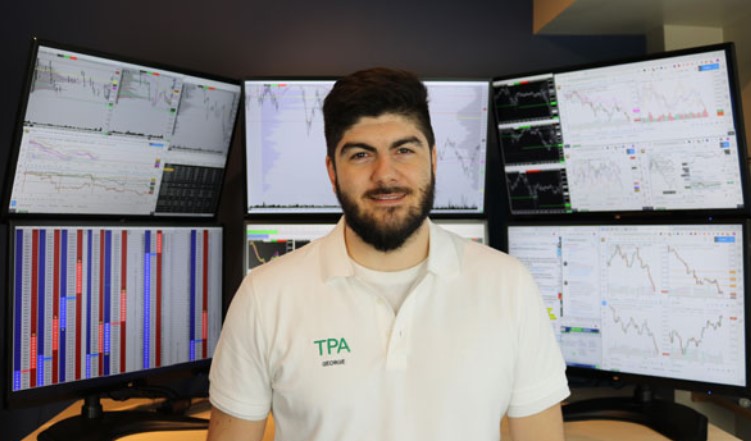 The start of the new year helps set the tone for what’s to come and there are things professional look for early on to identify and understand what’s in store in the stock market for the coming year. It also traditionally serves as the time when many – if not most – financial institutions look to rebalance their portfolio for the coming year. As such, stock prices tend to see higher perceived value in January with an influx of bought stock shares, especially when compared to traditionally lower stock prices from a decrease in the number of trades throughout December and the year-end holiday season.

This phenomenon is referred to as the “January Effect” and acts as a hypothesis which is applied by economists to explain the behavior of the stock market early on in each calendar year. Traditionally, much of this ‘effect’ comes from the tendency of investors to harvest their annual capital losses from the prior year each December and plan investments for January and the months that follow. Though other seasonal patterns can have similar effects on the stock market, let’s talk about seasonality itself before we dive into different seasonal patterns.

Seasonality and its Effect on the Stock Market

When applied to the stock market, the term “seasonality” refers to certain periods of time during which specific stock indices such as the S&P 500 or NASDAQ are both influenced by and subject to recurring patterns that tend to appear in certain investment valuations. These patterns include tendencies such as predictable climate-related events (e.g., warmer vs. colder seasonal temperatures or high-category seasonal storms) or recurring calendar events such as a major corporation releasing its quarterly or annual earnings report.

When economists mention “seasonality” in this matter, they are referring to recurring patterns of events that provide avenues to reliably and consistently predict economic activity during a frame of time that can be compared to economic data from the same periods in previous years. For example, between 1964 and 2015, stock markets have been shown to remain strong from the start of January through the end of April. January returns averaged out yields of approximately 1% in the first month, and since 1964 the first 5 months of each year have shown positive returns. This example of seasonality has traditionally allowed investors and traders to ride the wave of trends in positive returns early in the year through January and into the year’s second and third quarters.

Why the New Year is Important to the Stock Market

Along with these key points that exemplify January’s importance in predicting annual stock performance, the first five days of January have been historically shown to be the most important time frame in this matter. Over the last 45 occurrences (note: not years) where stock values over the first five days of January were up, 37 of those occurrences – or roughly 82.2% – were followed by gains in stock values over the full remainder of the year.

Taking all of this information into consideration, stock prices over the first 5 days of January in 2021 were up 1.86% in total, strongly indicating predictions for another ‘up’ or ‘bull’ market this year. On top of this, we entered January 2021 with an unprecedentedly bullish ‘up’ market, further indicating predictions from economists and investors alike that the current bull market is expected to continue throughout the remainder of the year.

While the overall sentiment at this point in time seems to be one that our current market is overvalued, any pullbacks that may arise in the coming months are likely to present favorable buying opportunities, at least until the middle of the year. Economists and investors predict this is because the Federal Reserve will continue printing a higher quantity of paper U.S. dollars, while the new Biden-Harris presidential administration is preparing to launch roughly $1.9T USD in new COVID-19 relief and economic stimulus checks for distribution to all applicable adult U.S. citizens which, as we witnessed during prior rounds of stimulus distribution, are likely to further support the U.S. stock market through increased trade amounts, pushing valuations higher.

George Papazov founded TRADEPRO Academy in 2012 to inspire, educate and empower at-home traders and investors. A self-made millionaire and entrepreneur, Papazov’s self-published book Path to Profit: A Trader’s Journal reached Amazon bestseller lists. With seven years of work for a major international bank he is now an industry-leader in trading currencies, stocks, options and futures. Papazov provides a daily Morning Market Video Update to 39,000 YouTube subscribers, on topics from OPEC to stock updates, breaking market news, and Brexit to interest rates. His popular video training tutorials include TradingView Tutorial and How to Use Fibonacci Retracements. Papazov lives in Toronto, Canada.

iPhone Repairs Service in Sydney, Brisbane, and Melbourne is Available with Screen Fixed