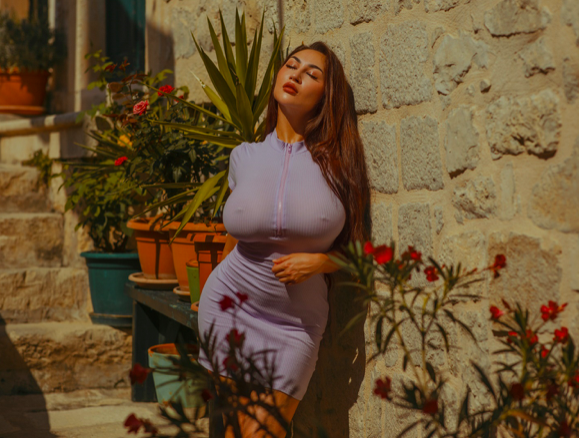 As a social media sensation, Khovanski is using her platform and inspiring work to fight for “curvy” women as well as others in the modeling industry

Social media can be a fun and exciting place to make a living and network, but it can also be a place where hate and negativity can be easily expressed with no consequences. One renowned photographer and model, Louisa Khovanski, is strategically using her online platform with the objective of putting an end to the discrimination against curvier women in the social media industry. As someone who sports a curvier figure herself, Louisa has experienced discriminatory behavior firsthand, and she has spent the last year fighting for women who share the same pain and difficulty.

Louisa has been a practicing photographer for the last 6 years, and anyone who has the pleasure of viewing her work would agree that it’s truly amazing. She has mastered her skills as a photographer, capturing top-tier model talent as well as many other things. Her journey as an artist began when she was a child in which she was enrolled in a free drawing class at an early age. She quickly exceled in the class, and it became quite apparent to the instructors as well as her classmates that she had a natural talent. Over the years, her love for drawing morphed into a love for photography, and the rest became history. About a year ago, Louisa made the decision to add to her artistic arsenal by becoming a model. Louisa was very familiar with the ins and outs of modeling through her work as a photographer, as she had been working with numerous models for years. She quickly found success as a model, and as a result of all the positive feedback she received, she decided to create an Instagram account to showcase her talents, both in front of the camera and behind.

Louisa quickly exploded on to the social media scene, and in just one year has accomplished what many people can only dream of in their career. She has already accumulated over 1.1 million followers on Instagram through her art, and her popularity on both Instagram and YouTube only continues to rapidly grow. To Louisa, accolades are great, but her passion and mission on social media and in her work do not depend on the number of likes, followers, and subscribers that she has. Her primary goal on social media is to use her popularity to combat the stigmas associated with curvier women in the modeling industry. She also strives to end the over-sexualization of women who express their bodies as art. Louisa expressed, “There is a huge difference between vulgarity and art that expresses sexuality, and I want to educate those who don’t understand the significant difference.” As many female influencers and models have discovered on social media, their looks are often the first topic of conversation among spectators. Having a career in social media is not easy, and it takes hard work, consistency, creativeness, and personability. Louisa wants those who view her work to recognize her as the artist and businesswoman that she is, and not just a pretty face with a curvy build.

For the amount of work Louisa conducts, most would assume she has a full team handling the back end of her various photography and modeling operations; however, Louisa does everything on her own. She is no stranger to pressure and hard work, as her difficult upbringing supplied with her the discipline and mindset needed to accomplish any task she seeks to accomplish. As an artist, Louisa explained that it can be difficult to keep a certain high level of creativity flowing. To replenish her creativity, she often changes her surroundings to produce new thoughts and energy. “Everything in life is a lesson. You can become wiser through your failures, and in successful times you can appreciate what it took to arrive there,” Louisa stated.

Louisa Khovanski is unlike anyone we have ever seen before. With a mastery of both sides of the camera, she is truly gifted artistically. Aside from her talents as an artist, she is a role model that aspiring entrepreneurs, photographers, models, and young women can look up to and emulate. Although she is just getting started on her journey, we would like to congratulate her for her incredible accomplishments thus far. We commend her for fighting for what is right, and we can’t wait to see what this young entrepreneur has in store for the future.

Brett Axel Opens Up About His Breakout Book “Not Okay”