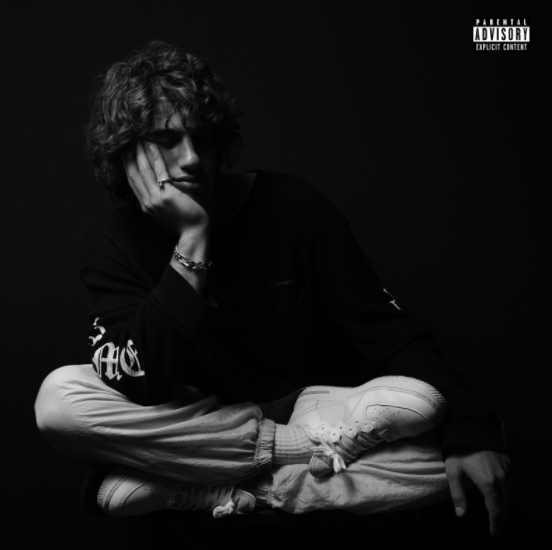 Having originated in the South Bronx section New York City in the 1970s, hip-hop carries with it a particular image. Loose, black clothes, raw and pained lyrics, and sick beats and flows are what usually come to mind when discussing the genre. Marking his fifth year in the industry, Nate Kest sets himself apart from the stereotypes of hip-hop.

“My sound, my look, and my personality. When you look at my competition in the hip-hop industry, I don’t fit the classic standard,” Nate shares. “I’m a pretty boy with a play boy personality that treats every song as a testimony to what’s going on in my life from a perspective of clarity that’s rare.”

Nate grew up with a positive and spiritual upbringing, carrying a famous last name in the world of yoga. Surrounded by light, he learned at an early age how to clear his mind and channel his emotions. “I always said I live in the light but like to play in the darkness,” he reveals. Nate turns to music for an outlet for his more chaotic emotions. “My music is my playful side which in turn can be my dark side as well.”

The artist recently released an album entitled “Paradise Lost,” which dropped on music streaming sites last May 22, 2020. In the album, Nate explores topics such as sex, love, luxury, and drugs. Produced with a sound that people can’t help but be drawn to, Nate evokes a specific emotion from his listeners. He says that his honesty and vulnerability by nature is relatable to those who listen to his sound.

Within half a decade in the industry, Nate has experimented with different genres and styles before deciding on hip-hop. He began his career in high school when a friend helped him realize that fame and riches are not a requirement for making music. Since 2016, Nate has been writing and recording songs, staying inspired by artists such as Lil Wayne, 50 Cent, Akon, and Drake.

Nate’s talent and perseverance have made him a verified artist online. His popular songs include “Lost Boy,” “DeZire,” “Portrait of Camilia,” “Double Vision,” “Scared to Love,” and his recently released single “Lullaby Love.” In just five years, Nate has gained a following of hundreds in music streaming sites.

Attracted to his sound, his followers keep coming back for Nate’s unique sound and clear and vulnerable writings. Nate reveals, “If you could look inside my mind, you’d see beautiful women, foreign cars and an ideal version of myself that I’m striving to become. I’m always going to the light, so if you met me you’d feel the good energy and the love.”

He adds, “I’m all about uplifting those around me. We can’t fall victim to our darkness.”

Not the usual hip-hop artist, Nate stands out as a musician and rapper who draws inspiration from the light. Although his looks do not fit the image that the rap genre carries, his sound rings true to what hip-hop is. His impressive tracklist features singles that spit the truth of everyday life.

At present, Nate is logging in long hours to improve his craft. Through his music, he inspires his listeners to realize their dreams and surrender themselves to their passion. As the odd one out in the hip-hop genre, Nate is continuing down his path to push boundaries and stand onstage as one of the greats in the industry.

Stay updated on Nate’s latest tracks and listen to his music on Spotify.

Music Artist, Rastachick 69, is Managing herself Well to Excel in her Music Career

Fredra Cole aka Damii The Dyme, a Versatile Entertainer, has Featured on the Covers of Many Popular Magazines