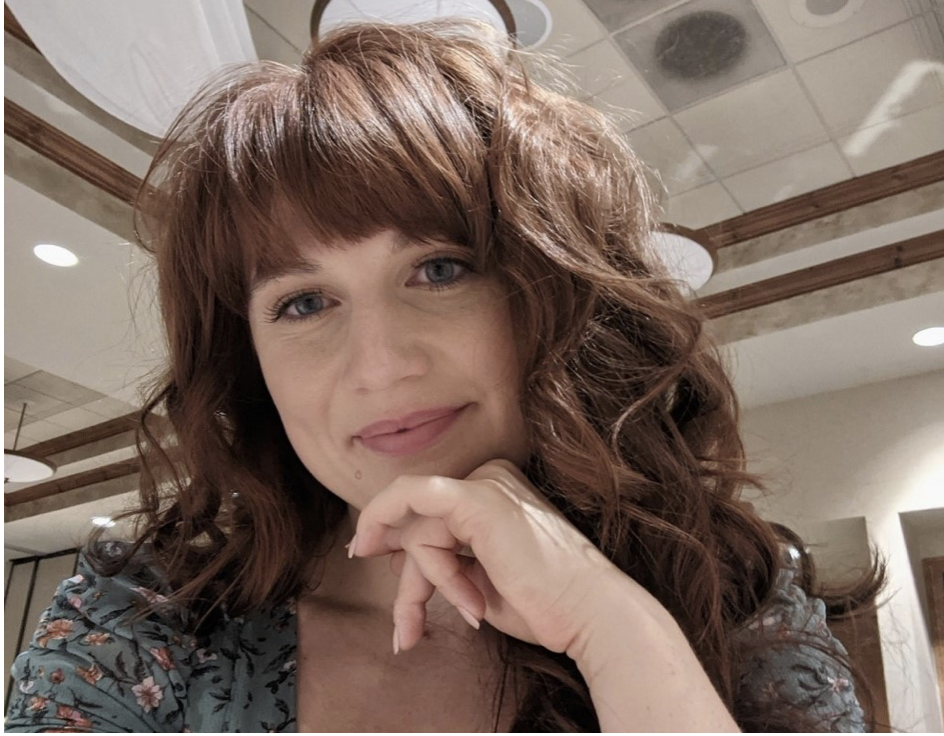 Who on earth can doubt the exquisiteness of taste in books of a person who grew up reading the golden classics of Jane Austen and one and only, universally known as the God of creation of fantastical worlds, John Ronald Reuel Tolkien, right? It’s no other than Acacia Lynn Warmerdam, who masters the art of creating nothing but pure masterpieces. She has inked down some of the spiciest romance books with the wildest fantasy with tremendous twists, action, unpredictable plots, intricate emotions, and lots of spice. If you are a fan of Outlander, The Mummy, Gladiator, and Emma, then there stands no chance that you don’t immediately fall in love with her books!

Romance is a perennial favorite among readers, and it is not difficult to understand why. The best romance novels can feel like falling in love — intimate and personal, yet vast and life-altering all at once. A good love story has drama, intrigue, laughter, and, if you’re lucky, a little heat to spice up your emotions. And we promise to give you all that you have been desperately waiting for!

So, if you are an avid romance lover and hunting for a good romance novel filled with drama, intrigue, laughs, and a little heat, then you are lucky to find this article. Because this article has compiled for you the cream of the crop romance novels of all time that will give you tingles through every ounce of your being and make you fall in love all over again.

A sprawling epic that takes the readers across different dimensions filled with nothing but sizzling romance stories of the Greek and Roman Goddesses, The Girl Who Sleeps in the Moon ought to stand tall among all books you might have read.

In what is considered by many to be the best romance novel of all time, Warmerdam tells the story of Emilia, who is in no way a typical girl. She experiences so many mysterious occurrences that she believes she is a witch. When people start getting harmed, her search for explanations and urge to find the unknowns intensifies to discover what is happening and how to control these emotions within her. She feels helpless and trapped; all she wants is for her best friend to give her the love she has always desired. When Emilia discovered a book that she believed would provide answers, it appeared fate had greater plans for her. Instead, it left her with more questions, causing her to want to learn everything she could from the book.

The book transports Emilia to the past and reveals to her the love story of a lonely king and the woman he had been in love with his entire life, but tragedy and politics kept them apart. No matter what our King does, he can’t seem to win back his childhood sweetheart, and even if he did, he might be surprised to discover she isn’t as willing as he assumed. Not only is he willing to wage war for her return, but he is also ready to give his life in the name of love.

This novel is a 1950s-set, medium-length romance fantasy that often feels like a historical romance. The narrative progresses chronologically and ethnically, revealing how this world lost its ethereal knowledge of magic.

Arguably the greatest romance novel of all time, The Goddesses in the Moon, the second novel of the series The Girls Who Sleeps in the Moon, is chock-full of love, betrayal, and death, a never-ending roller coaster of action and flavor. There is never a dull moment in Emilia’s life as she moves quickly through the stories learning everything she needs to know in order to kill a God, all the while growing more in love with Dawson. This book is about her predecessors and everything they accomplished, from slaying demi-Gods to gaining political power and falling in love. The other Goddesses are from across the ocean, revealing a completely different culture and how they viewed their powers as a blessing rather than a curse to Emilia. As the two most revered rulers of the Nile, these following two Goddesses defy norms and clichés to achieve this status.

It is a forbidden romance for the first Goddesses, not only with a guard but with a woman, and their love is challenged in the most unimaginable way as the past threatens to destroy them.

Despite her mother’s admiration for warriors, the second Goddess has trouble trusting the man in her life because of his reputation. It doesn’t help that he is also having difficulty dealing with his own sentiments. He feels compelled to keep her safe at all costs, even if it means risking his own safety in the process.

Love, treachery, and death are all part of the second book’s plot, keeping readers on the edge of their seats the entire time. The Goddesses in the Moon, with a highly intimidating plot, is undoubtedly a book that readers will have a hard time putting down.

This novel isn’t just a beautiful romance but a magnificent consolidation of a captivating, intriguing, and most unpredictable storyline. Acacia Warmerdam continued to bless her readers and came up with the third part of her highly anticipated novel, The Girl Who Sleeps in the Moon.

After the previous book’s events, Emilia must continue her quests to learn about the past, and the more she knows, the more uneasy she becomes. It is increasingly difficult to watch others suffer. After her own losses, Emilia begins to believe that nothing will change until Montu dies.

The final Goddess of the Nile falls in love with an enemy, and Nefurie must learn to trust, or she will suffer the same fate as her predecessors; however, will love be enough to save her this time? Before beginning the final book of her ancestors, Emilia receives a surprise that gives her hope for the future when she finishes the story. The narrative focuses on Emilia’s grandmother and her life as a forgotten and imprisoned princess. Mona’s life is dull until a forbidden romance quickly blossoms, and she is swept away by the enchantment of love. The end of the last book leaves Emilia struggling, and she is surprised to discover support in the most unexpected of places.

It is a truth universally acknowledged that any list of the best romance novels must be in want of Tempting the Divine! Among the most popular romance novels, Tempting the Divine combines beautiful writing with a touching love story and endearing characters. This story is an extension of The Goddesses in the Moon series, depicting Liza’s struggle to overcome her demons while dealing with the aftermath of the previous trilogy. This is a love story about second chances in life. Liza, however, receives a third opportunity to discover love and happiness. As a former Goddess from a different era who escaped the battle, she is tormented by guilt. While the other Goddesses around her have discovered happiness, she feels lonely and isolated. Liza cannot help but feel stuck in the past when she sees everyone else thriving and progressing. Despite her desire to proceed, she requires time to recover from a traumatic experience. The plot then took an abrupt turn. Liza finds love in the most unusual places and with the most unlikely men without actively seeking it. When Theo gazes into her eyes, he perceives his entire universe within her. If anyone deserves a happily ever after, it is Liza. The romance novel Tempting the Divine exemplifies the portrayal of love as the most unexpected and beautiful visitor in our lives.

Liza and Theo’s romance is as honest as it is unexpected and so vividly realized and utterly believable that readers will be gasping, cringing, and crying along with them.

Having spent many years hunting demons in the underworld, Artemis is deeply troubled by her past and struggles to adjust to life in the Human realm. Living in the shadow of her mother, the world’s savior, she feels lost and unfit. Artemis is broken and exhausted, desiring a vacation and a chance to unwind for the first time in a long time. She feels jaded by the world after her divorce. She is on the verge of swearing off men until her last mission sends her crashing into a man. Some claim that the Fates had a hand in bringing them together. As her younger brother’s best friend, Kory didn’t know what to do with the feelings he couldn’t shake for her, but he was aware of her talents. Even though he was only a mission to her at the time, he accepted it. In this dark retelling of Artemis, she undergoes many trials, and despite her flaws, she is a compelling protagonist to root for. Action and intrigue abound in this page-turner, and not everything is as it seems. In reality, her life appears to be rapidly deteriorating. As much as everyone around her wants to assist her, she must first learn to help herself and overcome her past traumas in order to turn things around on her own. So, the real question is: Will she be able to save herself without causing harm to those she loves most?

Go, find out for yourself on Amazon, and don’t forget to keep a napkin with you as you will be sweating hard with the most thrilling, exciting, and sizzling romantic Acacia’s Warmerdam’s stories of all time, enough to sweep you off your feet!