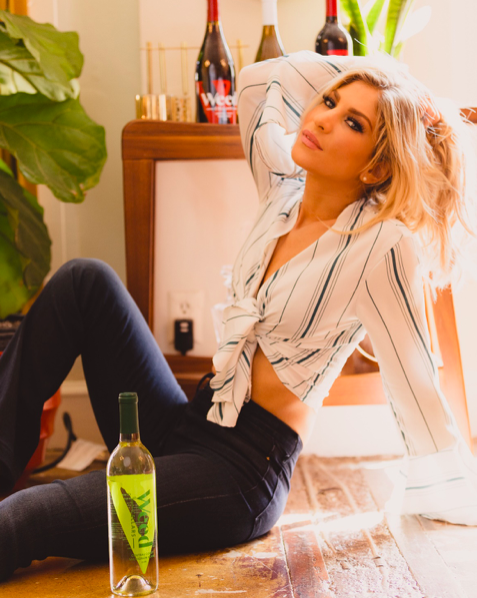 At a young age, Holly Valentine has already made a name for herself as an elite businesswoman, social media model, and strong advocate for women empowerment. She has built a social media empire accruing a following of over 1.5 million loyal fans which continues to grow each day. Valentine also co-owns one of the leading lifestyle and beverage brands. She has proven she can accomplish anything she sets her mind to, but Holly has faced a great deal of adversity to arrive in the successful position she’s in today. To Holly, mindset is what ultimately dictates an individual’s success, and she hopes her story will show others exactly that.

Valentine’s journey into social media began after she was fired from her first job as a marketing and brand strategist at a renowned marking agency. At one point, this job was a dream of hers, and she even left college as a junior to jump on the opportunity when they offered her a position. Although she was devasted at the time of her termination, she was soon able to draw motivation from the situation and applied it to her multiple aspirations going forward. Holly stated:

“Getting fired from my previous marketing job was the best motivation I could have ever asked for. Proving people wrong is such a big motivator for my success, and that was exactly the push that I needed to really put myself out
there and believe in myself.” -Holly Valentine

Holly credits her ability to maintain a positive mindset to helping her find success across multiple industries. For Holly, purpose and profit have been known to be delicately intertwined. Initially, it was challenging to mix careers as an influencer and businesswoman, as it required a lot of mental strength to transition from the free flow of an influencer to the strict regulations of the beverage industry. Maintaining her social media platforms along with her company requires a lot of creativity and networking on Holly’s part. Although she didn’t plan on entering these industries when she was younger, she absolutely loves what she does and is excited to work towards her goals each day.

Holly discovered her passion for female empowerment as her social media career took off. She strongly desires to empower women in the business world, and she wants to encourage them to rid themselves of the doubt and worries that hold them back from chasing their dreams.  Valentine hopes to one day be remembered as someone who made a significant impact on normalizing female empowerment. She has worked hard to bridge the gap between being an Instagram model and entrepreneur and has made it her mission to inspire women worldwide. Holly strives to always lead by example and encourages women to achieve their career goals no matter what their background may consist of. When asked what advice she has for aspiring entrepreneurs, Holly said:

Holly is excited about the future and has plans to do a lot of traveling. Without giving too much away, she explained that she is working on a fun way to share all of her traveling experiences with her fans, and a lucky few may even have the opportunity to join her. One thing is for sure, Holly is an inspiration to women and aspiring entrepreneurs across the globe. There is no ceiling for what she can achieve, and we would like to wish her all the best in all her future endeavors.