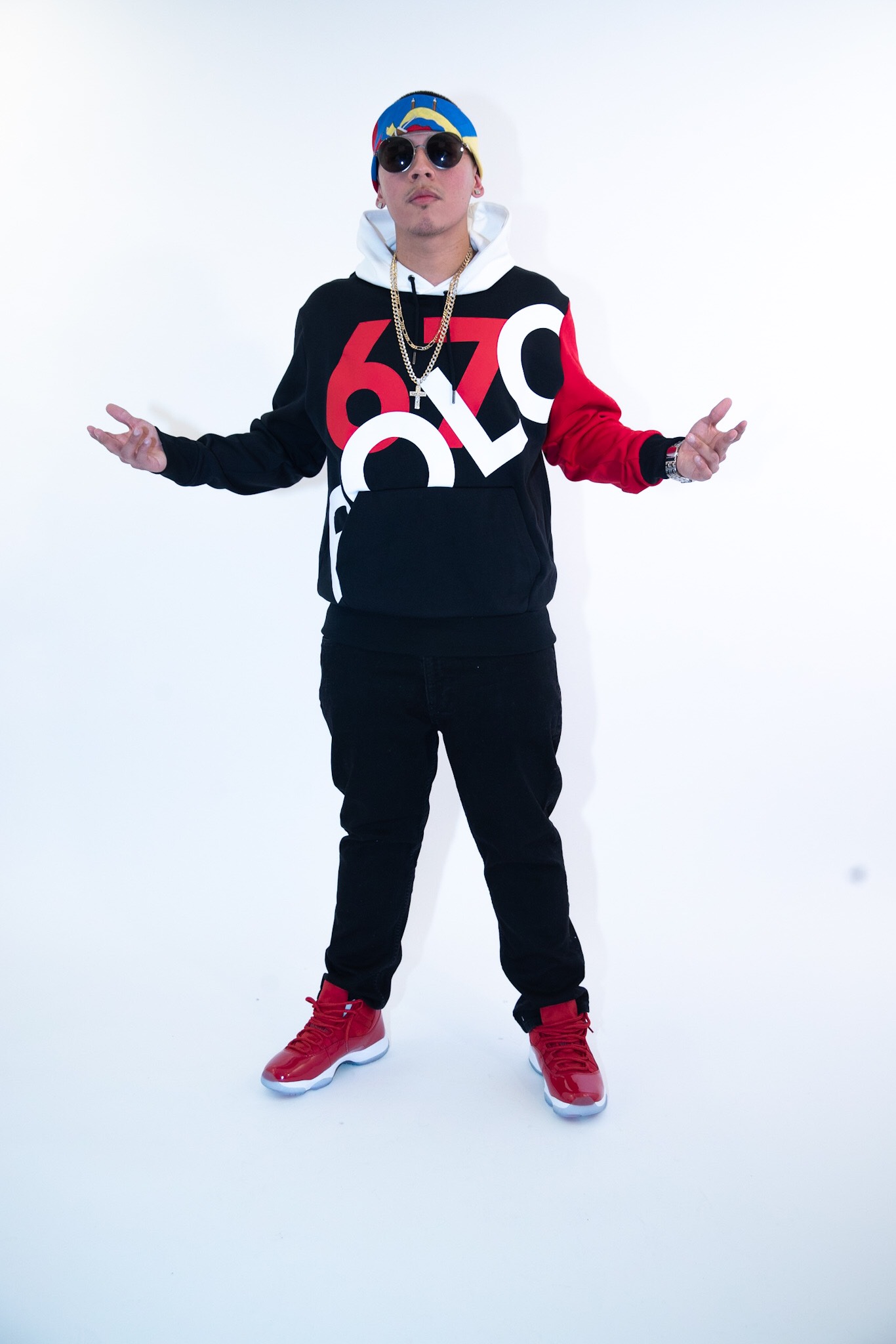 Armando F. Arteaga known in the artistic milieu as Mando El Pelado, was born in the United States in New York City (July 31, 1987) and of Ecuadorian parents. At 6 years He moved with his Ecuadorian parents to Guayaquil, where he spent his first years of studies. He lived in that city until he was 13 years, where he returned with his parents to New York, United States where he lives in the actuality.

According to the artist, he began his musical career when he met his current manager Rafael “Fellito” Rodríguez from the Eclat Network company. Arteaga explains that Rafael was working with the Aventura group. They met at the sound engineering school
“Touro College”. He formally began his career in 2012 with the song “Una noche”.

However, in 2013 for the first time he began an international tour with his second single titled “Don’t tell me no” with Dominican artist Jay Martes, who was part of the group from the same country, JN3, which is known to have carried out a collaboration with Omega on the song “Tú y yo”.

His stage name comes from the diminutive of Armando, (Mando), and “El Pelado” was due to his physical appearance, since it makes him look younger than his age.

In 2018 he appeared on Calle Ocho in Miami where he was on the stage of Univision. That same year he also performed at the Ecuadorian festival “For you Ecuador ”organized by the Ecuadorian community in New York. This festival will takes place annually at the Flushing Meadows-CoronaPark in New York.

He has collaborated with some important producers such as J Traxx and SPK. J Traxx began as a producer for the group Aventura and has produced for artists such as Arcangel, Don Omar, De la Ghetto, Lapiz Conciente and Tali, on the other hand the producer SPK worked on the song -Oye Mi Canto- with NORE Daddy yankee, Big Mato. He has also worked with American artists such as Tory Lanez, ASAP Ferg.

2020 was a key year for Mando El Pelado because he was invited for the second occasion to appear at the Calle 8 Festival in Miami on the Univision stage, but This event was canceled due to the Covid-19 pandemic. The songs; “Hoy se va bebe”, “La que Vale”, “Tu amiga”, “Deseos”, “Bésame” y “Traición” they were chosen to be part of the soap opera “Sí se puede” of Ecuavisa, Ecuador. He also released his theme titled Corito Sano with the Guayaquil singer Oveja Negra. And won the recognition for best urban artist at the Viva La Juventud Awards organized by the Telemundo Network.

This 2021 he launched the song Olvidar with the Puerto Rican artist E.Q. Work done produced by Eddiel, who previously worked with the artist on his EP titled “It’s Complicated EP. This song will be in English and Spanish !!! The promotional campaign of the artist Mando El Pelado is in charge of the Representate Artistic and Public Relationship Eduardo Villaquirán.