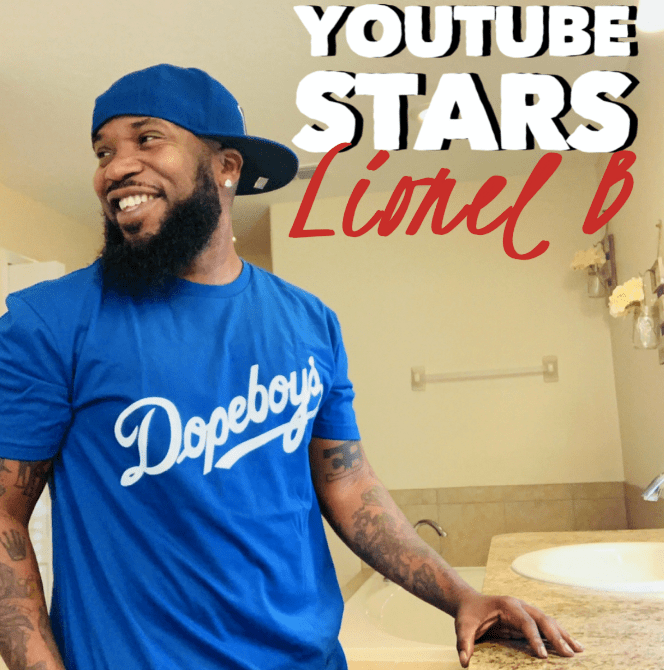 The viral YouTube star Lionel B from the Lionel B Show and rapper Blood Raw formerly signed to Young Jeezy, the two Floridian entertainers collaborated on Blood Raw’s latest single “Hustle 4 Mine”. A highly unexpected collaboration turned out to be something magical and much needed for hip hop, in the days where it appears that only snitches like Tekashi 6ix9ine wins on the top of Billboard charts. A breath of fresh air is coming from a popular standout blogger, and no it’s not the O.G. Dj Akademiks that seems to be riding 6ix9ine’s wave and wallet.

The 40-year-old YouTuber who is also the host of For The Love Of The Culture, and Lyrical Exposé shows on Caffeine TV is from Panama City, Florida and also Blood Raw is from there as well. It turns out that Panama City, has churned out a lot of notable celebrities that were born there, such as Lionel B from the Lionel B Show, Blood Raw a popular rapper, and Nilsa Prowant a reality star on MTV’s 2017 Floribama Shore.

Blood Raw real name Bruce Falson was a member of rapper Young Jeezy’s coke-rap trio U.S.D.A., and he began his rap career while serving a six-year bid in a Florida prison during the mid-‘90s. The rapper found himself in troubled waters legally, facing federal drug-trafficking charges, however he beat all of his counts in 2006. Lionel B stated he was always a fan of Falson, especially since he represented their city so well and their families are very close as well.

Lionel B born as Lionel Barnes was commissioned by the rapper to put together an eye-catching lyric video, and that’s just what the celebrity news personality did. The YouTube star has managed to rake in over 80 million views, over 324,000 subscribers and close to 200,000 followers on Instagram in a year beating out any other celebrity news blogger in his niche. We are definitely looking out for more singles from Blood Raw, and also more amazing visuals from Lionel B. Check the video link below for Hustle 4 Mine lyric video:

Ktborderline is Back in the Studio During this COVID 19 with his New Song, Amerikkk