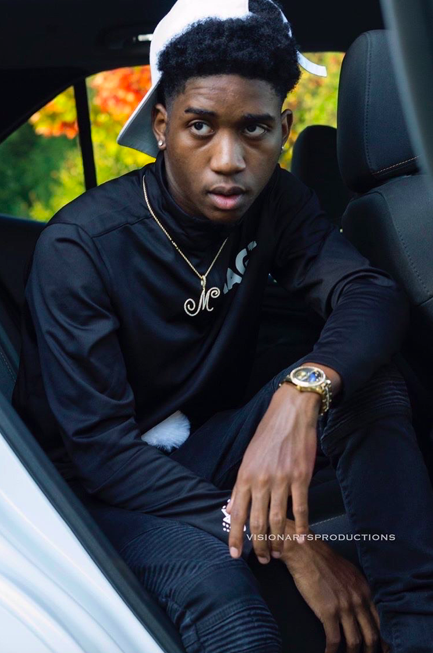 Music is known to be one of the most expressive art forms. Throughout history, it has been regarded as expressive of motion, human characters, tension, identity, and social conditions. But most listeners and creators of music perceive it as an expression of emotions. It bridges the gap between thoughts and communication. Through music, one can verbalize emotions that are otherwise difficult to express. Music has an emotionally charged nature, due to which it becomes an incredibly effective way to express oneself and cope with life’s challenging circumstances.

The music artists that are renowned today were once trapped in their heads with thoughts and emotions they could not express. They chose music as their medium to convey their emotions to the world. While there exist many kinds of music, the one most popularly chosen as a mode of expression is Hip-Hop/rap. Eminem, Jay-Z, Drake, Tupac Shakur, Lil Wayne, Kendrick Lamar, Nas, Snoop Dogg, Post Malone, Nicki Minaj, Travis Scott are a few names that took the Hip-Hop/Rap genre to the top. Hip-Hop artists have, indeed, taken the music industry by storm. Today, the music industry is flooded with many emerging talents striving hard to make it big, and one of them is Magic Trikk. There is something unique about this kid that makes him stand out from the crowd. He possesses the ability to transform his thoughts into musical masterpieces. This young stud, brimming with talent, is on his way to becoming a rap sensation.

Music Comes from Within

Jordan Spalding, professionally known as Magic Trikk, was born to John Spalding and Janelle Spalding on May 28, 2003, in Bowie, in Maryland. The young couple was inspired by music. Both of Magic Trikk’s parents were inclined towards music and frequently listened to many variations of Hip-Hop. His father is also the CEO of Nulook Records. So, giving birth to a child who grew to be immensely passionate about music came as no surprise to them.

Magic Trikk grew up in a musical household. His fondness towards music hails from his father as he, too, was deeply invested in music. From a very young age, he had been exposed to the music of top-of-the-line rappers ranging from Lil Tjay, A Boogie wit da Hoodie, Juice Wrld, Lil Baby, and NBA Youngboy.

As a kid, this emerging Hip-Hop artist had a shy personality. He often found himself isolated from the crowds. Music brought him solace and peace. It was his happy place. Growing up in a household when the sun rose and set with music, Magic Trikk decided to write raps. He chose raps because he grew up admiring and looking up to rap artists that came into his father’s music studio. He was fascinated by how powerful and impactful plain words can sound when put into rap and combined with the right music.

Portraying thoughts and opinions in a medium that is accessible worldwide is not an easy job. It requires great skill and perfection to do so, and using rap as a medium to do so is an even difficult task. Not everyone is talented enough to write lyrics that rhythmically convey what one feels or thinks. But all this came to this young Hip-Hop music artist naturally. He is one of the few emerging talents who have mastered this form of self-expression at the age of seventeen.

An Emerging Powerhouse of Talent

At the age of seventeen, this young Rockstar has released his first EP in February 2020, which has eight tracks and is titled ‘Laugh at Me Now.’ The story behind the title, as Magic Trikk says, is ‘It’s titled Laugh at Me Now because that was me expressing to the world that “I’m here” and the things people laughed at me about years ago are no longer an issue. The same people that weren’t kind to me are all tryna be my friends now and try to reach out to me, so my response to them is “Laugh at Me Now” because there’s nothing to laugh at me about. I’m doing everything, right!’.

He has already begun working on his upcoming album ‘Bipolar Emotions,’ which will have at least fifteen tracks. The emotions that inspired Magic Trikk to create this album were loneliness and dejection. He believes that he has always felt different and deviated from the crowd. Often, he was judged and misunderstood, which made him left out and alone. He says, ‘Although I am not Bipolar, I believe I have many emotions that some people would classify as bipolar.’

At present, he is all set to release his first album, which will bring him a step closer to his dream of being a rap star! One of Magic Trikk’s favorite quotes is;

“The biggest pleasure in life is doing what people said you couldn’t do.”

In Conversation with “Lito the Guy”: How Can Independent Artists Can Promote Their Music and Build a Fanbase?