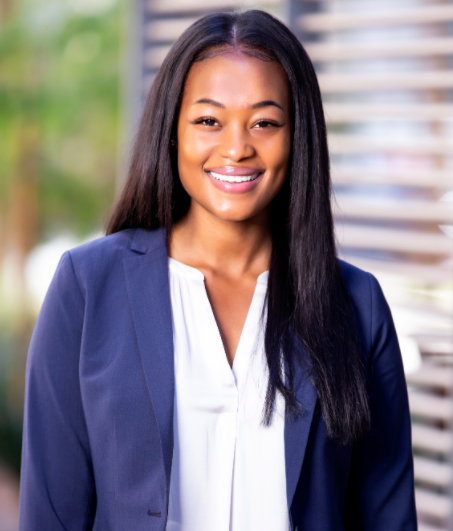 According to The U.S. Census Bureau, over 40 million people living in the United States were born in another country. Therefore, it is no surprise, why The United States it’s known to many as the melting pot of the world. Many of these migrants are looking for a better life, and/or running away from dangerous consequences and people. As a result of this, now more than ever, there is an increasing need of immigration attorneys that are needed across the country.

According to statistics, there is a lack of legal representation at the border, or in most detention centers in general across the states. This is an issue that law firms such as IBF Law Group are trying to tackle by expanding their reach and representing some of these migrants.

“I am the founding member of IBF Law Group PLLC, a law firm located in downtown Phoenix.” Sheree Wright says. “Once I noticed the lack of genuine immigration attorneys in the field, and connected with my own passion for immigration law which comes from being an immigrant myself, I founded IBF Law Group.”

Sheree Wright graduated from DePaul University in 2013 with a Bachelor of Science degree in Political Science, and later went on to pursue a Juris Doctorate and a Masters of Law (LLM). During her undergraduate career, she worked as an investigator with the Equal Employment Opportunities Commission (EEOC) in downtown Chicago.

“My main focus there was to investigate cases that involved employment discrimination on the basis of age, race, sex, gender, or dissabilities in Fortune 500 companies.” Sheree says. “Then during my law school career, I co-founded a non-profit organization called The Wright Way Foundation, which seeks to reduce poverty and homelessness while generating and providing educational resources necessary to support youths, families, groups and educators in Jamaica.”

In addition, Sheree has served as a board member of the Black Law Student Association (BLSA), of Sports Lawyers Association (SLA), and of the American Bar Association Young Lawyers Division. All of this before founding IBF Law Group to focus on representation of migrants.

“For me the biggest challenge when starting a business is finding like-minded people who understand the importance of timeframe, deadlines and immigration law in general.” Sheree shares.

As an immigrant herself, Sheree sees immigration as her passion. This is why she also works on her mindset–because without the right mindset, work cannot get done. Similarly, Sheree had to make sure that she would work long-term on something she was passionate about, because if not it would feel like regular work rather than meaningful work.

For Sheree, fear is imaginary and in order to truly succeed, you have to be fearless. In order to achieve success, which according to Sheree is not about financial gain but about helping the less fortunate, you need to be charitable.

“My next projects include going to the border and volunteering with migrant children.” Sheree Wright shares, which is related to her biggest obstacle. “What I have had to overcome, and I am still working on, is my emotion. Immigration law is a very heart wrenching area of practice, especially in this administration where there are so many new laws being implemented to stop migrants from crossing the border.”

Sheree understands that usually migrants come because they are running from persecution in their home country, where they would face danger if they were to return. Unlike her competition, Sheree actually cares and has seen the results of her hard work. This has been evident with the cases she won in 2019-2020.

“One of the cases we won included a young man from Bangladesh, who testified that he would be afraid to return to Bangladesh because the Awami League would harm him. He testified that the Awami League would harm him because they believed he and his family were members of the Liberal Democartic Party (LDP). The court considered all of the evidence of record and granted the Respondent’s application for Asylum. This case was a major win for the firm because Asylum is granted to individuals who are directly involved in a political organization. However, this Respondent was not personally affiliated with the LDP Party. This Asylum was granted based on imputed political opinion. It is very rare for a judge to grant Asylum based on an imputed political opinion.” Sheree shares.

Sheree thinks that the current immigration system “is a joke”, because it is ever changing and drastic. In addition, she also sees immigrants as crucial for the United States. In her eyes, the United States was built from the back of immigrants, who boost the country’s economic growth, and raise the general productivity of workers. This is why she is proud of winning a case against U.S. Immigration and Customs Enforcement (ICE).

“ICE wrongfully deported my client to Mexico on January 16, 2020. This client has a case currently pending in the Board of Immigration Appeals. If an immigration court has issued you an order of deportation, then you will be told to leave the United States. However, if you choose to appeal the immigration judge’s decision, you can do so by filing an appeal with the Board of Immigration Appeals (or BIA)—the highest administrative body that interprets and applies the country’s immigration laws. Respondent’s always have 30 days after the immigration judge’s deportation order in which to file an appeal with the B.I.A. Unless you waive that right, you can’t be deported during this 30-day period. And if you do appeal, you can’t be deported while your case is being decided by the B.I.A. either. After you have filed an appeal, the stay will go into effect automatically. However, ICE neglected to check whether my client had a case pending with the BIA and therefore deported my client. I had never seen it done before or heard of this happening, but my client was ultimately brought back into the country two days after his deportation. Although his case is currently pending in the BIA, this was a small victory that has never happened before. Once you are deported, that’s usually it and you’ll have to wait for your case to be adjudicated in your home country. However we were able to get this client back into the United States within 48 hours.” Sheree recalls.

To follow Sheree and her work with IBF Law Group, as well as find out more about her future visit to the border, go here.