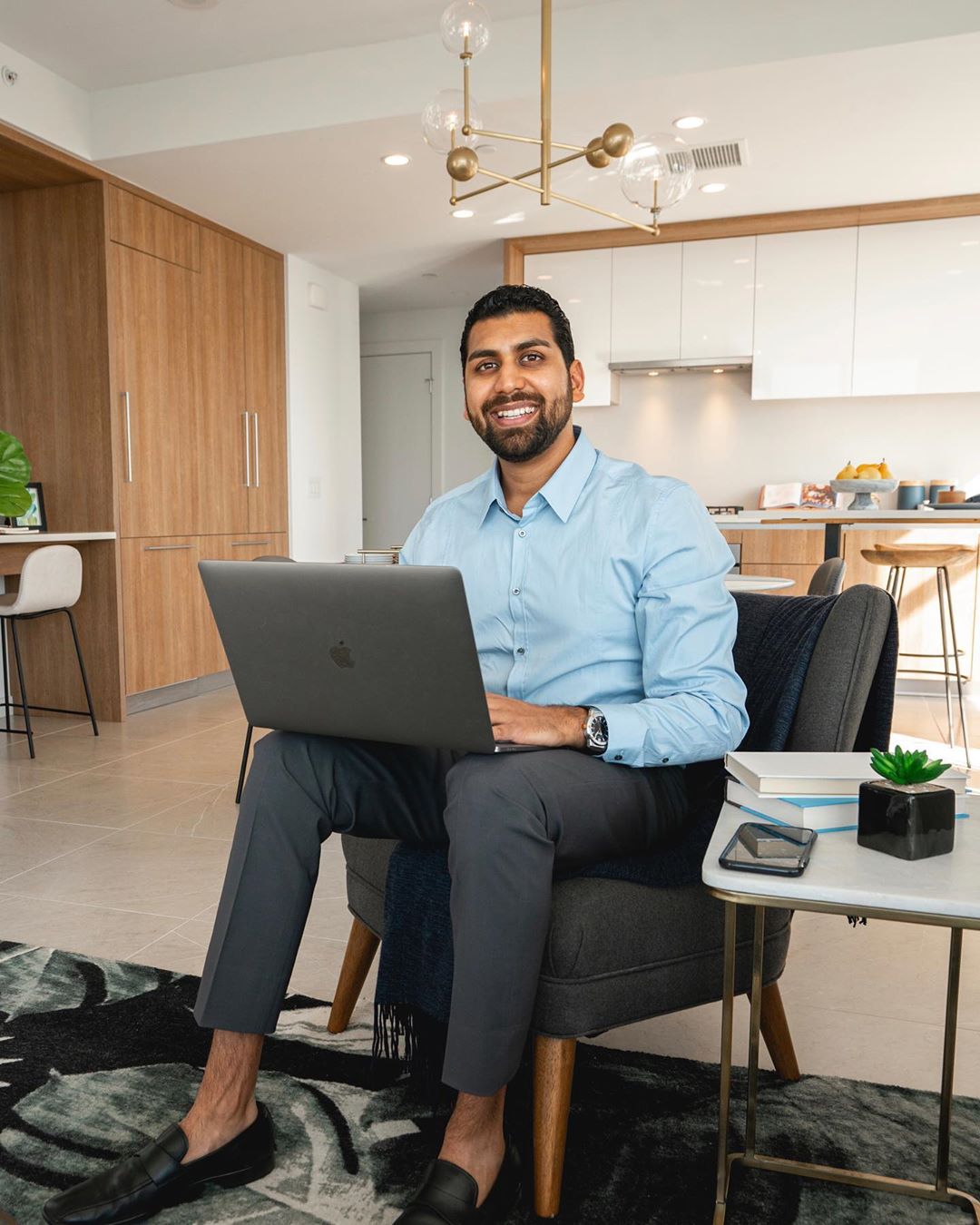 The real life story of Aaron Gill, a first generation American who chose his dream life and never looked back.

When Aaron Gill moved to Chicago in 2011, real estate had never even crossed his mind. The 25-year-old was attending medical school and working at the hospital at the time, with four years of ICU shifts and a low pay challenging him to make ends meet during his studies.

When he moved into his apartment, he noticed a sign on the building offering $500 monthly in rent discounts for each new tenant referral. Within a month, Gill had brought three new tenants into the building, already reaching the maximum allowed in total.

His talent to find people a place that they’re happy to call home did not go unnoticed. The agent who was dealing with the listings at the time recommended him to a real estate agency in Chicago, where he started leasing apartments and units as a side job.

Soon, Aaron Gill’s potential for growth in that agency had found its limit, which is why he decided to put medical school on hold for a year and dedicate his full time and efforts to the new found passion, quickly moving on to class a buildings and luxury real estate. The rest is a success story.

Born and raised a first generation American in Philadelphia, Gill was brought up in a household of parents that were very supportive of his choice to dedicate his efforts to medicine. Running businesses themselves, they were aware of the responsibility and the risk of relying on factors that are out of your own control. Still, Aaron Gill got exposed to business within the family at an early age and felt the call to go after his bloodline himself later, long after finishing high school and college in Oklahoma.

These days, he doesn’t really spend much time looking back. Too important are his mindset, the gratefulness for the current and the vision to leave his footprint in the most positive way possible. After working for a boutique real estate agency for four years, he started his own company called Epoch Chicago and has only taken business to new heights since.

Leading his own luxury real estate agency, Aaron Gill has established himself as a multi-awarded top producer in Chicago.
Following a busy schedule only someone who loves their profession can maintain, Gill is constantly providing extraordinary real estate to his client’s most detailed demands.

With the boom of new Chicago high-rise buildings and luxury development in the past 5 years, Aaron Gill and his hard and unique work ethic launched him into the top ranks of US top producers. Earlier this year, he joined his development partner in the Onni Group in Los Angeles to work on the prestigious Hope + Flower project in Downtown LA. An important and logical step in Aaron Gill’s journey.

Now that he has arrived in Los Angeles, Gill is looking to get involved in the Cumulus District vision in Culver City. An extraordinary project with the approach to build a community rather than just places to live. A project made for the top producer, who came to the city to stay just before the situation of the global pandemic changed everybody’s schedules.

But that won’t stop the positive minded top producer, who’s only thinking about helping the next people find their perfect home. Business never stopped for him and since he has come to the city with a clear vision, there is no doubt he will only continue his road of success in California.