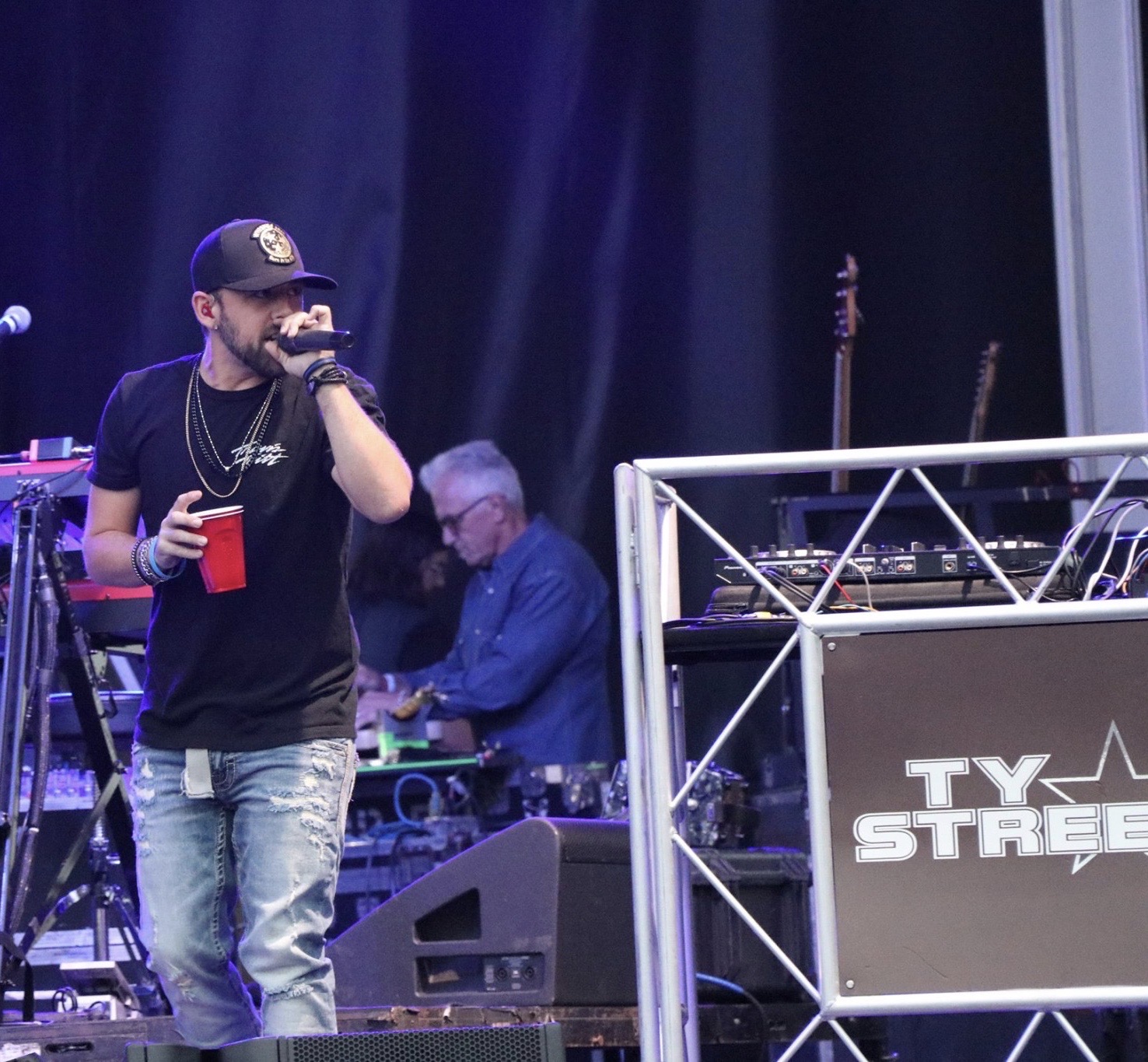 With striking and energetic performances, DJ Ty Street brings a new meaning of what a DJ is.

When people think of an artist they naturally associate with actors, musicians, and singers.  But how often do we think of a DJ? With a growing following amongst people of all ages, DJ-ing is becoming a highly popular method of artistic and musical expression.  To some it’s pushing a playlist button and taking requests, but Ty Street does more than that.

Ty Street has opened the stage, as a DJ, for some of the biggest names in country music to include: Luke Combs, Little Big Town, Brett Eldredeg, Chris Young, Old Dominion, Brantley Gilbert, Dustin Lynch, Lady A, Darius Rucker, Dan & Shay, Maren Morris, Kane Brown, Travis Tritt, Morgan Wallan, and Cole Swindell, just to name a few. His ability to capture the crowd, with heavy interaction, upbeat dialogue, and contagious positivity sets him apart while giving him the opportunity to perform with the best of the best.

“The White Boot Bandit”, a nickname he acquired from his fan base for always wearing white ostrich cowboy boots, captivates audiences as the Official DJ for major events in the area. DJ Ty Street kicked off the two opening shows for Dustin Lynch’s 2015 Hell of a Night tour.  Amongst many other achievements, he has performed major events such as the annual East Coast Surfing Championships, the Country Radio Seminar in Nashville, and the annual Patriotic Festival in Virginia Beach. He can entice an audience but also impress brands and companies landing him the ability to perform for Sponsored Events by Red Bull, Monster Energy, Jack Daniels, Miller Lite, and Vans: Off the Wall.

When Ty is not traveling for events, Ty is very popular and performs regularly at one of America’s Top 100 Nightclubs and Bars: 97.3 Eagle’s Nest Rockin’ Country Bar in Virginia Beach.

Success is obviously a goal for Mr. White Boots but he is also an entertainer for the people.  He is constantly seen at charity events and rallies for various causes.  DJ Ty Street, a passionate musical genius, has a style unlike others and goals to match.  His dream? To become a full time DJ for a major country tour like his Country Music counterparts: DeeJay Silver (Jason Aldean) and DJ Rock (Luke Bryan).  While a Global Pandemic is enough to stop most entertainers in their tracks, Ty Street stays optimistic. Although he misses being on stage, he has successfully wowed a virtual crowd in numerous live broadcasts, practicing and perfecting certain skills to bring back to the crowds. He has been able to find more time to focus his energy on “backstage” scenes, like networking and building his brand. DJ Ty Street is a force to be reckoned with, highly motivated, incredibly talented, and ready for the future.

‘Distant’ by the Tampa Artist, OA Marq, is a Heart Touching Track