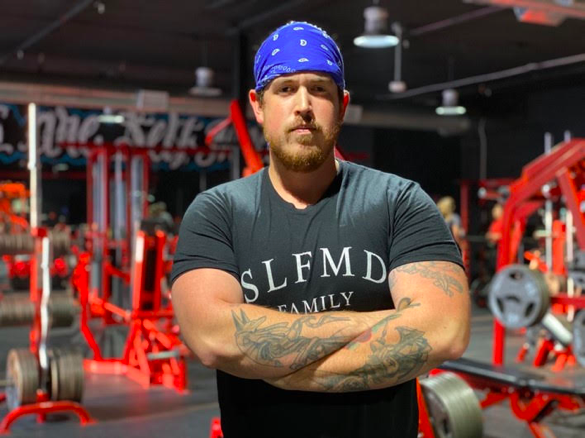 Being self-aware is a challenge of life. The journey one embarks on is not unusual but is full of ‘struggles.’ Every person struggles and makes sure that their life gives them a fair number of chances to make the most out of it. It is not right to state that everyone is blessed with an easy life. Despite every stated fact, it is not wrong to say that ‘the journey to greatness begins with a person’s will to achieve it.’

A person grows up while encountering different experiences. It helps them learn the realities of life from different perspectives that impacts their mindsets and personalities. It creates a certain influence, imprinting minds to resonate with the experiences the world has to offer. Experiences as such are a part of life’s struggling phases. Encounters are not similar for everyone; as every individual is living in a different story. The decisions they make in this ‘journey of life’ lays the foundation of their future.

For every person, the struggling phase starts from a person’s schooling life. The intensity may not be as much as it is while growing up as an adult, but it is still there. It is how John Corvin started his journey of struggle. Born on May 8th, 1996, John was an athletic youngster. John, during his childhood, experienced the unusual realities of life. His father was a drug addict and struggled with his temperament. Circumstances changed when John’s father ended up spending most of the time in prison. It was then when John’s mother stepped forward to serve as the sole-bread earner for the family. She worked hard to provide the family with a stable future.

On the other hand, John’s father could not cope with his habits, which somewhat influenced John’s life. It was not long when John lost his father. This was the turning point of his life. It opened doors, exposing John to the possibilities life had to offer. 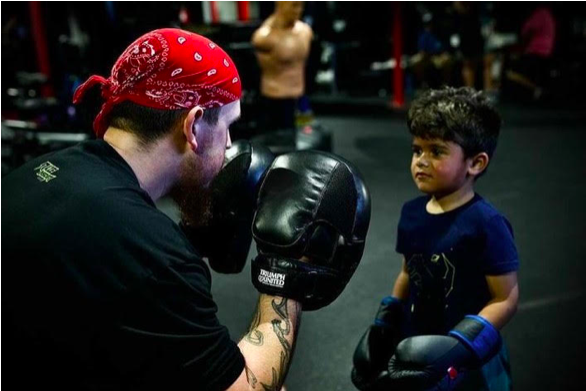 Identifying His Passion for Physical Fitness

While John was in high school, he wanted to explore new things. This the age where people take things to heart, and the reactions of people who surround them begin to hurt.  Same was the case with John. After his father’s death, John would explore different things on his own. His explorations were not on the right path. Very soon, he understood that his adapted way is wrong and of no worth. Progressing bit by bit, as an athletic person, John started developing a passion for physical training and the need to focus on physical fitness. He associated himself with various games like soccer, ball, boxing, along with several others. In high school, John fell into gangs and drugs! He lost his cousin to a gang shootout! John realizes that there are only two ways to end up; either dead or in prison or get help twirling on getting out! John fought his demon from his past for many years, and he was headstrong determined! He uses fitness as his outlet to escape his demons!

Over time, for physical fitness and training became a source of motivation. He embarked on a journey towards the greatness of life. John graduated from Audeo Charter School. The passion for physical fitness allowed him to get certified as a personal trainer through ISSA. It was not long when in 2016, John started training professionally at a local gym. Working and exploring the clarity of the way he was to choose, John thought it was now time to transform others’ lives.

As an American coach and fighter, John runs the Raven Boxing and Fitness Club today. His vision is to educate people that misuse of drugs can deteriorate a person’s life. Through his fitness club, John wishes to motivate people, particularly adolescents, to lead a stable, healthy, and most importantly, a medication-free life. In 2020, John established the framework for ‘Raven Boxing and Fitness Club.’ Motivating individuals and assisting them with receiving a reliable and generous way of life turned into his objective. John is an expert coach, fighter, and Muay Thai fighter. If individuals become unshakable about their objectives throughout everyday life, there could be no other power on the earth that can turn them from their way. John intends to cause individuals to have a positive outlook on themselves and help them have better existences with wellness. His robust approach towards helping people.

This 24-year-old individual is associated with different youth and boxing programs for youngsters. Seeing an expansion in the dropout proportion, he urges the understudies to go through, in any event, an hour after school in wellness exercises. He orchestrates various workout schedules to redirect the inquisitive personalities to learn something valuable that would profit them later. Being an accomplished individual, he has prepared all individuals from all foundations, from military to specialists, powerlifters to warriors, and 3-year-olds to 60-year-old, to have great wellbeing.

Raven Boxing and Fitness Club have developed the previous year massively. Due to Covid-19, 2020 was an unfortunate year for any. John was fortunate enough to make the most out of the respective annum. As physical interaction was not allowed, John dispatched his web-based instructional meetings, where he trained individuals in their wellness schedules and observed their eating regimens. Web-based seminars permitted his lessons to contact individuals from one side of the planet to the other. John currently has a global crowd that anticipates his expert exercises. He additionally dispatched a private preparing office in Oceanside, and the idea was welcomed.

As indicated by John, a person’s past must only affect positively. This is called embarking on the journey of greatness and identifying one’s self-worth. An individual must know that self-awareness is rare, but it is also a priority of life. No one will help an individual to get out of stressful situations than the person’s instincts. Struggling in life is not uncommon but labeling that struggle as a negative aspect of life is not the right approach. Today, John has helped many people. He mentions that his journey has taught him to stand by people and spread awareness about maintaining physical fitness through ‘Raven Boxing and Fitness Club.’ John has proved his ideology right!