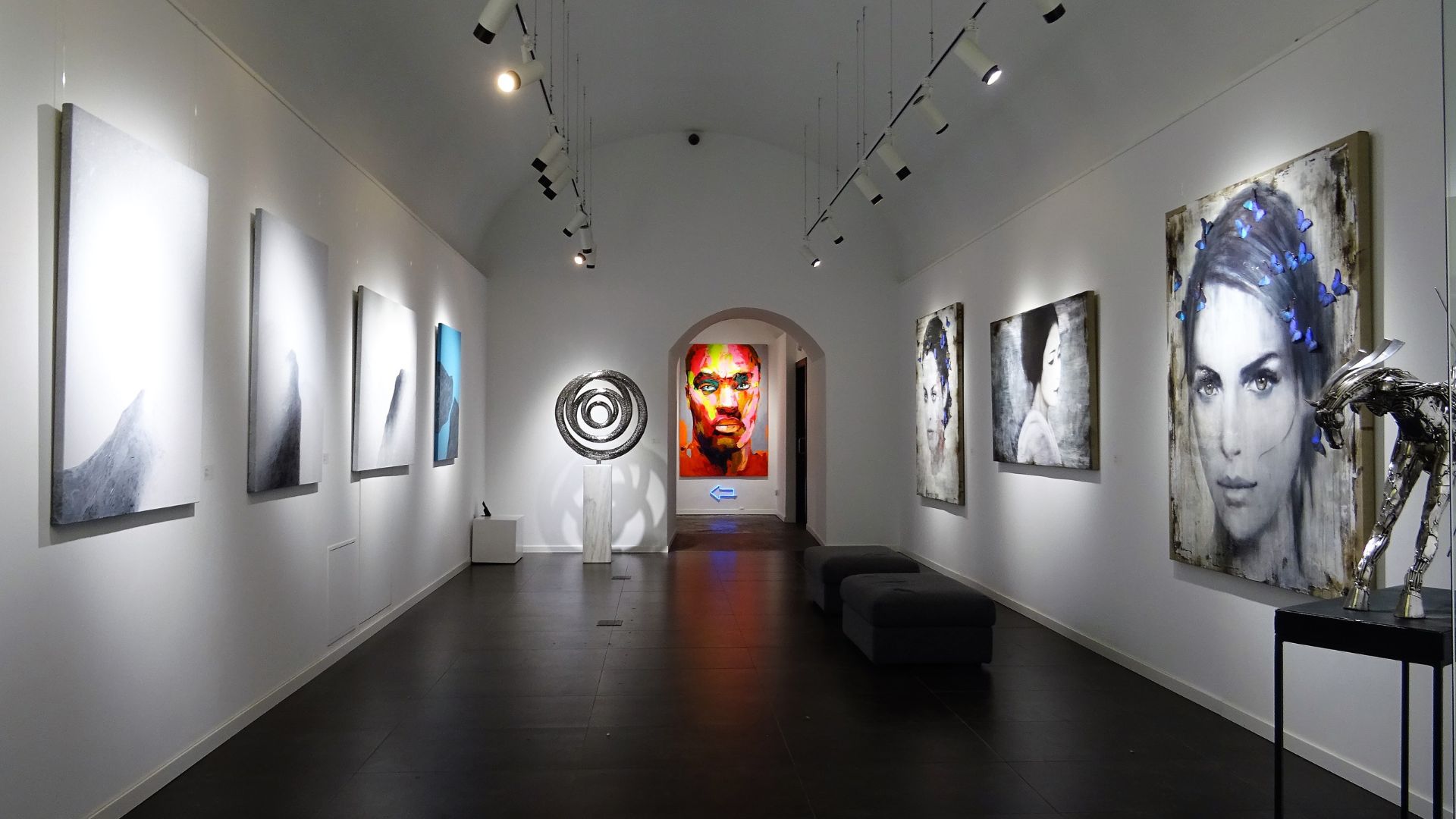 Dino Aranda, the Nicaraguan-born American artist left Nicaragua in 1965 to study at the Corcoran School of Art in Washington, D.C. Nevertheless, he maintained his ties with the country of his birth and with Praxis Galeria Nicaragua, founded by a group of artists to which he belonged.

In 1966 he sent a series of drawings and other artworks from the Corcoran that were exhibited in an individual show at Praxis Galeria. Jose Gomez Sicre, head of the Visual Arts Division, Pan American Union, Washington, D.C., wrote a catalogue introduction for the exhibition that was published in a Nicaraguan newspaper.

According to Gomez Sicre, Aranda’s sketches arouse interest primarily because of their humility and simplicity. The lines in Aranda’s drawings exhibit confidence – freedom without hesitation. The sketches, taken from live models contain all the freshness of a snapshot that serves to quickly define the form, but at the same time, gives the form a degree of emphasis that obtains a valid, permanent expression. The quickness with which the sketches have been conceived and executed does not subtract from their message but only adds to the power of synthesis, which allows visual art to communicate its message economically, with the simplicity of lines rather than the verbosity of prose, allowing the viewer to interpret the message subjectively. Gomes Sicre states that while Aranda is a new name within a generation of artists developing in Nicaragua, the sketches sent from Washington are proof of Aranda’s entry into maturity as an artist.

One of Aranda’s mixed media paintings from the Corcoran, titled “Mujer Desnuda,” an ink and watercolor portrait painting on wove paper, appeared for auction in 2020 on Invaluable. The portrait came from the provenance of the Estate of Ambassador Gerardo E. Wills, who was an ambassador to the United States from Venezuela. Invaluable is a leading online market place for fine art, antiques and collectibles, working with auction houses, dealers, and galleries. In 2016 Invaluable entered into a partnership with Sotheby’s, the world’s largest auction house, which was then extended in 2019 to 2022.

During the formative stages of his career, Aranda also gained the admiration of Rafael Squirru. Squirru was a well-known Argentine poet, lecturer, art critic and essayist who founded the Museo de Arte Moderno de Buenos Aires (Museum of Modern Art of Buenos Aries) in 1956. As Cultural Affairs Director at the Organization of American States (OAS), in Washington, D.C. from 1963 to 1970, Squirru achieved impressive results in promoting Latin American culture internationally.

Writing a catalogue introduction for Aranda’s exhibition at the Cabada Art Gallery in Washington in 1967, Rafael Squirru also commented on the Corcoran artworks exhibited at Praxis Galeria. He states that when he visited Managua in 1966 and saw Aranda’s paintings he was transformed into a state of wonder. Some layer of his memory deep within him was revived with Aranda’s use of color and his treatment of space. He states that while art speaks a universal language, which is especially so in the case of painting, there remains the matter of roots from which the art springs. From the shores of Nicaraguan lakes to the imposing volcano that rises against cloudy skies, Squirru states Aranda painted in this atmosphere of ambiguity, of peaceful contemplation coupled with the rage of protest, which has been condensed in his work.

Aranda has never lost touch with these roots from whence he came.