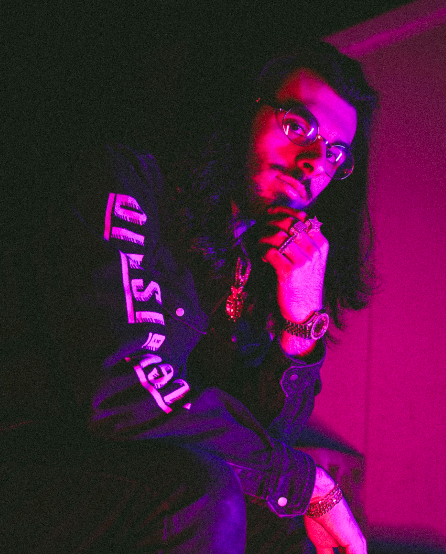 MobBeatz‘s journey into the world of music began by joining the band in elementary school. His relationship with music has continued over time and has allowed him to experiment with different instruments and genres. He grew up listening to a lot of rock and metal and found a way to reflect this influence through his use of guitars when he began producing music, inspired by artists such as X, Peep, Juice and many others, during his first year of high school, when he discovered his most congenial mode of expression inside hip hop and rap.

Since then, MobBeatz has worked over the years to better define his style, thus developing that distinctive ability in musical production that last year earned him a couple of important charts placements.

As MobBeatz himself explains, he had felt pigeonholed as nothing more than “a beat maker” and so he decided to escape that tiny box and the backstage, and make his way to the actual scene and personal success.

With his debut single “Heaven Sent” he reached and exceeded 240,000 streams on Spotify alone, totaling more than 300,000 on all platforms worldwide, and has earned a loyal fan base, not only in New York but also in Turkey. After releasing three more singles, on December 31st MobBeatz came out with his first official project “Love Now, Cry Later“, an 8-track EP that has already received positive reviews and, at the moment of writing, has reached half a million streams globally in the first few weeks of 2020.

Completely self-produced, “Love Now, Cry Later” fully showcases MobBeatz’s inspiration and creativity, characterized by a moody vision that gives life to a musical journey where his vocal performance is embedded in the foreground. Organic and coherent throughout its development, MobBeatz’s EP is a multiform project that is rooted in hip hop and melodic rap, and that does not fail to offer exquisite drifts and contaminations that feel somehow reminiscent of pop and indie, but are without a doubt experimental.

MobBeatz is already on track. He just has to go on.

How New York Based Actor Mike Yang Got Into NYU Tisch