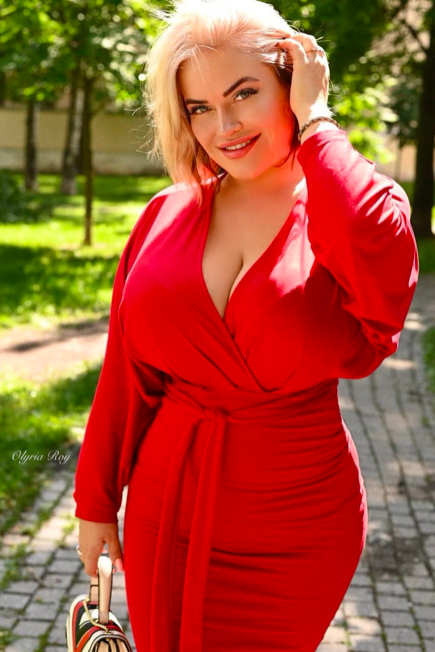 It’s no secret that the modeling industry can hold its constituents to unrealistically high standards. In fact, despite the progress that’s been made in recent years, most curvy or “plus-size” models are still ruthlessly turned away from potential opportunities on a regular basis. This is something that model, singer, and entrepreneur Olyria Roy has experienced first-hand.

Although Olyria gained an extensive education and began an impressive career in the field of International Relations, her lifelong dream was to become a model and recording artist; however, in the first few years of pursuing paid modeling contracts, she was told that in order to become a model, she needed to lose weight and decrease her bust size. According to Olyria, one modeling director even went so far as to recommend that she “cut off those disgusting breasts.”

Of course, this kind of belittling behavior is extremely disappointing, but Olyria didn’t let it stop her from making her own dreams come true. Despite the harassment she endured, she became even more empowered and motivated to define her own path to success. She decided to hire a photographer and strategize her social media usage, particularly on Instagram, to gain an immense following and form a very profitable business.

Now, with more than 2.6 million subscribers across a variety of social media platforms, Olyria has made a name for herself as an electrifying model and gifted singer. Her combined talents have turned into an opportunity to earn well over a six-figure annual income. However, for Olyria this success has still come with a variety of hurdles to overcome, especially as a curvy woman in the media.

“Despite the increasing acceptance of all things curvy, actually being voluptuous in the modeling world still carries with it a bit of a stigma,” says Olyria. “Producers still believe that people do not want to see a non-skinny body on the screen, but this is their loss. This gives us curvy women the opportunity to monetize ourselves better to a select audience. People are passionate and eager to see us, to know more about us, and we have a number of tremendous opportunities to earn our own incomes and to keep those earnings for ourselves,” Olyria boldly stated.

Through the difficulties of pursuing her modeling career, Olyria has clearly triumphed and learned how to hold her own along the way. She has also learned the importance of being prepared for failure and difficulty while at the same time having boundless ambition. Olyria took significant risks and sacrificed many great things to pursue her “impossible” dreams, and she encourages all aspiring models, singers, and entrepreneurs to do the same.

“It’s helpful to remember that even the most successful people are still just people,” Olyria says. “They have fears, they have doubts, and they have worries. They just don’t let these challenges stop them.”

Olyria certainly hasn’t let challenges stop her in the past, and she plans on continuing to further her success as a model and singer through her social media. Currently, she’s preparing an exciting new musical project and has a number of modeling and blogging projects on her plate. Overall, Olyria wants to be remembered as a person who inspires people to become the best version of themselves and to not be afraid of difficulties. It’s safe to say that Olyria is already establishing her legacy, and we can’t wait to see what she does next!