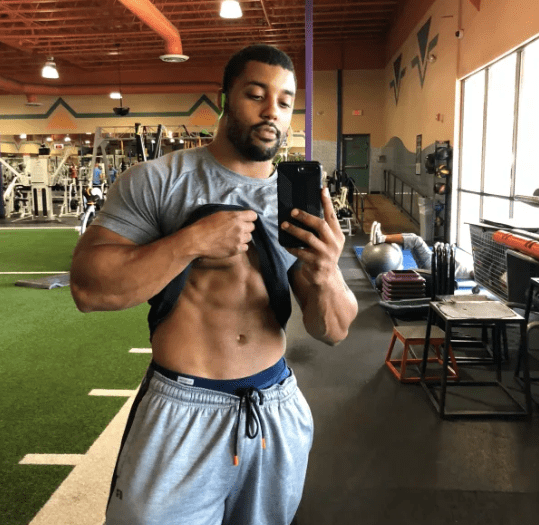 Actor and Instagram model Mark White also widely known under the nickname “Markdabeast1”, was born in 1994. His height is 6 ft 0 in and his weight reached 250 lbs in summer last year. The young man is in perfect shape, the percentage of fat in his body is absolutely low, and the fans can see each muscle, hidden under his smooth skin.

Even if you haven’t heard about Markdabeast1 yet, be sure, that soon he will become a household name. He is different from other male models by his ideal athletic body, which he is ready to demonstrate through social media. He uploads body shots almost every day, and he doesn’t edit his photos – he simply doesn’t need it.

Mark White spent his early years in Sacramento, California. As a boy, he attended Highlands High School. He enjoyed studying and participating with regular workout routines.

Mark gained initial popularity in 2016, when he posted a picture advertising a fitness supplement for company Bpi-sports. Now he continues his work as a model and actor.

Mark changed his name to “markdabeast1” after is was suggested to him by one of his fans. He boasts of 61k+ followers. Markdabeast1 serves as an inspiration for his followers. He motivates his fans to make fitness apart of their lives.

Mark’s popularity increases from year to year, and he has ambitious goals in front of him. The main one goal is to leave a mark in the entertainment industry. He is not in a relationship at the moment, so he is focused on his career goals and family.