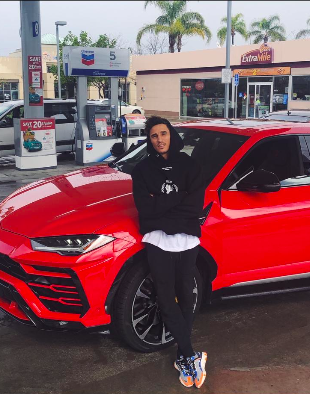 He was a mere fifteen years old when Sam Saadun first began to design clothing in Paris, France.  Although he was young, his creative talents were extraordinary and lightyears beyond his age.  Eventually, the young man relocated to Los Angeles, California, where he launched his first clothing line, Classy Paris, in 2014.  It was then that his work became internationally recognized in the craziest of ways.

It all began when famed popstar, Justin Bieber, suddenly posted a selfie to social media.  In the photo, the singer can be seen wearing the iconic Classy Paris beanie.  His fans went wild, desperately searching online for this highly sought-after hat.  Before we knew it, the internet was ablaze with selfies of people wearing Saadun’s brand.

The designer was ecstatic to share his gift with the world.  His friends joined in his delight and helped to promote his brand.  Soon enough, Classy Paris was gaining popularity though and from other celebrities, such as Jourdan Dunn and Khloe Kardashian.

Saadun’s brand features stylish beanies and unique graphic tees.  Thanks to Bieber, the beanie is Classy Paris’s most popular item.  In fact, this accessory gained so much attention that people have admitted to not leaving the house without it.  It is particularly a favorite amongst men.

This comfy winter hat traps the heat close to the scalp, keeping you warm.  They’re very versatile – perfect for cold winter nights, a trip to Aspen, hiking in the Sierras, outdoor concerts and festivals, playing and watching sports, or even just lounging around at home.  And not only are they useful, they’re incredibly fashionable, too.  Get ready for the compliments, when you wear yours!

Recently, Kim Kardashian posted a selfie, in which she was wearing a Classy Paris tee.  Of course, it instantly went viral, too!  And once again, another of Saadun’s designs rose to fame.  He had officially become a worldwide sensation!

“Wearing a graphic t-shirt is a revolutionary act,” Sam explained.

The best part about Classy Paris is that you can wear it guilt-free.  All of the apparel is sourced ethically and is never purchased from sweatshop manufacturers.  Each garment receives a professional print job with the brand’s designs.  There are many styles, sizes, and colors to choose from.

The designer is proud of his French-Algerian heritage, and currently spends most of his time between Los Angeles and Monaco, where he works hard on a new collection.  Saadun was recently nominated for “Best Designer of the Year” in France.  He says he has no plans to stop creating, so there is much to look forward to from this visionary in the future.

La Bianca is a Voice for Women Through Art