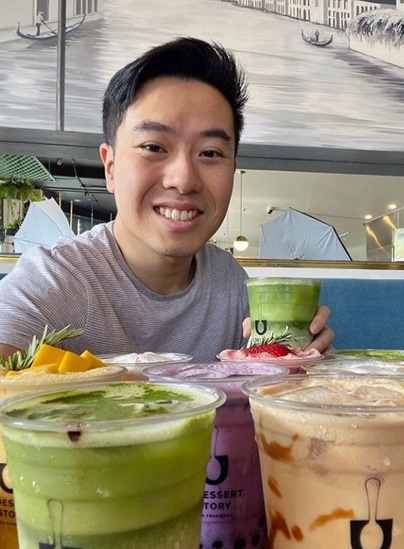 Looking at the Instagram page of San Francisco Bay area food blogger, Tim Cheung, @bayarea.foodies you may think you’ve gone into some sort of foodie’s paradise. It is full of tacos and boba, noodles and pho, sushi and burgers. Basically, a food lover’s paradise. It is enough to want anyone to become a food blogger themselves.

In fact, Tim says “many people have thanked me for inspiring them to start their own food pages on social media.” If you’ve been inspired by Tim and are thinking of becoming a food blogger, whether cooking your own things, or as a lover of the food scene you live in, it is simple to begin with. We all eat, after all. But it isn’t necessarily simple to stick with. To help you out, Tim has given some tips on food blogging.

Tim’s biggest tip? Do it because you love it. Tim says that even if he wasn’t a food blogger, he would likely still be doing something food related as a hobby. Cooking new recipes and going out to try new foods would be on the agenda, even if he did become a computer programmer, as originally planned. But when he started taking photos of foods from hidden gems and local joints, he quickly grew a large IG following, expanding beyond the Bay Area Foodies. His passion for independent, minority owned and ethinc foods continues to hold his interest, promising consistent posts. So – blog because you love it. If you love it, it’s easy to be consistent, which Tim says is a food bloggers biggest challenge.

Staying consistent with it is part of building up a following and becoming successful. But as with nearly everything, consistency can often lead to something feeling like a chore, or to quickly become boring. When something becomes like a chore, we often avoid it, and there goes the consistency, as well as the opportunity to be successful. Tim says that for him, the best way to avoid this from happening is to find ways to make it fun. That can be done by making friends with other food bloggers, who share your affinity for food and trying new things.

Or, you can pull a leaf out of Tim’s book and, once lockdown is over, plan a food crawl, as he has with other Bay Area Foodies. Get together some friends, preferably other food bloggers or foodies, and make a day of seeking out new places. You’ll gain inspiration, uncover a hidden gem, make some memories, and may encounter new flavor combinations or presentations you haven’t seen or thought of before. This used to be part of a typical week for Tim, planning a weekly crawl with friends, sometimes visiting five places within the same day.

Tim says that it’s also important to create content that you actually enjoy doing, and to blog about foods that you find the most interesting. Which may seem obvious, at first. But being a consistent food blogger is a lot of hard work. Food bloggers must drive to wherever the most exciting foods can be found. They often spend hours editing the photos and videos being shared, while thinking of the most captivating captions. With all of this going behind the eating, you may as well enjoy it. Otherwise, it becomes a chore.

With that, let the eating and blogging begin.