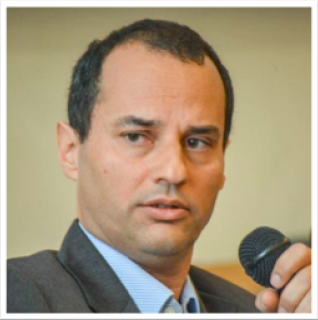 In 2015, real estate mogul Yakir Gabay, founder of AroundTown, had shares at a market cap of 1.6 billion euros (with a price per share at €3) in both the European stock exchange, Euronext (Paris-based), and the Frankfurt Stock Exchange, based in Germany. As of February this year – by no coincidence – AroundTown is close to a market cap of 14 billion euros and is now recognized as the largest publicly traded German commercial real estate company. The company is currently on its way to even greater growth as it’s expected to soon be named one of Europe’s largest real estate corporations.

In September 2019, Yakir Gabay sold shares to TLG Immobilien AG for €1.5 billion.  Shortly thereafter AroundTown began discussions concerning a prospective merging opportunity with TLG. The combined values of the merger amount to approximately €14 billion, yielding about €1 billion in revenue annually. The goal of the merger for both companies and investors is to exceed €100 million in synergies and to join the ranks of the Deutscher Aktienindex (DAX) companies. In the meantime, AroundTown has been working to earn an A rating from the S&P.

Amir Dayan, one of TLG’s largest shareholders, was quite confident in the merger, during the early preliminary stages. This was evident by the fact he signed an irrevocable contract to sell his TLG shares to AroundTown in exchange for newly issued AroundTown stock.

From this binding exchange, AroundTown was later able to secure 78% of TLG shares via the issuing of a tender-offer. This deal settled on February 19, 2020.

In analyses run by 14 research companies, AroundTown SA shares (ETR:AT1), at present, growing from €8.8 per share were granted a “Buy” rating. The researching agencies which conducted the study cover AroundTown’s corporate activities, including consideration of an average annual price target amid brokers to be above €9.

The corporation continues to expand its targets and market goals: Although it currently owns over 150 hotels – the majority of which are 4-star – AroundTown recently acquired a 5-star, 109 room Swiss hotel, Seehof Hotel in Davos. This property is added to the ranks of its current assets, all of which total out to about €6 billion. These properties include Hilton Berlin, Bristol Kempinski Berlin, Interconti Frankfurt, three London Hilton hotels, and Marriott Rive-Gauche Paris.

Insiders expect the recent UK property acquisitions to soon benefit from the Brexit, yielding huge profits for the company and investors.

Google’s Bert Algorithm may affect the SEO Rankings of Websites