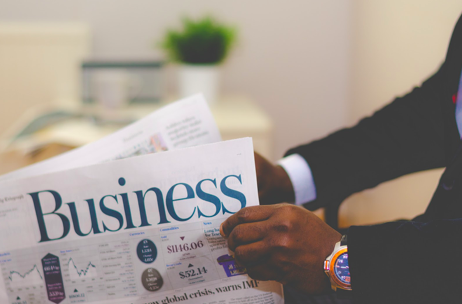 Canopy Growth (NYSE: CGC) is slogging its way through a difficult period of losses and budget cuts in Latin American countries. Meanwhile, a small cap cannabis company is clearly gaining ground in the North American cannabis market and is demonstrating that a rebound of the industry is possible. Veritas Farms Inc (OTC: VFRM) is set to become one of the winners in the cannabis business.

The Argentinian subsidiary of the Canadian cannabis producer Canopy Growth only lived for 77 days, since its formal introduction to the official closure of its local office. The departure of its founder, Bruce Linton, last July, caused a change in Canopy Growth’s global strategy that led to the decision to cut budgets and reduce the workforce in countries where cannabis regulation is less advanced.

On August 20 this year, Canopy made its official launch with the announcement of a cooperation agreement with the University of Buenos Aires to carry out education programs in medical cannabis. Leading the local operation was former Accenture executive Marcelo Duerto, who began working on Canopy’s arrival to the country in early 2019. Canopy entered the Argentinian market through its Spectrum Therapeutics division, dedicated to the medical cannabis business.

However, Canopy’s Argentinian subsidiary was doomed even before it fully launched. Constellation Brands, the holding company that owns the brand of beer Corona, took control of the reins of the company, after Linton, the founder and co-CEO of the firm, and Mark Zekulin, the sole CEO at the time, left the company.

“They changed the strategy. From Linton’s idea of positioning the company in countries where there was regulation to work in education and information, they shifted the focus to the search for results in the short term,” points out a source close to the company.

The asperities between Linton, who founded Canopy in 2013, and Constellation Brands began, precisely, due to the lack of positive numbers in Canopy’s balance sheets. According to the report for the first half of fiscal year 2020, the company had a net loss of $1.24 billion (CA$1.65 billion), almost four times more than in the same period of the previous year. In its balance for the last quarter, Constellation reported that its investment in Smith Falls, Canada-based Canopy, brought a loss of $484 million.

After the departure of the founder, which became official on July 3, Canopy’s budget for the countries in the region, including Argentina, began to be cut. A total of 14 employees were laid off in Latin America, which was 15% of the workforce. “This decision was taken based on a review of our regional operations and our staff in order to prioritize the markets where regulations are advancing faster,” said Liliana Morales, Canopy’s communications manager.

Chile and Brazil were also among the subsidiaries that suffered cuts. Meanwhile, Mexico and Peru will become the focus of marketing at the regional level, while Colombia, where Canopy has a production license, will remain a production hub.

Veritas Farms Inc (OTC:VFRM) is a vertically integrated agri-business that is set to dominate the cannabis sector in just a few years. Veritas is focused on the entire process of cannabis manufacturing, from seed to the end product that consumers can purchase at more than 5,000 stores across the US. The outstanding network of retailers and partners that sell Veritas Farms’ high-quality CBD-based products is the result of the company’s strategic plan to expand.

With its emphasis on transparency and honesty, Veritas Farms managed to close a groundbreaking partnership with Winn-Dixie and BI-LO supermarkets to supply CBD to their 152 South Eastern stores. In addition, last week, the company announced another astounding partnership with Bi-Mart network, which will sell the company’s CBD-based pet products.

Veritas also announced the launch of a new line of full-spectrum hemp oil pet products, for which the company was awarded the second place for best product at the ERCM Hemp Derived Pet Products Showcase. This cannabis industry event took place in Cape Coral, Florida at the beginning of November.

Given the difficulties faced by the cannabis industry’s giants, investors should consider shifting their strategy and pay more attention to smaller caps like Veritas Farms Inc. The company is taking steady steps toward achieving success and gaining high profits on the competitive cannabis market.

Could the cure for Herpes be just what the Doctor ordered for Synergy Pharmaceuticals?