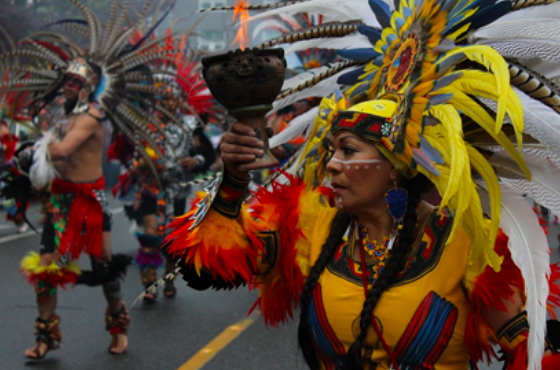 When considering the difference between Trump and Biden, many people belonging to minority groups across America are considering not just how the candidates have behaved in the past in relation to the groups, but what they pledge to do going forwards. Native Americans number around five million people in the US, with approximately 720,000 residing in the state of California. So, considering each candidate’s position and understanding of issues affecting the community is critical. But what concerns do Native Americans have regarding the 2020 US Presidential Election?

Tribal land and how the federal government will protect it is an overriding issue. Native Americans living on reservations don’t own the land as it is held in trust by the government. As such, issues abound around the natural resources that should have naturally supplied these reservations. Such reliance and disputes on issues such as water will grow more striking as the effects of climate change are felt, and some resources become scarcer due to the fires across California.

40% of Navajo households, for instance, don’t have clean running water, and have to rely on water deliveries. So, if a candidate were to shore up the Native American vote, access to basic supplies and the issues over tribal land would be the most important factors. The Dakota Access Pipeline issue helped bring disputes over land to the fore back in 2016 when protests grew. Issues relating to the environment, and how it impacts tribal lands are also important.

The returning of artefacts back to tribes has also been a key issue in recent years. The British Museum, for example, has already returned some artefacts, and France has made a point of returning other pieces taken from Africa. The prevalence of this issue could help sway the community, especially in conjunction with the repatriation of remains, which was passed in the Senate in August 2020.

The fires bring another key issue to light – especially given how Native Americans have been preventing mass fires for centuries. Fire has always blighted California, but Native Americans used to manage the fires and implemented techniques to control major blazes by starting smaller ones and clearing the forest. As mismanagement of the forests was a key factor in the latest spate, Native American tribes are being asked to help use their knowledge of controlled fires to help prevent further damage to hectares of land.

The cultural burning was seen as a religious ceremony, so was banned. Instead, the state worked on suppressing the fires, which led to them growing worse. There has been a tentative move towards bringing in tribes to help manage the forests better. Candidates showing trust in native groups could help bridge gaps and create trust. The fires may be one of the issues that Native American expertise is called upon, but could be the start of carefully developed relationships with the community.

The casino has been a source of Native American enterprise for generations. The tribal sovereignty possessed by the reservations and tribal land that casinos are built upon, means that gambling cannot be banned as it can elsewhere. So, being able to run these casinos is a huge source of Native American enterprise. Adding other elements, such as sports betting, or even online methods, could help boost the economy here.

The Native American vote – though often neglected to be listed when candidates talk about communities, can substantially affect the corridors of power. Bloc voting could see swing states shifting allegiance, with substantial communities in most states spanning west of Mississippi. The rural nature of the tribal communities means they are skipped from the campaign trail, but if a candidate chose to focus on issues that specifically affect the Native American community, perhaps they could swing the election, which is already on a knife-edge.