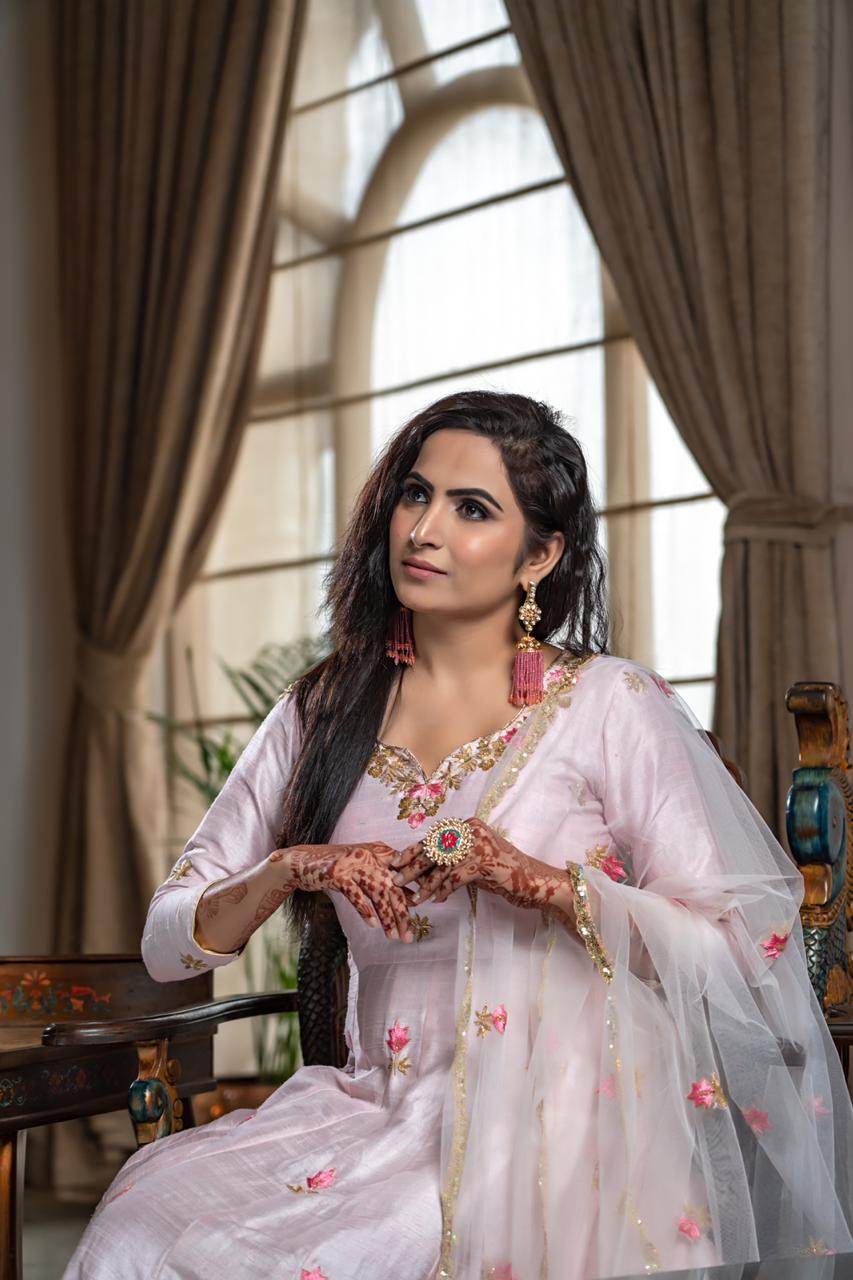 “The world of fashion is challenging and demands continuous revision. As a designer, I feel it’s imperative to maintain a signature style along with responding to buyers’ demand” affirms Nimrat Kahlon. Nimrat is a young entrepreneur who has surfaced as a great agent of change to the way fashion was perceived in Punjab. It is the first heritage clothing brand of Punjab that has made major collaborations with heritage properties of India.

She started on a very small scale but kept expanding her empire by adding new designs every month. Her appetite for resurrecting the traditional forms of fashion has made her become a designer of great credibility. Her entire work is based upon re-defining traditional clothing styles so that they are affordable, modern and wearable. “Our age-old crafts are priceless in every way. These find relevance even today” opines Nimrat.

The quantum of work that she has produced in just few years has set an example for the young fashion aspirants who wish to launch their own clothing labels. Nimrat recalls “Growing up, I was deeply fascinated by the charm the world of fashion holds. It just gave me an opportunity to make my imagination come to life”. It is a persistent hard work that has made Nimrat attain global recognition. She believes “If you are confident about your ideas, bring them to the table, they will surely catch someone’s attention. Just be original and truthful to yourself”. Nimrat also adds “Every great design is borne out of some visual memory and some experience. I have most of the times followed my instinctive mind”.

In just a couple of years, her clothing brand has become a household name for buyers all over Punjab and Delhi. Her inimitable designs amplified by an extraordinary presentation works like an icing on the cake.

One Day Away Until Cole Moscatel’s Mexico Birthday Celebration

Supporting The Fempire: Angolina Amores, The Female Mogul, Is Teaching Women To Be Their Own Sugar Daddy