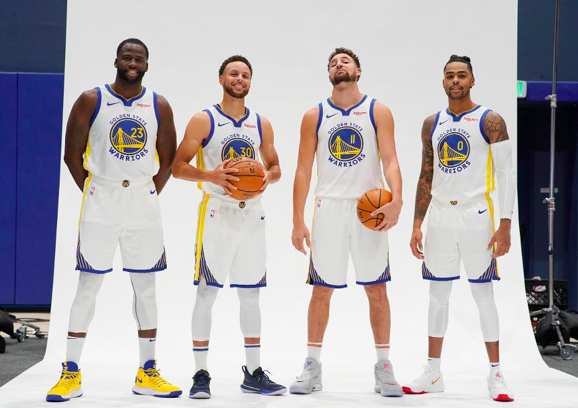 Before the playoffs commenced, there were a few things in which basketball fans were fairly united. The first was that this was going to be the strangest, most surreal, postseason in the history of the sport. Games being hosted at a Disney bubble with no fans in the stands and only digitally created crowd noise was the stuff of science fiction…yet here we are.

Second, was the innocuous assumption that two of California’s teams were the favorites to take the conference title. The Golden State Warriors had gone from the penthouse to the outhouse in one season so it was the Lakers and Clippers that reigned supreme in the West with, perhaps, a little pushback from either the Nuggets or Rockets.

Yet, as the first-round unfolds, we see the Lakers cruising to what is anticipated to be a 4-1 series win over the Trail Blazers while the Clippers are dealing with a superhero without a cape in Luka Doncic. If you’ve been vacationing on Pluto during the last week, the Slovenian Slayer has been a force of nature over the first four games, with the series currently tied at two apiece, and was at his preternatural best in Game 4 when he struck a three-pronged dagger into the hearts of the Clippers with no time remaining in a stunning 135-133 victory.

“One of the best feelings I’ve ever had as a player,” Doncic said about the winner. “Just something special.”

“We know this kid has got a flair for the dramatic,” Mavericks coach Rick Carlisle said. “He’s a guy that lives for these moments.”

The fact that Doncic played at all was a testament to his grit and determination. The verdict was out until shortly before game time as the 21-year-old wunderkind was dealing with a sprained ankle and his status was questionable for Sunday’s Game 4 showdown. Dallas’s second star, Kristaps Porzingis, was a mildly unexpected scratch as he sat out with a sore knee, which made the win all the more stunning.

So now we have a bona fide race between the Mavs and the Clips, a best of three series to determine which team will advance. But the big question Clipper Nation is asking is, “Where’s Paul George?” The six-time All-Star finished Sunday’s contest with nine points on 3-of-14 shooting and is a dismal 29% from the field in the series.

“If I make shots this series could be a little different,” George said. “That’s what it comes down to. Give them credit, they’re playing well. Luka’s playing phenomenal.”

LA’s Kawhi Leonard is still king but the way Doncic has been playing, Leonard’s grasp on the throne is tenuous at best. The Clippers got an enormous contribution from elite sixth man Lou Williams, who bucketed 36 points in the Game 4 setback.

Although Damian Lillard put a scare into the Lakers with his Game 1 heroics, in which he scored 34 points en route to a 100-93 victory, Lebron and company put that behind them and have gone on to three consecutive victories. None of those wins was more convincing than the 135-115 Game 4 blowout held on Kobe Bryant Day in LA.

“To be able to continue his {Kobe’s} legacy is something that hits home for me, and it’s easy for me because I put in the work,” James said. “And if you want to see results you got to work at it. It’s not about the wins and losses.”

Lakers’ coach, Frank Vogel, commented on all Kobe Bryant has meant to the Lakers’ family before Monday’s dominating Game 4 win, “It’s just a tough thing for all of us to handle and go through. It’s been important to us all season to embody what he stood for and represented and to exhibit that Mamba Mentality. Maybe it’ll be exemplified some [Monday], but it’s really been with us every step of the way.”

As it stands, the Lakers are almost exactly where they want to be, and will bounce the Blazers within the next game or two, now that Lillard is not only hampered by a dislocated index finger suffered in Game 2 but is now dealing with a right knee injury sustained in Game 4. No Lillard, no chance, for the Trail Blazers.

Conversely, the Clippers are getting all they can handle from the Mavericks and their boy wonder, Luka Doncic. Even so, it appears the Western Conference Finals will run through LA with either the Lakers or the Clippers playing for an NBA title.