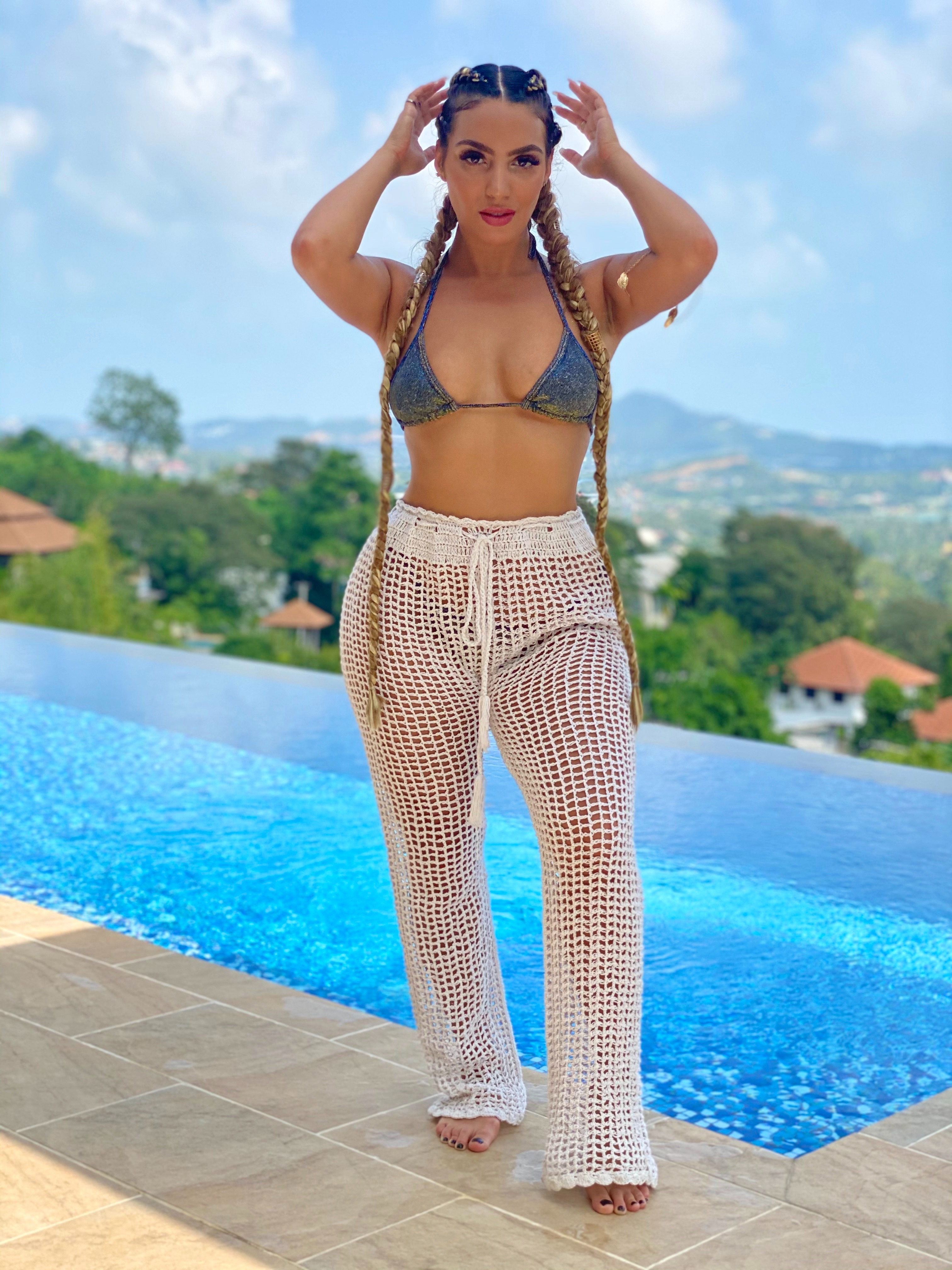 Ara QueenBae has blown up the internet more times than we can count with her sexy bikini pics and twerking videos that she’s taken all over the world. She made a name for herself by quitting her 9 to 5 and networking her way into internet fame. While she has been blowing up your explore page for the past year she now intends on hitting the top of the music charts. We caught up with the 26-year-old Canada native, who has new sounds on deck for release later this year. We wanted to pick her brain and have her spill the tea on her new and exciting career path.

This is the first time that I’ve heard about you making a transition into the music industry. Do you think your fans will be surprised with your new project?

What draws you into the music industry?

“What draws me most into the music industry is the fact that a song has the power to really change your mood and vibe. That you can get focused on a task, a workout, or put yourself in the zone with certain songs. That’s what draws me mostly into music. “

What can we expect AraQueenBae to bring to the music industry?

“You can expect for me to bring lots of good vibes. Just like a very chill but also good vibe/feel good music. You can expect a lot of things similar to Tropical House, HipHop, and R&B. I love R&B, Hip Hop, and I’ve been getting into a lot more Tropical House especially when I travel. Those types of music just put me in a great mood. My goal is to bring a change of mood and vibe to people by just listening to my music. I want my music to bring people around if they’re having a bad day. If they just needed an uplift, that they can play my music and it does that for them. Feel good music that puts the listeners in the right mindset, makes them feel good and motivated to get their day going. To get on that assignment, on that work project, to kill that workout, to get things done. I just want to get them motivated and get them in that inspirational mindset that they weren’t in before they played that song.”

Who are you most inspired by in the music industry?

“I’m inspired a lot by Rihanna, Teyana Taylor, Kygo, and of course Drake. I also have a new found love for House and Electronic music. Especially Tropical House, that specific sound is something I’m really interested in. Those are the types of music that really inspires me. As well as many R&B artists like I had mentioned earlier. Spending so much time in Canada, I have always been so inspired and driven by the many talented artists that we’ve all seen come from there as well. I’d be honoured and would love to be able to collaborate with them in the future and you know bring something new to people.